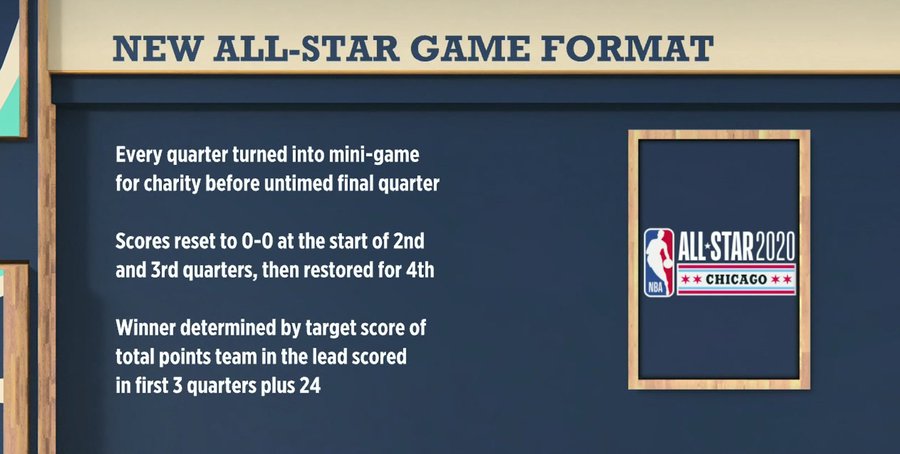 “It makes the game more competitive. You hope that these guys will go out there and go hard” – Barnes

“I think people are going to like it. It’s a lot of words to describe who wins a game” – Lowe

What makes Kobe so beloved by fans?

“Basketball and sports in general, especially in LA, it just brings all walks of life together. LA is made up of mostly Latino fans” – Pierce

“It’s nothing about love. They will do anything for Kob” – Barnes

“I still haven’t gotten past shock to grief. Every time I look out at LA Live & Staples Center, it doesn’t feel like it’s a real thing, but it does show you that LA is a city of many cultures, but a lot of transplants. Kobe was one of them. People felt like they grew up with him” – Lowe

I know he's now watching us, as well as Gigi … I think the most beautiful thing is that it's connecting all of us."

Kyrie Irving on the loss of his close friend Kobe Bryant. pic.twitter.com/1GX0LRaxXG

“When I interview players, the thing that players are usually most excited to talk about first if they don’t know me is some nuance or craft of the game. Some piece of footwork. That was Kobe. Kobe was an expert at every trick of the game/footwork. Young players see that and admire that. Kobe was absolutely fearless and that’s what fans loved about him and that’s what players loved about him. They envied it” – Lowe

“He’s everything for this generation. He always talked about his work ethic. Kids now have a great of understanding of: If you want to make it, this is how you have to work and Kobe lead the charge on that. He not only defined the generation of youth, he defined being a pro’s pro because we emulated him” – Pierce

“He is this generation’s Jordan. He really wants everyone to get better (in other sports besides basketball). It just speaks to how much he motivated not only basketball, but the world in general” – Barnes

Dame Lillard: 45% FG from 33+ feet this season (According to Second Spectrum)

“Kyle Lowry is No. 1 [on greatest Raptor of all-time]. He’s the longest tenure guy on their championship team. They’re going to build a statue of him.” – Lowe

“I got Kawhi Leonard” – Pierce

Who did it better?

“It’s a little bit petty. I probably would have pushed him too. That’s like adding insult to injury” – Pierce

“That was a little bit rude” – Lowe

I apologize for using the term “female tendencies” I have the upmost respect for women and everything they mean to us. It was a Heat of the moment response and I never intended for any Women to feel as though in anyway I’m disrespecting them. Again I apologize with my comments.

A loud "Sell the team" chant rises up at MSG with Knicks down 18 and a fracas on the court just broken up. MSG starts piping in loud music to break it up. Things are not going well in New York tonight. pic.twitter.com/X9zM0VQ3Vg

Ja Morant says there’s no hot water and only 3 drops of water coming out of the Knicks visitor showers.

The Grizzlies are actively trying to get both hot water and water pressure to take showers right now.

“I like to see Marcus Morris say that to Diana Taurasi, Tamika Catchings and Elena Delle Donne” – Lowe

“That’s just a figure of speech [from Morris]. He was trying to make a point that he was soft more than anything. I don’t think he meant disrespect to women by any means, he just meant soft” – Barnes

“I’ve been talking about this for like the last 5-10 years. This is not a new low for the Knicks because you can’t get any lower than they already have been. Everybody is waiting for this franchise to get to some relevancy. Something has to change. Once they get new ownership. you’ll see change. Just look at the Clippers” – Pierce

“I haven’t heard anything [about them changing ownership]” – Lowe 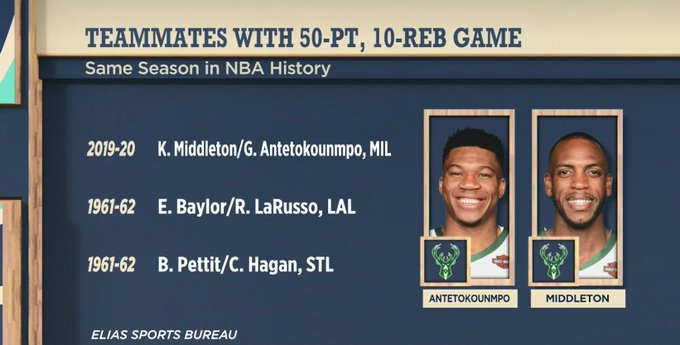 “I predicted that Milwaukee would win the championship this year before the season started. I really believe that Giannis and this group has something to prove. They’re ready to take that next step. This team knows each other” – Pierce

“The Bucks will always be judged on the playoffs” – Sedano

“The thing that people miss about Middleton: He’s not just a good shooter, he is a knockdown shooter. People want to be skeptical about them because of the playoffs last year, but the guy [Kawhi Leonard] that shut Giannis down has gone to the other conference. Milwaukee is better than some of the other East teams. Philly is built to face Milwaukee and give them problems, but they just haven’t kind of gotten together this year so who’s the team?” – Lowe

“If I were a free agent this summer, it would give me a cause for concern. If I were a team that was on the verge of the luxury tax, but had plans to get just under it, that would also make me concerned because the tax will be lower. Free agency this summer is going to be pretty tight and that helps the teams that are actually over the cap because what they can offer becomes more powerful than it was before. But it’s not that dramatic” – Lowe

“I don’t think the players are worried about it” – Pierce

Just wanted to tell you I Love you my brother and whatever I did to hurt you I’m sorry bro and hope you forgive me!!! I love you bro real Talk! @KDTrey5

Kobe’s wife posting on social media for the first time since the tragedy:

A source describes Luka Doncic's right ankle injury as similar to the one he suffered earlier this season. Doncic missed four games and returned to practice 11 days later after his previous ankle sprain.

“It’s huge. He’s everything to that team. It’s a huge blow for Dallas” – Perkins

“This really makes it interesting because if he misses significant time and they drop in the standings and up being a 6th, 7th or 8th seed and Doncic comes back healthy, this could make the playoffs very interesting in that first round, especially the way the West is” – Pierce

“They definitely need him and he needs to get healthy” – Barnes 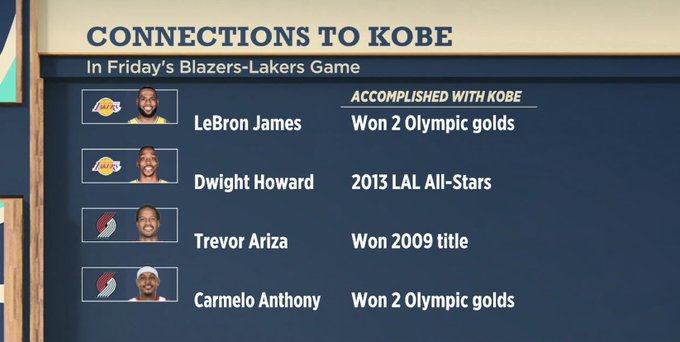 “They can rally around and be in kill mode” – Perkins

“The fans are going to uplift them. They’ll be ready to play” – Pierce

“They’ll kill Portland or struggle a bit, but I don’t see them losing” – Barnes