What’s the market for JR Smith? 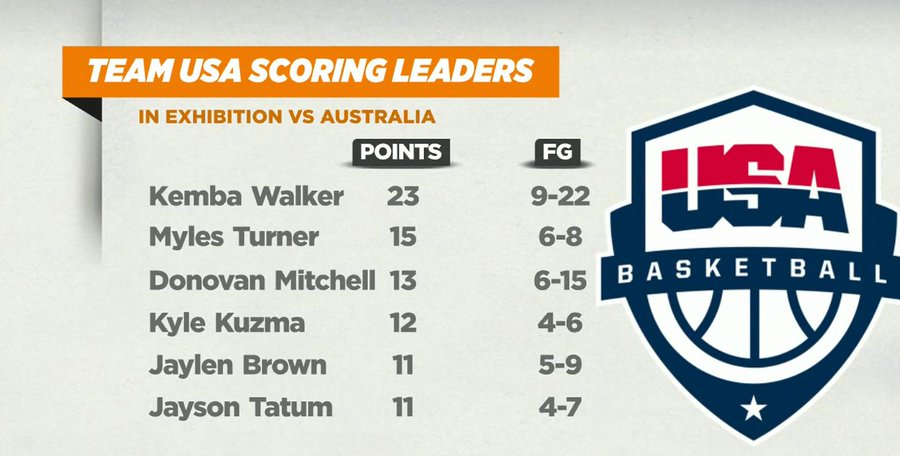 “We might be sleeping on Boston a little bit too much here. If you’re Danny Ainge right now, you’re feeling pretty good. This is a team that we’ve pegged in that three to five range in the Eastern Conference but they might be more towards that Milwaukee, Philadelphia range” – Marks

“When it comes to just the game itself and how they played, I think this is actually the formula for them to be successful in this tournament because the games are going to be a little bit close, teams are going to trying to outplay and out execute them and it will come down to shot making” – Young

Fair for Aussie fans to blame Team USA for lack of star power? 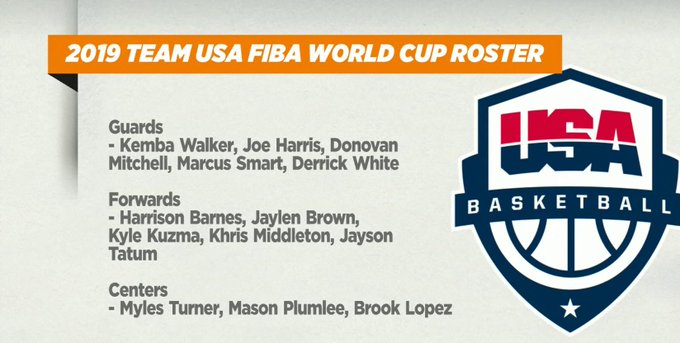 “This is up to the players. This is the way the World Cup typically goes. This shouldn’t come as a surprise to anybody” – Young

“Blame the promoter, not Team USA. This is still a good team and they’re going to be the favorite” – Marks

“I blame load management. This team is a lot younger than the 2014 team and I just feel like the bigger stars want to protect themselves” – Hubbarth

Is Kemba the best player on Team USA’s current roster?

“I don’t if he’s necessarily the best player, but he’s going to their most important player. I think Jayson Tatum is the best overall player” – Young

“His reputation takes a hit just because he was playing in Charlotte. I do think he’s the best player on this team” – Hubbarth

Dame on superteams: “What is the challenge or the fun in that?”

“They’re going to have to build through the draft” – Marks

Are there any “superteams” this season?

“By the traditional sense, the superteam is kind of over. We’ve always kind of classified them as a three guys. This is kind of the duo era” – Young

“We are in that super duo era. The closest [superteam left] is probably still Golden State when Klay Thompson comes back from his injury” – Marks

Think Kuzma’s on the bubble?

Lots of talk already about the view from ground level at Marvel Stadium where ticket holders paid hundreds of dollars to see #BoomersUSA. This is the view… https://t.co/KUpXuYFahM pic.twitter.com/m8Zh3mMPxa

Is Andrew Bogut an underrated passer?

Safe to get excited about Michael Porter Jr. yet? 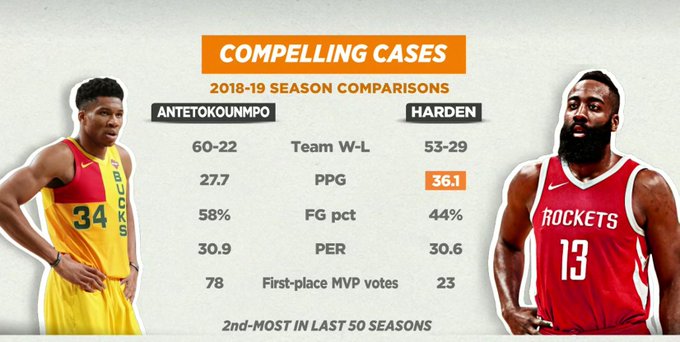 “This is the most tired take ever. Who’s the narrative against? Giannis had an historic season, he was on the best team in the NBA, he deserved the MVP. I voted Harden second [in the MVP voting]” – Young

“I didn’t have a vote, but I would have voted for James Harden. But a lot of it goes back to: What is the criteria for MVP? Is it the best player on the team? Is it the best team?” – Marks

“He felt like he was slided in some way and he wasn’t. He just didn’t win the award” – Young 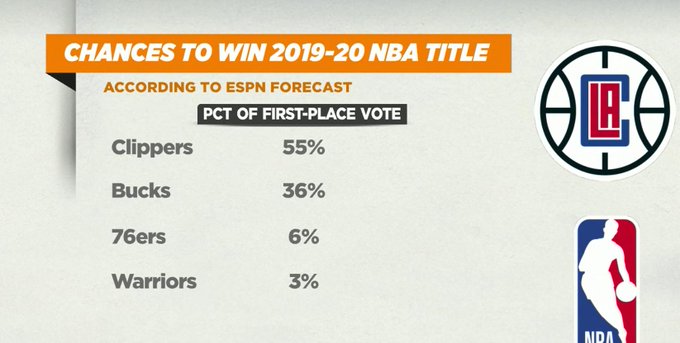 Young: Everything
“That’s big time. Who else are you going to pick?”

Marks: Nothing
“Denver could win the title. They have team continuity” 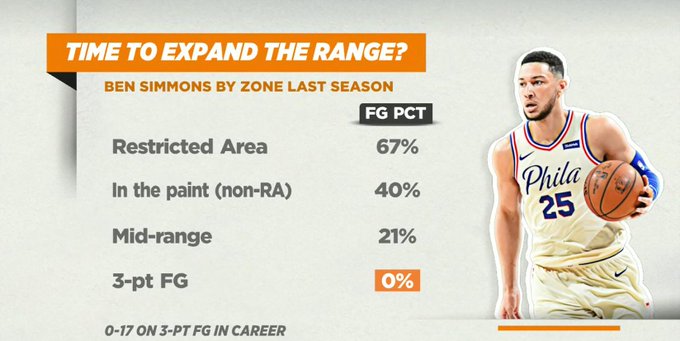 Marks: Something
“For him to be able to work on this now, let’s see what happens when we get into the games as far as if he’s going to take and make a three point because they’re going to need him”

Young: Something
“I got to see him take it before he can make it”

Hubbarth: Something
“If he wants to continue to build on a career, he needs to shoot. This is a shooters game”

KD backing up Booker on double-teaming in pickup

GUARD UP! It’s pickup, if u weak defensively then work on it in the summer cuz if u need a double during the season then coach sittin u on the yine

I remember me and @Money23Green kept doubling @KDTrey5 the practice after all star break… he was mad shit!!! We was tryna win fam!!

Young: Nothing
“Double teams are too hard for Kevin Durant? He doesn’t like them? The guy is the best scorer on the planet”

The players pictured above are all with Nike

“Luka Doncic’s original deal was a carry over from his Europe deal. He’s actually expiring after his rookie year, which is very rare. Every brand is looking at him as a sensation. I think he’s going to get a massive deal. Maybe in 3-5 years, he could become a signature shoe guy” – DePaula

“Luka Doncic is going to have an impact globally. He’s headed for super stardom” – Young

DePaula on Devin Booker’s market for a new shoe deal:

P.J. Tucker doesn’t believe in load management (Via Kelly Iko of The Athletic) 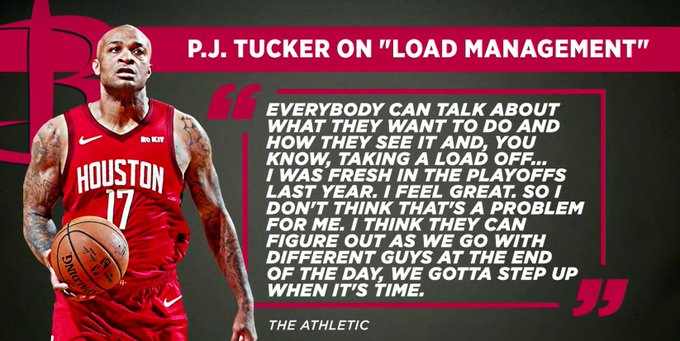 “They’re going to play. These guys don’t miss games. But as they get up in age, the minutes have to start to come down a little bit” – Marks

“Westbrook does not like to sit games. His usage is going to go come down as he shares the load with James Harden” – Young

Trae Young’s dad hints that his son should have won R.O.Y. over Luka Doncic 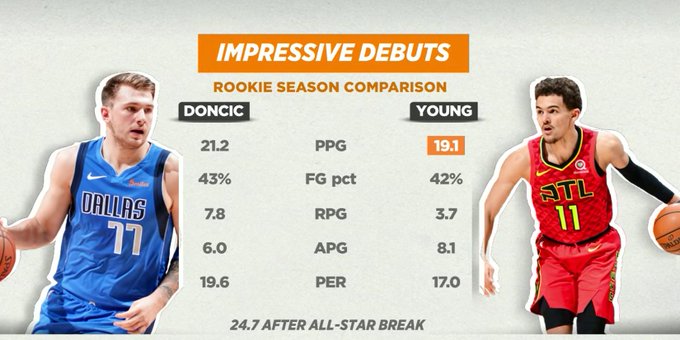 “He definitely has a point. He got 2 votes and I was one of them [that voted for him]. He had a great rookie year and needed to be acknowledged” – Young

“Trae came on at the end of the year” – Marks