Soundbite from one of the new episodes of “The Last Dance”: 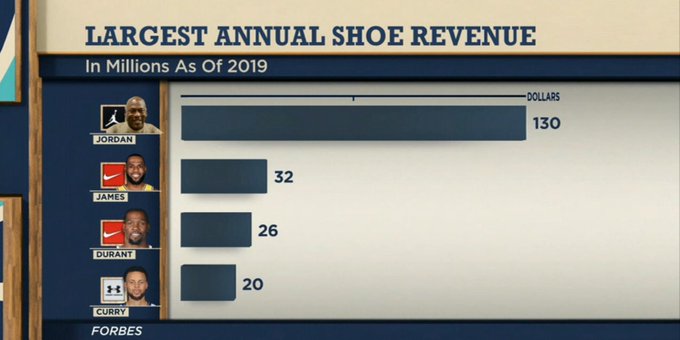 Rather build around Luka than Zion?

“No disrespect to Trae Young, JA Morant and Zion Williamson: I would build a team around Luka. He’s been playing against grown men for a long time. When we talk about him, a lot of conversation has been brought up throughout this season as to Luka arguably being the greatest 20-year old to ever come into the NBA. That speaks volumes because you’re putting him in the same category with greats like LeBron James and Magic Johnson – Perkins

“Zion is gonna be great, but Luka’s got a head start and so far ahead of the other young guys [Young, Morant and Williamson] that I don’t even know if they can catch up. The scary thing is: he’s not even in his prime. How much better is get gonna get? How did Luka only get 17 votes? That should have been unanimous” – Pierce

“Luka is physical at his position and I think once people see him play in person, they will realize the physical advantages he has over some of the other guys he’s going up against. As for Zion, he’s still such an unknown package. I can’t even really judge him yet” – Nichols

“I want to build another championship team, and we’re close. I don’t have much patience. Maybe we need another player, maybe we need less, I don’t know. We’re right there, and we’re a contender” – Pat Riley

“If the Miami Heat are close, that means every team in the NBA is close. But I don’t think they’re close. You’re close if you have a top 5 player playing on your team. No disrespect to Jimmy Butler, he’s good but he’s not on these other guys’ [LeBron, Giannis, Harden, Kawhi & PG-13] level” – Pierce

“I’m riding with Pat Riley on this one. I wouldn’t have been surprised if they came out of the East. I think they’re close. You do need that elite player. Do you need a top 5 player? No. I think they need an elite scorer. If they could pull off a trade and keep Bam [Adebayo] and Jimmy [Butler] and get back a Damian Lillard, that will get them over the hump” – Perkins

How much does potential lost season cost for Bucks?

“It’s gonna hurt them. This is their window. This is their time. They were the heavy favorites to come out of the East. They’re the only team in the NBA that has all the pieces to win a championship. They have a deep bench, they have shooting, they have shot blocking, they have a star in Giannis and they have a robin in Khris Middleton. If the NBA doesn’t come back, it possibly could hurt the Bucks in re-signing Giannis to an extension and maybe losing him to someone else in free agency” – Perkins

“This is devastating because you don’t get these type of opportunities. Teams are going to get better a year from now. If I’m Giannis, I’m devastated” – Pierce

Saw some reports about execs and agents wanting to cancel season??? That’s absolutely not true. Nobody I know saying anything like that. As soon as it’s safe we would like to finish our season. I’m ready and our team is ready. Nobody should be canceling anything. 👑

“He’s feeling some type of way and he should. His window is very small right now as far as him winning another championship(s). I’m with Bron. He wants closure. You have to be optimistic” – Perkins

“Time is definitely clicking for LeBron as he gets older. He doesn’t want any of these legacy seasons to go to waste. This being LeBron’s third team to win the championship, we might be talking about him and Michael Jordan in the same breadth” – Pierce

“I understand his concern because you hear different thing everyday. In my conversations with league officials, I’ve heard that they’ve said, ‘Why do we need to make a decision now? We have some time and let’s see how things play out'” – Nichols