So here’s what Giannis was doing at practice today 👀 pic.twitter.com/5qa9yCyjsx

“They should put this on in the hotel lobby to scare everybody!” – Windhorst

Note: Due to technical difficulties on Scottie’s end, he did not join the show until the final segment 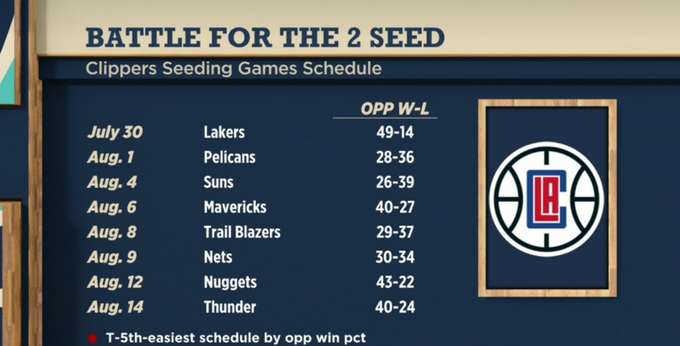 Impact of growing absences on the Clippers?

“This is still very much a work in progress. The Clippers spent the entire regular season trying to get to full strength. This is another delay to them. They don’t have to be a 100% in full power until mid-August. But you’d like to have some continuity and that’s gonna be hard to do” – Windhorst

“I do wonder, in an unusual situation like this where this is a team that feels like it is gonna be here for the full three months, players may be leaving now to attending to different family things that they wouldn’t be leaving for if this was September or October. But there are things that maybe you would not leave an NBA Finals for, but you would leave if you’re in the middle of an exhibition season. There is a feeling here of they just got to get through it. At least the Clippers have depth that some other teams don’t have” – Nichols

How quickly do Rockets need Russ in top condition?

“We just don’t know how fast people recover from the virus. It’s just really difficult to project it. As long as you’re hitting your stride by the time the playoffs come, I guess they should be fine. Historically, Russell has rebounded from injuries and recoveries very fast. And I think that’s attributed to the fact that he’s an incredible athlete. I just don’t know if that means anything coming back from the virus” – Windhorst

“He told me that he tested positive right after 4th of July weekend. He wasn’t feeling sick. He said he had a little bit of a stuffy nose. He told me he never would have thought that he was COVID positive if it had not been ofr the league’s mandatory testing starting. I talked to PJ Tucker and the four months off did a world of good for his body because he has been getting so beaten up all season playing against bigger guys and banging down low at his position. And the question of seeding doesn’t sound like it’s very important to this team, at least that’s what they’re saying” – Nichols

“You’re going to see teams not focused on seeding because home court is kind of irrelevant. But I do think that where they get seeded could affect where the Rockets end up going in the playoffs” – Windhorst

Continuing the countdown to the restart of the NBA season, here is… 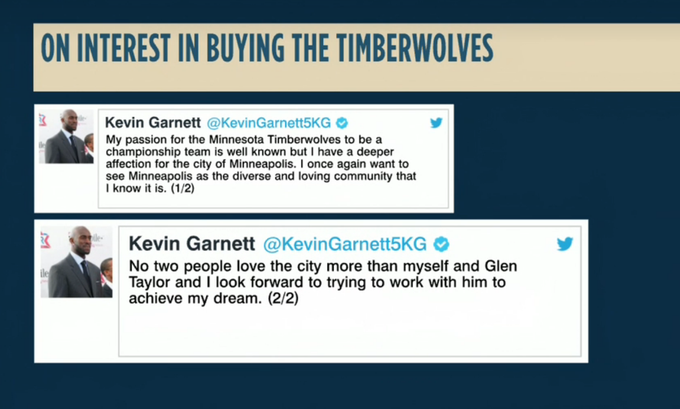 More on the Wilf family that owns the Minnesota Vikings emerging as a serious candidate to buy the Minnesota Timberwolves:https://t.co/0IN87dh4no

What would KG as owner mean for Timberwolves?

Garnett believed that Taylor would sell him the team after Garnett retired, both him and former Timberwolves head coach, Flip Saunders before Flip’s untimely passing and it caused a very deep schism between the two

“Not the best time to come in and ask for your bid to be accepted. But KG and his group are behind. KG would only be a bit owner if his group got selected. The real question is: How much does Kevin Garnett want to be involved? Since he won’t be the owner in controlling the finances, the primary owner, the way he would impact it is if he was working in the front office or in some role like that and he hasn’t done that. It’s very unlikely that he becomes a significant owner piece here. But his desires mean something, especially for a team that quite frankly has had trouble connecting with that fan base ” – Windhorst

“I have to think that someone of his stature in the game, someone with his voice, his leadership, if I’m the NBA, I am talking to Glen Taylor about making a push to have Kevin Garnett involved. This would be very good for the league overall to have some of their former players be able to buy into some of these teams, have a more diverse group of ownership because we all know what the Board of Governors looks like right now and the NBA has the desire to do better. To have a group that is more diverse. But they have to have teams sell. There has to be more opportunity. I still think the leadership he could show in a front office, as a part owner, would be so significant” – Nichols

“This moment for these players to be able to use this platform to rise, everyone is looking for that type of leadership, someone to look up to. This is showing a lot of brotherhood in our league” – Pippen

“While the enemies are sleeping, you have to be prepared to attack. Giannis always working. He knows he has a lot of work to do before his game is complete” – Pippen

“There goes his credibility! His teammate, Khris Middleton said he hadn’t picked up a ball for several months and I hear he’s killed it in practice” – Windhorst