Giannis: This title “The toughest championship you could ever win”

From the “hmm, I did not know that” files: JR Smith, who officially signed with the Lakers today, ranks 4th all-time in 3-pointers made during the NBA Finals

Time running out on Dwight’s decision?

“He has to make a decision. Unfortunately, there is a time frame that has to be abided by. If he’s not able to go, he should still put his teammates and his brothers in the best position possible to find a potential replacement. The longer this is delayed, which is understandable because of his child and because of the things that he’s concerned with, but at some point time, you have to let people go and do what’s best and continue on that journey either with or without you” – Jefferson

“Dwight’s entire career has changed this season. There was a feeling if he didn’t catch on with the Lakers and it didn’t go well, he was going to be out of the league. Making a run with this Lakers team could influence the next few years of his professional life” – Nichols

How should Lakers adjust if Dwight opts out of Orlando? 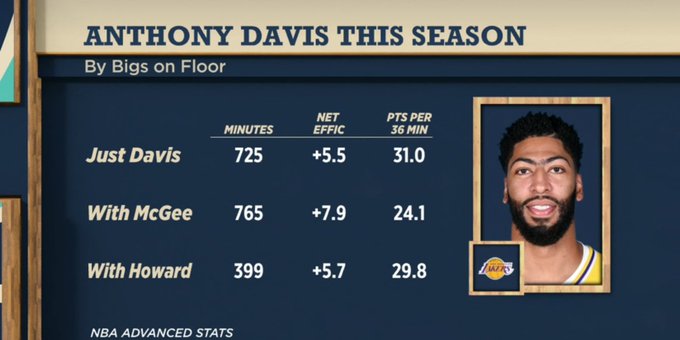 “The Lakers don’t have any other choice unless they sign a replacement that they think is ready for a big minutes. They’ve been outstanding all season with Anthony Davis at center. I would throw Kyle Kuzma at the four position” – Lowe

“Their room for margin right now is already at zero. The NBA is positionless basketball. I need to know more about AD’s statement [on not playing at the center position] because that confuses me” – Jefferson

“I think a lot of it has been not wanting to play that position throughout the season and just the sustained banging under the basket and the capability of getting injured. That may be that preference changes. It was always my understanding that he would move more toward the five as the playoffs progressed” – Nichols

Doc Rivers: “All indications” Lou Williams will play in Orlando 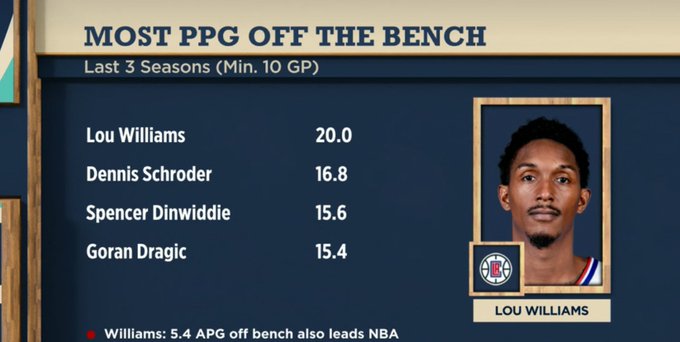 How much does Williams’ decision impact the Clippers title hopes?

“It’s huge. With the Lakers losing Avery Bradley, it moves all of the Lakers defensive players including LeBron James up a level on the depth chart and when you look at the depth of the Clippers and all of the scorers that they have including Lou Will if you take Williams out of that mix, that actually levels the playing field a little bit closer. The Clippers are the favorite to win the NBA championship with no Avery Bradley for the Lakers and Lou Williams now playing” – Jefferson

“You need everyone to win a title. He does stuff on their team that no one else does. It would be huge for them if he comes” – Lowe

What would a healthy Oladipo mean for Pacers?

“The health part is critical for him. He’s justifiably worried about his health. They were worst with him on the floor, but that was rust. Clearly, the best version of this team, the one that can do damage in the playoffs, has Victor Oladipo playing a big role” – Lowe

“I still feel like this team is still a bit further away from making actually making the type of noise that would be impactful. I think that’s what Victor Oladipo was saying. He might be looking at this more as whether he should take the rest of the time off and tool himself up to get ready for next season. The Pacers a year away from actually making a legitimate run to a conference final” – Jefferson

“If I’m him, there’s part of me that is interested in being there and playing in games so that by the time you start next season, you have that run-up” – Nichols

Beal: “I have not made a decision on playing in Orlando”

“I’m not swayed one way or another.” – Bradley Beal

Beal also said he has spoken with the WNBA’s Washington Mystics, Natasha Cloud and she is sitting out this WNBA season to concentrate on stopping social injustice

“He should not play, as a basketball fan. There is too much to risk. Beal is someone who could potentially be on a contending team the following season. With all the other things going on and with the increased opportunity for injury, there is a lot at stake for him and the Wizards. If he’s 50/50 and he chooses not to go, I’m not going to be critical of that move by him” – Jefferson

Continuing the countdown to the restart of the NBA season, here is #29:

Anthems will be played in Orlando | Silver on kneeling: “We’ll deal with that situation when it presents itself”

Back in 1996, Mahmoud Abdul-Rauf was suspended one game for not standing with his teammates during the anthem:

“This was just a form of a peaceful protest. Stop focusing on the kneeling. We have to focus on what it stands for. I don’t like to focus on the protest or the act of what is peaceful and what is not. I like to focus on the message and opportunities. It’s been a hot-button issue, but part of the reason why is because people are focused on that and not the actual reason why a person is actually protesting. Again, this is not about kneeling. It’s to bring attention to the cause and what they’re trying to bring attention to” – Jefferson

“We in the media have a responsibility to not focus too much on the act itself because then it ends up distracting from what everything is about. Focus on the action, focus on the leverage the players have to kind of force their teams into taking some of these actions. If the players want to kneel, they should be able to kneel, particularly now” – Lowe

“The NBA, at some point, needs to take a position on this” – Nichols

Adam Silver to Doc Rivers: 2020 Champ “Deserves a gold star, not an asterisk”

“I’ve been saying: Badge of honor. The one exception is that it’s unavoidable. If there’s an outbreak that decimates one of the best teams, it is going to be tainted a little bit” – Lowe

“There’s no such thing as an asterisk. They do not exist” – Jefferson