“I think it’s great that these players use this platform to really voice their opinion. I don’t want basketball to take away from what’s going on right now and I know that the players are deeply rooted to make sure that they don’t draw all the attention away from the social justice. We definitely want to see some justice for Taylor” – Pippen

“One of the reasons why a lot of players came was for opportunities like this. This is one of the things we’re going to keep seeing and one of the reasons that coming to Orlando, and yes playing basketball was to take advantage of the media operation is the reason why this is such a valuable time and he proved it” – Windhorst

“I hope we’re going to see more of this because we cannot say her name enough. She deserves justice and we will not forget her I am very pleased to see the players using her name and using the names of so many others who deserve our attention” – Nichols 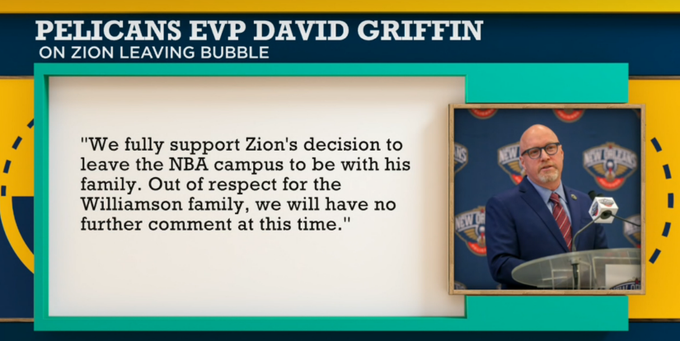 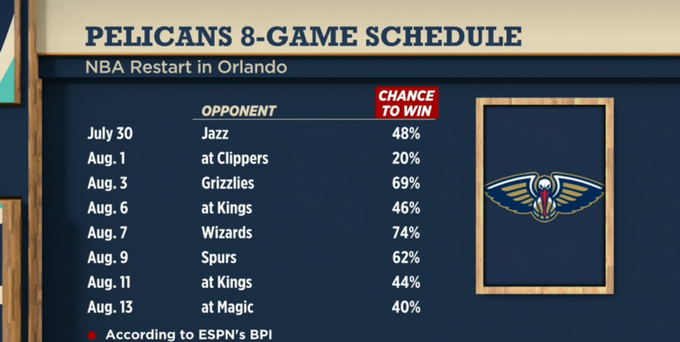 “It’s a devastating blow to the restart. It was really expected to be Zion’s time to shine and it still might be but we don’t know what he’s going to deal with and we don’t know what his time frame is. It’s disrupted his return to play protocols. The Pelicans don’t have a lot of time to mess around. Our thoughts are with him but it’s really disappointing as an NBA fan that this is happening” – Windhorst

“They could be scary if if Zion is is there with him. To lose him, they lose a lot of confidence. They’re probably losing the best player on their basketball team because they have a lot of momentum going” – Pippen

Continuing the countdown to the restart of the NBA season, here is…

Pippen: AD
“If the Lakers are going to go anywhere this season, I think offensively, The weight has to be on AD and defensively, he has to be the anchor for them on that end as well. I expect them to have to play more of a small ball with AD playing as a big”

“I don’t think the Bucks are ready from a team standpoint. Giannis doesn’t have that 2nd player next to him to win a title. I do think that they’re capable of coming out of the east just because of the competition level there. But when you’re talking about winning the championship and when he goes against the Lakers or Clippers, he’s gonna be pushed back” – Pippen

Windhorst: Celtics
“I’m going to wiggle on a technicality because the Celtics are in the East: I’m worried about Kemba Walker acknowledging his knee is bothering him. They need him playing well. But I could be swayed”

Pippen: Celtics
“They can come out of the East. Rockets haven’t shown the progress and growth over the years. I thought they were a better team with Chris Paul”

“I do feel that the Rockets have one of the biggest swings of the teams in the bubble. They’ve got two former MVPs, they’ve got a style of play that a lot of teams won’t be quite prepared for from the beginning. I’m just not sure I would bet on them to get to the NBA finals” – Nichols

2009 – Blake Griffin with the high hops going for the monster putback dunk in NBA Summer League!

2010 – Lester Hudson throwing the ball off the backboard to John Wall, who slams it home and then stealing the ball to throw down the reverse two-handed jam in NBA Summer League!

Top Pick Style?
LaMelo Ball looking like the No. 1 pick?

“He’s looking real good. His dad is not overselling him. I’m sold on him” – Pippen

“With this draft, it’s not gonna necessarily be the player, it’s gonna be the fit” – Windhorst

The league sent out a memo, which was obtained by ESPN, to teams reminding them of campus rules, including: wearing face coverings/masks, dressing appropriately when receiving room service, and going through a mandatory educational session on campus rules.

“They’re going to do whatever they can. They’re going to keep throwing these rules and these memos out at the players just to kind of make sure that they keep them in line and to keep everybody safe” – Pippen 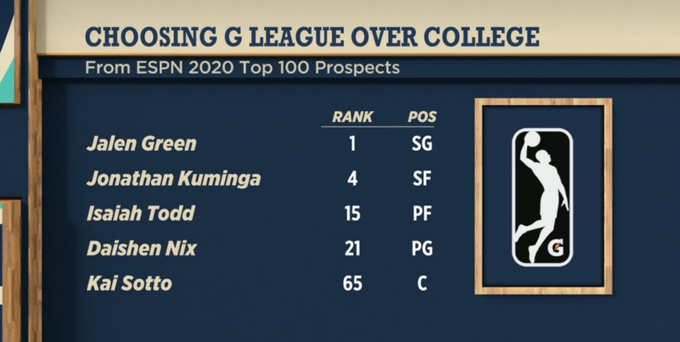 “This is gonna be the new norm. Players are going to see this as an opportunity for them to jump right into professional basketball, learn and be all in” – Pippen

Elena Delle Donne on Mystics roster, will be paid even if she doesn’t play

“She’s the best player in the game. Pay her” – Pippen

“At the end of the day, you’re going to support her. The league probably picked the wrong fight to set a precedent on with this player” – Windhorst