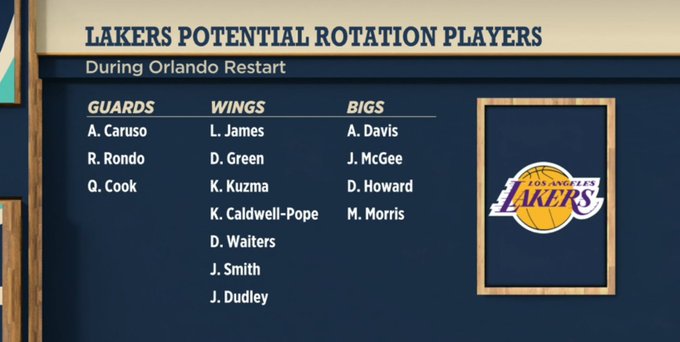 Smith to the Lakers make sense?

“Yes does it. The Lakers have struck gold with JR Smith. He has a unique talent: Shooting the damn basketball. I’ve been communicating with him and he’s working his tail off in and out of the gym everyday. The Lakers need spacing. He also has an effect where he doesn’t even need the ball in his hands or even score the ball to help the Lakers win because they have to honor him. He could just play as a decoy. This is a Dwight Howard story in the making” – Perkins

“I like this move. This is a collection of talent that you have to have trust in one of the greatest leaders we’ve seen in the game of basketball and that’s LeBron James. But don’t sleep on Dion Waiters. If he can channel and be focused, his additive qualities are putting the ball down the ground and creating” – Williams

“This kind of feels like a box of chocolate team, aside from LeBron and AD. You don’t know what you’re gonna get” – Nichols

Wants to spend more time with his family, particularly his grandmother who raised him 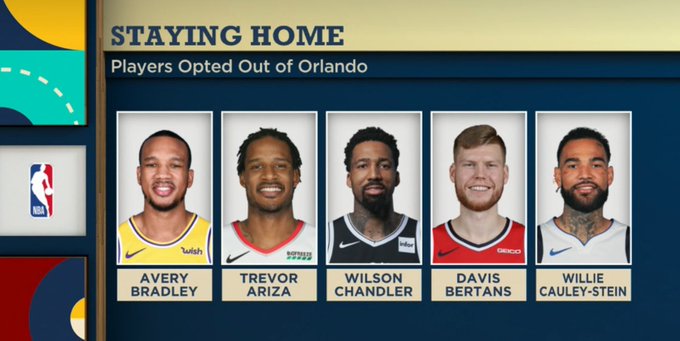 How could potential absence of Lou Williams impact Clippers?

He said earlier this month that he was “50/50” on a return to play. Williams says he’s concerned resuming the season could distract from the nationwide movement for social justice 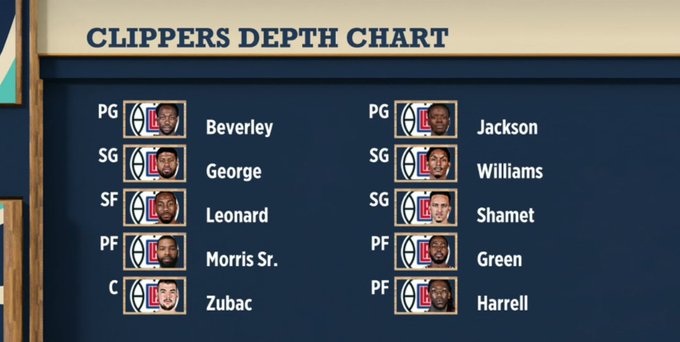 “That’s going to have to be a subjective decision by Lou. If he doesn’t play, that’s a major blow for the Clippers” – Williams

“The Clippers cannot win a championship without Lou Will. There chances go down the drain. A guy that’s ’50/50,’ even if he goes down to the bubble and play, is his heart in the right place? That’s a major concern. His focus is on the Black Lives Matter movement” – Perkins

Gobert said he had some “little things” that scared him, such as feeling as if he had “ants in my toes.” He said he had only “very slight” inflammation in his lungs when he went running in the mountains two weeks after his diagnosis.

Long-term effects of COVID-19 need to be a bigger deal?

“It should be a bigger deal for everyone in America. It should raise a red flag” – Perkins

“We’re still collecting data on this. So when people say, ‘well there’s no long-term effects,’ you don’t know that. That’s not a fact. That is your opinion. We live in a world where opinions become facts. You don’t know what the repercussions are gonna be down the line and how the league’s gonna need to handle this. It’s gonna be up to Adam Silver when enough is going to be enough if it gets to that point where they’ll need to pull the plug” – Williams

Did I make this dunk shot? Yes or no? pic.twitter.com/uQYLGeWvZm

Redick has dunked before in an NBA game:

And with that, let’s…

What’s the most important game of the rest of the season?

New schedule was released last Friday. 88 games with 22 teams to finish seeding the playoffs and figuring out who will be the eighth seed. Early notable matchups include: Clippers/Lakers (July 30), Celtics/Bucks (July 31) & JA’s Grizzlies vs Zion’s Pelicans (August 3)

“I’m watching all 8 of the Rockets games. They are the darkhorse contender that I’m looking at” – Perkins 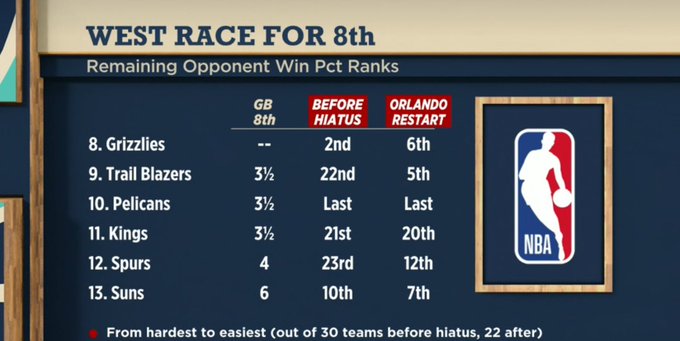 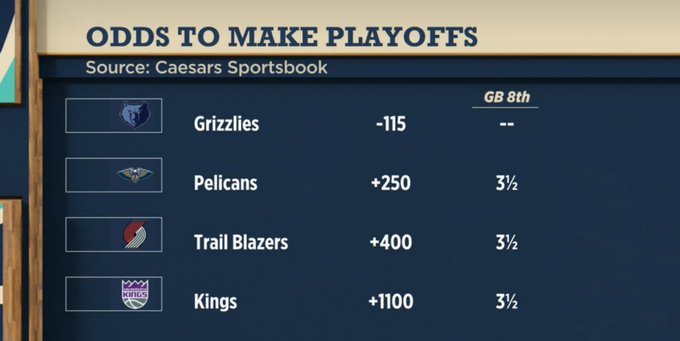 “Grizzlies. And that’s gonna hurt me because I have a bet with Jalen Rose that I would get a free suit” – Williams

“JA Morant would make a fantastic first round matchup with the Lakers. And don’t count out Portland. I’d like to see Damian Lillard go up against those guys” – Nichols

2004 – Hall of Famer and Jump Analyst, Tracy McGrady traded to the Houston Rockets in a 7-player deal!

T-Mac on his defense (Via SportsCenter): 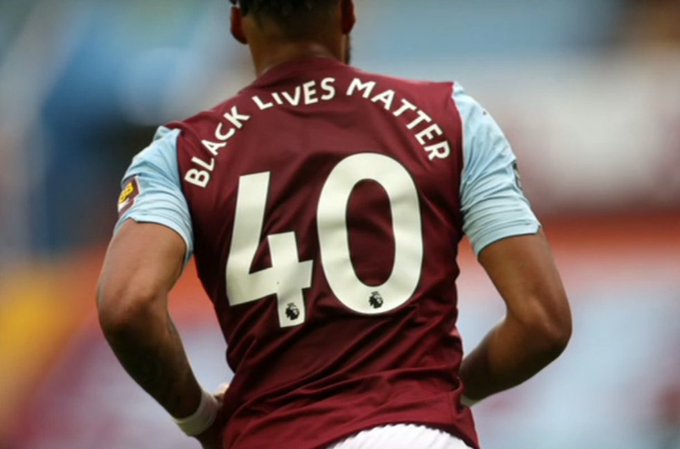 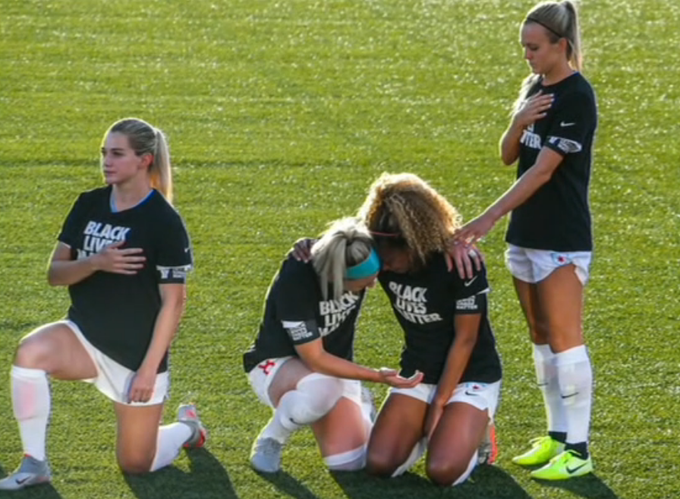 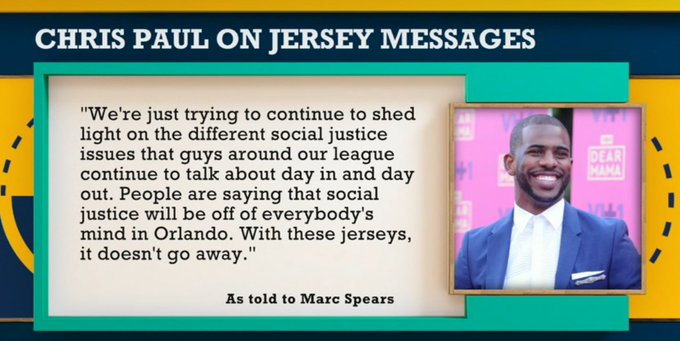 “Chris Paul is really, really excited about this. The NBA and Nike is involved. But there’s certainly some concerns like will the players say something that could be deemed offensive? But it’s something that they’re hoping could happen and be worn through the entire season” – Spears

“It’s a great start. It’s an incredible idea for social justice. But I would like to see the NBA and sponsorships come out with plans on what they’re going to be doing within their own respective communities and owners talking to different lobbyists about pushing for different legislation. The bigger plan is more important in the bigger scheme of things” – Williams

“JA Morant reminds me a lot of myself. I probably would have had to take back something too. I love the idea. To empower even more, it speaks volumes” – Perkins

“I expect these jerseys to become very popular sales items as well for Nike. I certainly would challenge them to donate proceeds from these jerseys to the Black Lives Matter movement and to causes that these players are trying to support” – Nichols

Other plans for NBA, NBPA to address social injustice?

“When you watch an NBA game, you’re going to get a social justice message for the next three and a half months. They’re going to be inundated with so many messages” – Spears

New series on The Jump:

“No. I wasn’t on the Sixers bandwagon at the start of the season. I’m not a fan of Brett Brown. They are a championship team at home and a lottery team on the road. I don’t give them a chance at all to win it all or even going to the Finals” – Perkins

“If they don’t get far this year, you’ll see Brett Brown go before you see them break Joel Embiid and Ben Simmons up. But maybe the best thing to happen for them was to have this hiatus. The question with the Sixers is consistency. They’re a darkhorse, they hit their stride, to mess up the East. They have the talent to do so” – Williams

Orlando setup more like home or road game for 76ers? 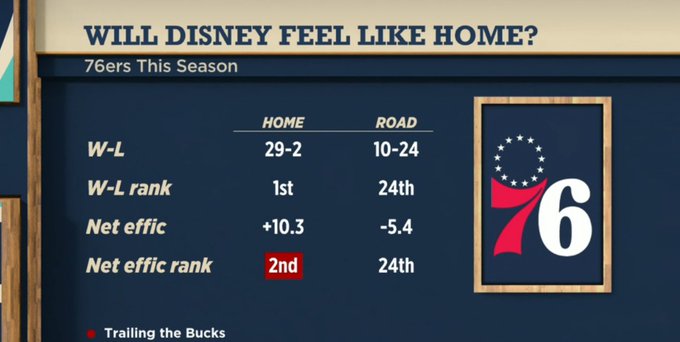 “It will be away for them. Jimmy Butler was their leader. I don’t know who’s their leader. They’re in a neutral site and I don’t give them a chance at all” – Perkins

“Neutral site is neutral site. One of the best defensive teams in the league with their wings, a team with their size, length and if they’re committed on the defensive end and there will be some questions offensively, I wouldn’t want to see that team if they hit their stride” – Williams

Fred VanVleet: “We all know the right thing to do is to not play, to take a stand”

“He’s always been very on point on about this is how it is. The reality is: This is one big time experiment that were watching in real time. These athletes are guinea pigs. This is about money. They’re putting their trust in the league to take care of you” – Williams

“Back the brinks truck up for FVV. He knows how important this is. He’s about to get that bag!” – Perkins