Soundbite of the next two episodes of “The Last Dance”:

Impact of Jordan & Steve Kerr’s fight [during training camp in 1995] on Bulls?

“Michael has said in other interviews that he really hadn’t connected to his teammates after coming back from baseball and that this was a wake-up call for him not only that he needed to get to know his guys a little bit better, but he needed to moderate his behavior a little bit” – Windhorst

“I thought it was really good for him to see a guy like Steve Kerr that may not be as athletically gifted as Michael Jordan, but was relentless and not willing just to back down and that’s the type of fight that you do need on the team” – Williams

Rachel asked Steve Kerr about that incident back when he was a guest on the show (April 21):

Crazy to think Kevin Durant could return if season is saved?

“Every time I talk to him, he’s saying he’s been in a gym and he feels really good. I think you have to factor in this pandemic in rehab time and how all that plays into it. But I just don’t know if I see it being as realistic him coming back and playing in the playoffs if we do have playoffs, especially if Kyrie is not playing as well” – Williams

“Kevin had his name on the preliminary basketball roster for the Olympics for Tokyo because he thought there was a possibility he might be able to play with Team USA [in July and August]. If Kevin could possibly play, I would not rule the Nets out” – Windhorst

“As someone who was in the building [in Toronto] as Kevin was carried off the court at the NBA Finals for a game that frankly, if we all had a time machine, people would line in front of the railroad tracks not to let him play in. Rushing back doesn’t seem like a great idea” – Nichols

1996 – Michael Jordan driving to the basket to finish the tough layup vs the Knicks in Game 1 of the Semifinals. He would score 44 points for the game!

2010 – Steve Nash and Amar’e Stoudemire running the old pick and roll as STAT soars high to finish the monster one-handed jam on the Spurs!

2013 – Kevin Durant with the clutch go-ahead jumper, off the dribble, in the closing seconds of Game 1 of the Semifinals vs the Grizzlies!

On what the last 12 months has been like for him:

He went undrafted in his first year; Became a full-time starter; Traveled to China

“I’m like light years past that [dream]. I never considered this happening. But it’s a dream come true and it’s a blessing” – Key

On what people can expect to see for those that are missing the game and hasn’t watched 2K before:

“It’s a very unique league. We talk A LOT of trash! Were also always miked up so you can hear us. Were playing at the highest level and if you like competition, you’re going to see competition from the greatest players in the world” – Key

How do you rate current NBA players’ skills at NBA2K?

How Kobe & MJ hid their surprise friendship by Ramona Shelburne

Statement from The Forum:

What are the Clippers long-term plans for the Lakers old arena?

“The key word is ‘current.’ They don’t have their new building yet. Eventually, they’re going to build what they believe will be the premier basketball facility in the world and then all bets are off on what the future The Forum would be” – Windhorst

“This is like the show, ‘Billions.’ He’s just making these power plays” – Williams

It was the greatest play Red Auerbach ever saw! 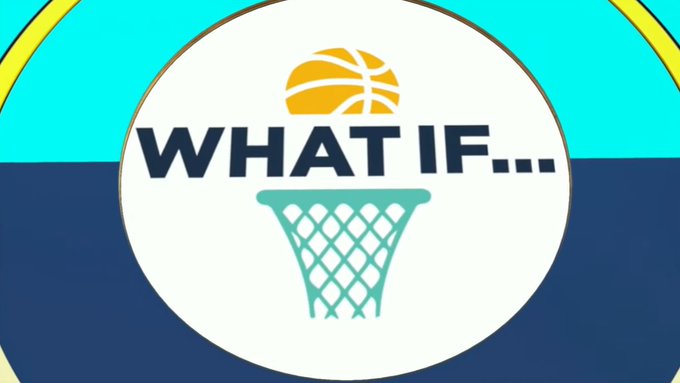 Larry Bird played in this era?

“He might average 30. Nobody could ever rush Larry Bird. His game translates to any time period” – Williams

“He would kick butt today. Teams would probably try to isolate him in switches and I don’t know if he’d make all-defensive teams like he did back then” – Windhorst
Made NBA All-Defensive Second Team three times in his career (1982–1984)

“The reason they want to push it to December is to let fans in the building. A lot of people love this idea, you would get away from competing with football. Maybe now is the time” – Windhorst

“The probability has to be somewhat high if you’re thinking about this. Summertime basketball is already big and a cultural icon. If you’re able to extend that runway period, think about how long you could dominate the airwaves. The CEO of the Atlanta Hawks [Steve Koonin] actually had that right frame of mind when he spoke about it at the MIT Sloan Conference” – Williams