Expectations for NBA board of governors meeting?

How do you make players comfortable returning?

“Just [be] honest and transparent. We tell them exactly what we know. The science keeps on getting better and we keep on learning more every day so between the decision point and when we actually start, we have the opportunity to see improvements there as well” – Cuban 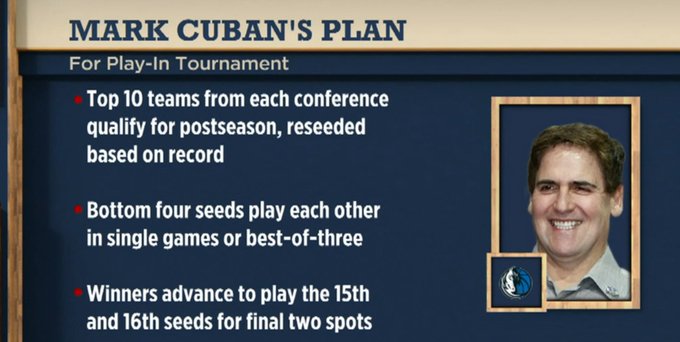 “You’re gonna have to play games before we get into the playoffs. It’s fair, it creates excitement and gets all players a reason to play, it meets those financial obligations which are important after this long shutdown and it gets something exciting for the fans” – Cuban

On how a final decision will be made:

“One of the great things about Adam [Silver] is that he’s open minded and is willing to listen to just about anything. He knows how to herd cats, which the 30 board of governors typically end up being” – Cuban

On when the ticking clock is for the NBA to have a conclusion for resuming the season:

“You work backward from next season. The season should start on Christmas. I don’t think there’s a drop-dead date” – Cuban

On how this year’s playoffs will be different:

“I don’t think it’ll be regular [playoffs]. This is our chance really to experiment and learn and unique circumstances, unique opportunities. So I’m confident we’ll take advantage of it and do something differently. I just think that’s smart from a business perspective. And I think the players want that as well. As long as you give the players something to play for, they’ll recognize that this is an opportunity because it’s not inconceivable that a team that was at the bottom of the standings can all of a sudden make a run and get hot. Coming back like this favors younger teams because it’s going to be easier for a young player to get it back and get that athleticism going and get ready than it is an older player” – Cuban

On funding a new study:

It's time to recognize that HGH (Human Growth Hormone) can positively impact injury recovery. I funded this study so that athletes can get back to full strength and doing what they love. https://t.co/pag1Jb8b4p

“I want to change this. Let’s find out if can help injury recovery. I worked with the University of Michigan and we put together a study and as it turns out, for athletes who received HGH for recovery versus placebo, there was a significant improvement in the recovery time and getting back to full strength. If we can get the leagues to do it, I think the players also will all be for it as long as you can prove that it’s safe if you can get them back on the court or on the field” – Cuban

Woj on what struck him most on a conversation with Minnesota Timberwolves head coach Ryan Saunders about the death of George Floyd:

“It was to get them talking about this and how they can move forward and try to impact that community. Just how deeply he felt his love of that place and how disturbed he was about what happened. For Ryan Saunders, that’s not part of his reality. His story was a little instructive to how a lot of us in this country can look at this and try to be empathetic on one end, but also try to play a role and making things better” – Woj

“The future of the league is at stake” – Woj

“There is going to be a dramatic loss in revenue and how does the league and the [Players] union work together to figure out how it continues to allow the league to function, especially in a competitive environment. There will not be 30 teams in Orlando. Competitive balance has been an issue in this league. They’ve tried to address it with revenue sharing. This could have a dramatic impact on what competitive basketball looks like in the NBA. The teams that are left behind here and not playing, there’s bigger issues for them moving forward” – Woj

Insight on Board of Governors meeting?

“Ultimately, Adam Silver is going largely make the decision. But he’s not going to get consensus. He’s got to rally the owners and the teams to get back to thinking of what’s best for the league overall and to allow him to be able to move forward with generally the support of the larger group because it’s going to take 30 teams to help the NBA get out of this. Adam has a pretty strong idea of how he would like to proceed” – Woj

Does “Skinny” Harden change your expectations for Rockets? 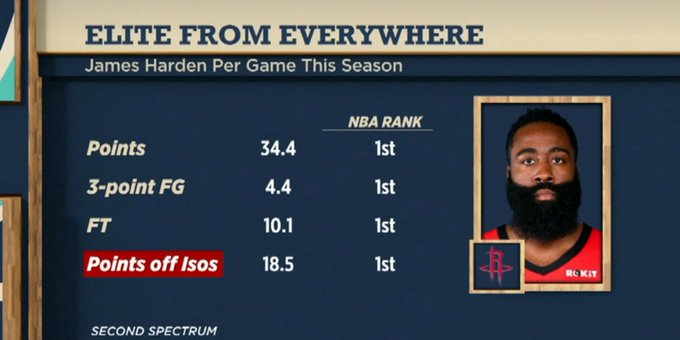 “Absolutely. It shows dedication. It’s gonna be dangerous. It puts the Rockets up there as a heavy favorite to win the title, if the season resumes. He always got tired and he always got exhausted. When it’s crunch time in the fourth [quarter], it’s going to take them to new heights” – Perkins

“Could he have been in better shape? Yes. This is a trend: when you’re super young, your goal is to try and put on weight to get stronger and then you get to an age level where ultimately, you’re trying to slim down a little bit to preserve quickness and to preserve stamina. Him losing 20 pounds won’t propel the Rockets as the favorites to win the title because their team isn’t equipped that way” – Jefferson

“It will help their chances in the way they’re trying to play. This makes them 2nd round, possibly Conference Finals” – Jefferson

Segment that didn’t make it during the show: