Steve Kerr did a conference call in conjunction with the University of San Francisco and acknowledged: “Warriors operating as if their season is over”

“It feels like the end of the season for our team. It just does. We don’t know anything officially. There’s still a chance the league could ask us to come back and play some games, but given what we went through this season, with all the injuries and the tough record, it’s been more of the case of we’re staying in touch with guys, but everybody is just sort of assuming that this is kind of it”

“The funny thing is that this interview was actually done in November. Since that time, their season has been understandable in regards to the injuries to everyone on their team and what they’ve been through. I don’t view them as a team to really judge this on” – Jefferson

Fair to lock in playoff seeds without finishing season? 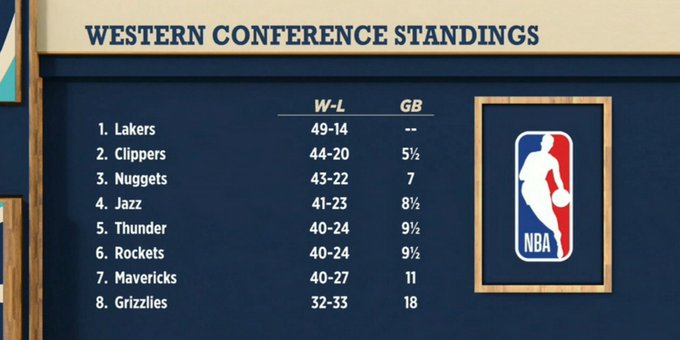 “No. I don’t think so. You got teams like the Pelicans and Trail Blazers, who are at the bottom, to possibly get in. This is what the excitement of the end of the season is all about when it comes down to those final seeds, jockeying for position, fighting for a playoff chance and that’s what made the end of the season every year so exciting” – Pierce

Barkley on 1993 Finals: Biggest regret was lack of aggressiveness in Game 1

Episodes 5 & 6 of “The Last Dance” takes a deep dive into the 1993 NBA Finals between the Chicago Bulls and Phoenix Suns, MJ vs Barkley

“This opportunity doesn’t come around too often. As an MVP, you have to set the tone. You can’t take a backseat or play a different type of game at that point” – Pierce

1999 – Kobe Bryant with the amazing reverse slam dunk, assisted by Rick Fox, vs the Blazers!

2003 – Kobe Bryant with the monster windmill dunk on Kevin Garnett!

2005 – Jason Williams with the amazing behind the back pass to Shane Battier, who lays it home vs the Suns!

On whether he’s getting shots up with a hoop (if he has one):

“No. I’m not [getting shots up]. This is the longest I’ve ever gone without shooting. I’ve been kind of reevaluating my circumstances in this situation” – McCollum

Should there be a tourney for 8 seed? (As suggested by his backcourt mate, Damian Lillard)

“Dame has a great point. I wouldn’t mind playing in whatever the case may be to qualift for the 8 seed” – McCollum

CJ: “A lot of young players don’t have knowledge on how to handle money”

He clears that statement up:

“It’s crazy. The haircut is off the chain and the shorts are super high. I really like it” – McCollum

“Obviously when Dame plays, the way we play is different. Everything starts and kind of evolves around him, as it should, because he’s a multi-time all-star. He’s the best Trail Blazer to ever play the game, and will go down as a hall of famer. I’m just more about winning at the end of the day. I know what I can do. I know what I’m capable of. I know what type of numbers I could put up if I had my own team. I know that I’m capable of doing those things, but I think it’s important with the team to learn and figure out how to coexist so that we can become as great as possible together and win a championship” – McCollum

Before moving onto the next topic, a refresher on the 2004 NBA Finals between the Los Angeles Lakers and Detroit Pistons:

One of the great upsets in NBA Finals history, a Pistons that was scrappy without those flashy megastars, took down the superteam featuring: Shaq, Kobe, Karl Malone & Gary Payton. The Lakers loss in Game 5 was enough to mark the end of the Shaq/Kobe era in LA. Shaq was traded to Miami the following summer. 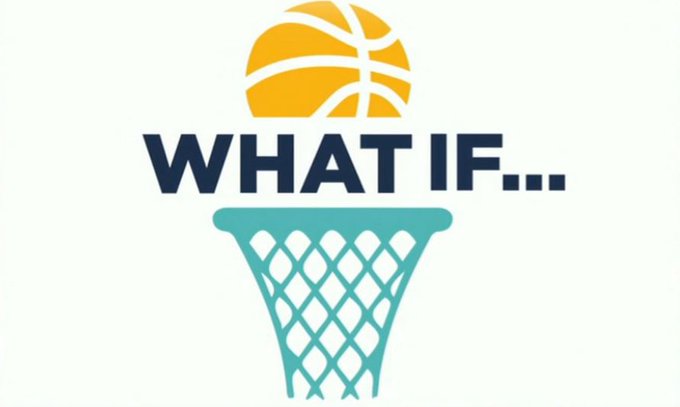 “They might not have traded Shaq right after they won a championship. but he was on the clock. Shaq was going to end someplace else relatively soon” – Jefferson

“I truly believe if they won that championship, you got to bring that team back to compete to see if they can do it again. Also, a lot of legacies were on the line: How would we had viewed Kobe? He could have possibly been the MVP of that series. How would we view Karl Malone today? Would we view him as a top 5 or a top 10 player after winning a title? And do we view this team as being one of the greatest teams ever assembled” – Pierce

“The way we think of Karl Malone, from a basketball standpoint, would have changed if he had a ring” – Nichols

Via the LA Times:

“I think it was the right thing for me because it was a family thing and a myself thing. Playing in G-League is basically getting me ready for the NBA draft. It’s just one step below the NBA” – Nix

Will stay on for another year with the Knicks. His current deal was set to expire on May 1, 2020

“You have to start off with just trying to find some consistency. When you change constantly all the time, it’s hard to create culture and a winning environment. It’s moving in the right direction. I’m tired of seeing new coaches and GMs all the time for the Knicks” – Pierce

“Every interaction I’ve ever had with him has been a positive one, he’s a man that cares about players and the game of basketball. I am not surprised that he is so well-respected. I think this is a good move. You want some stability, especially with so much changing going on. The last thing you want to do is start the process. Keep somebody there that kind of knows how things work and that’ll help their transition” – Jefferson