“Draymond Green because he’s got the build and he talks a lot of trash. Robin Lopez because he’s been doing it all year long” – Elhassan

“Enes Kanter and Steven Adams. I want them to be a tag team” – Fizdale 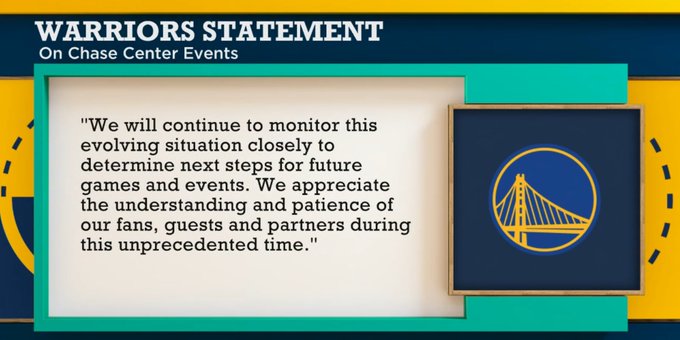 “Win games and continue to really build strong relationships with those main guys and those stars. Jacque Vaughn is one of the greatest basketball minds I’ve ever been around. I’m hoping that he gets a real shot at this” – Fizdale

“The reality is, two of the biggest voices and who’s gonna be the next coach, they’re not playing in Kyrie Irving and Kevin Durant. Regardless of what he does with this team, the two most influential people he needs to win over are experiencing it from the bench. That is gonna work against them, but that doesn’t mean what he does here is meaningless or doesn’t have value because this is a great proving ground to show other teams that are gonna have openings that he can be a pretty good coach. This is kind of a blessing in disguise for him regardless of whether he ends up being the Nets head coach or not, he’s able to showcase himself to other teams” – Elhassan 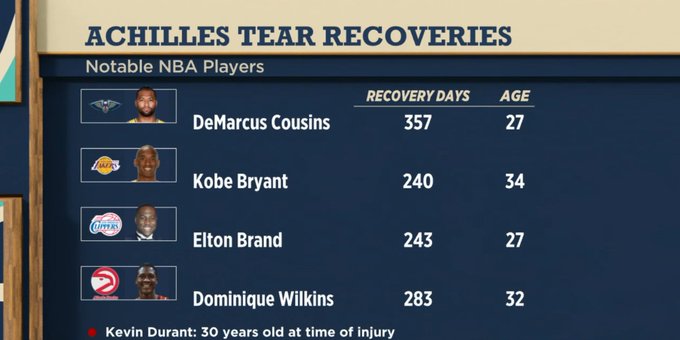 “The day he ruptured it, the one thing that works in his favor is that he ruptured his right Achilles. As a predominately right-handed player, he’s going to push off and explode off his left leg. That left leg is healthy” – Elhassan

OTD in 1999 – Jason Williams, aka “White Chocolate” with the incredible reverse layup vs the Clippers!

Reminiscent of the showtime Lakers?

“That team’s got that feel because they got a big playmaker and they got a big man that’s versatile, but I’m not giving them that ‘Showtime’ feel” – Fizdale

Do you agree with Bradley Beal’s confidence in the Latvian Laser?

“Yeah. That kid is a big time shooter and he gets his shot off against anybody. I know why he’s that confident in him” – Fizdale

“I’m confident that the shot’s going up” – Elhassan

There are 118 known elements in the Periodic Table. The last time the @NYKnicks won the @NBA Basketball Championship there were only 105

Are we experiencing the Josh Jackson renaissance?

“I think so. I think that’s why they felt comfortable trading Jae Crowder and this kid right now, his talent level is really coming through” – Fizdale

Will Russell Westbrook ever slow down?

Why are Celtics struggling in late-game situations?
On Tuesday night, the Pacers went on a 21-2 run with seven minutes left in the game, but Boston did hang on to win the game

“Every team goes through this. But it’s bad luck. Sometimes it happens, sometimes it’s a lack of focus, especially when you’re this deep in the year. I’m not worried about this team” – Elhassan

“They’re a different team than last year. They were 5th in assists last year. This year, they’re 25th in assists. They get caught holding the ball a lot and when you’re standing around, you end up taking tougher shots, teams get out on the break, they score faster and that eats up leads. They got to get back to just trusting each other in those situations and be willing to make easy plays for each other. Ultimately, Tatum is going to be their go-to guy down the stretch” – Fizdale

Elhassan: Buy
“$50K shares! This is the second fastest pace of his career and there’s a lot more opportunities for him to score and create for others. Second of all, Anthony Davis is the best compliment he’s ever had. The LeBron/AD pick-and-roll is the most unstoppable play right now in the NBA”

Fizdale: Sell
“He’s going to stay on this track, but I don’t know if he could stay at 50, but he’s gonna stay up high right there all the way through” 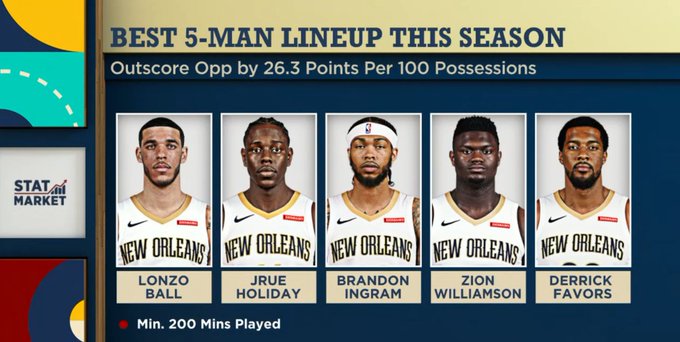 Fizdale: Buy
“They [the perimeter players] play at a breakneck pace together. They are dynamic and fast. I wouldn’t want to face them. That’s a defensive unit that runs”

Elhassan: Sell
“I’m selling Fiz $20K shares! I love this lineup. It is excellent defensively, which is sustainable. Offensively, I have questions” 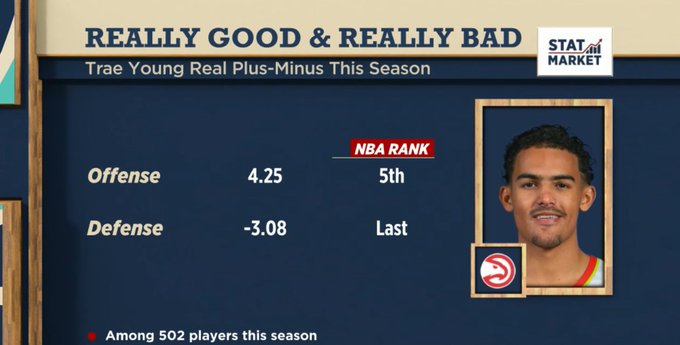 Elhassan: Hot Buy!
“$100K shares! Coming out of the draft, this is what we were worried about between him and Luka, we both worried about their defense. Trae is playing on a bad team and the first thing to slip is defensive intensity”

Fizdale: Sell
“Defensively, they’re the blind leading the blind. They’re a young team. They haven’t established the habits that you need to build to protect Trae. Over the course of his career, if he starts to understand how to use his speed to pressure and really starts to study the opponent and understand what they’re trying to run and disrupt them, he can be an impactful player” 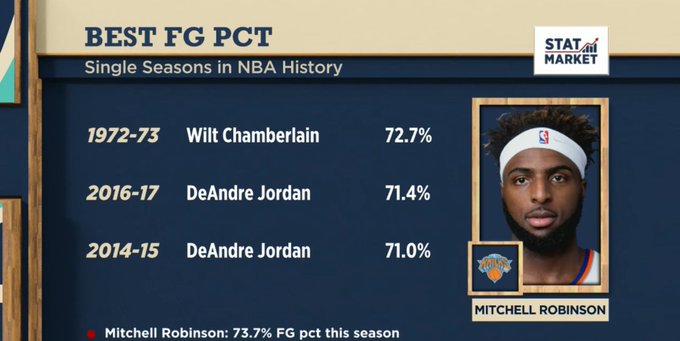 Fizdale: Buy
“He can pull this off. He’s one of the best running bigs in the league”

Elhassan: Buy
“He knows his game and I think he’s gonna do it”

OTD in 2001 – Desmond Mason of the Seattle Supersonics soaring in for the monster one-handed putback jam off a missed free throw to tie the game vs the Lakers!

Zion speaks on impact of Coronavirus:

Ben Simmons out at least 3 more weeks (Lower back)

“It really hurts their chances for homecourt advantage” – Fizdale

“Back injuries are such a weird, finicky thing, especially when you’re talking about nerve impingement in there. You want to do the right thing for Ben Simmons to make sure his career is long, even if that means punting on the regular season” – Elhassan