Why are JA’s misses more impressive than most players’ makes?

“Because he tries anything. An ability to jump over people, one of these days, he’s going to catch somebody like that” – Jones

How dangerous are Mavericks?

“It would be a top defensive team and it’s be the best offensive rated team in basketball right now and they’ll be able to make some noise and make that a competitive series because they have a go to guy in Luka and they have shooting surrounding him. They also have a championship level coach [in Rick Carlisle]” – Jones

“If you’re a fan of the Mavs, you should be really, really excited. We haven’t paid enough attention to how much Dallas has improved as the season has gone along. There is almost nobody who has a brighter future than this team” – Windhorst

“I’ve had a thumb ligament injury and it’s always bad when it’s in your shooting hand. It’s going to nag him and it’s gonna be an inconvenience. But it’s just how much pain he can take” – Jones

How much of a lag will there be for Steph in his return to the court?

Steph on his motivation for playing right now:

“He’s gonna be dynamic and be Steph Curry. The game has missed him and he’s missed the game” – Jones

OTD in 1993 – Larry Johnson aka “Grandmama” with the monster posterization dunk on Clifford Robinson of the Blazers!

How does this happen?

“He was in a full catch and score mode” – Jones

Does Richard Jefferson ever chill?

“It’s just Richard being as inappropriate as Richard always is whether on or off camera. I appreciate him being genuine and 100% Richard at all points in time. People don’t get that he’s never serious” – Jones

OMG 😱 She made her face plant 👀👀 pic.twitter.com/T99MCcWXJu

This Jeopardy! contestant gave @JoelEmbiid a new nickname and he's running with it 🤣

How patient the Sixers should be with Joel Embiid and bringing him back?

“They don’t have a choice. They have to be patient with him. I’m not saying that you can’t win the East from sixth [place], but it ain’t where you want to be” – Windhorst

“The more he sits out, the more out of shape he gets. They’re in a weird spot. They got to use this window right now” – Jones

Managing LeBron’s workload down the stretch? 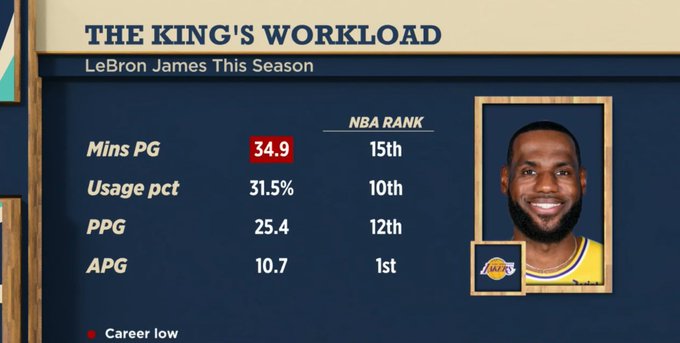 “You know who decides what LeBron’s workload is? His name is LeBron. He likes to play. He’s thinking about playing well” – Windhorst

“You find a plan that works for him, find out where he wants to be because his rhythm is a big thing coming down the stretch. He loves to play basketball” – Jones

How important should 70 wins be for Bucks?
On pace to win 70.1 games

Jones on Cavs/Warriors Finals in 2016:

“Going for 70 is a novelty. Getting to the playoffs healthy and be prepared to win is the most important thing for them” – Jones

“You go for 70 if you have 69 wins on the last day of the season. What they’re doing right now is working amazingly. But if you win 70 games and then don’t win the title, you’re gonna wish you didn’t win 70 because you’re going to hear about it for a long time. Ask the Warriors about that” – Windhorst

“Most important thing is to get the No. 1 seed overall” – Jones

Should we stop doubting Grizzlies?

“I was never doubting the Grizzlies for what it’s worth. But JA is the truth. They are an actual good basketball team. I think they’re going to take this” – Yates

“I’m more worried about the Blazers. They would be the team that you kind of don’t want to see as an 8th seed because they have a go to guy (Damian Lillard) that can take over a series by himself” – Jones

This rookie-sophomore class best since ______ 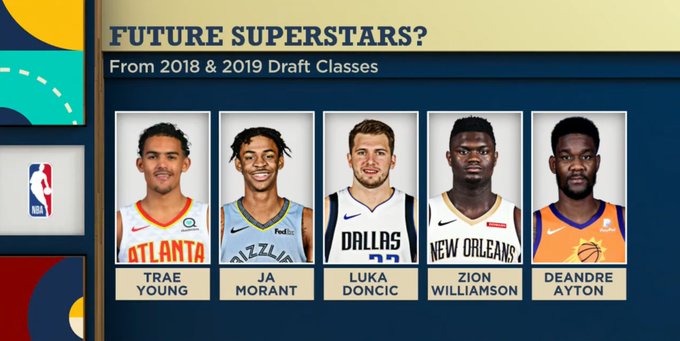 “2008 & 2009 class because they have 4 MVPs in that class and I think this class has the capability of having Trae, Luka, Zion and JA having MVP seasons” – Jones

“It doesn’t end anywhere for the Knicks. It effectively feels like a police state apparently when you go to MSG. The only thing that you see related to the Knicks are bad, embarrassing viral videos. That’s not good enough” – Yates

“You need that experience to be a fan friendly experience. There has to be some unity amongst the fans an prioritization of the fans” – Jones

“I talk to a lot of people that know him and they complement him, they really do. They say he’s not a bad guy, he’s a good guy, a loyal guy, but he’s got a blind spot on this” – Windhorst

OTD in 2008 – Rajon Rondo with the posterization dunk on Jason Maxiell of the Pistons!

“They are right” – Jones

“Easy victory for the Raptors” – Jones

“Raptors are more worried about how they’re playing” – Windhorst

“Clippers are 9-0 with their full lineup. They are equipped to win” – Windhorst