This ladies and gentlemen is why we all need basketball back… @Giannis_An34 🎸😂 pic.twitter.com/9F4aJIOIiW

I sincerely apologize to my neighbors for the noise ##QuarantineChronicles

Blessed to see another year but damn I’m getting old… I wish it could’ve been in different circumstances but all we can do is Pray and take the necessary measures to protect ourselves and others. Also TRUST THE PROCESS #26 pic.twitter.com/JIvi0bJw6A

Current impact of coronavirus on NBA?

“I can’t imagine how the NBA players feel. Their regular routine is all out the window” – Pierce

“If I’m in the league right now, I’m kind of at a loss. But at the same, this is serious. Before the NBA canceled, I took it with a grain of salt. It kind of sets the bar of what’s going on around the world. When the NBA shut down, I shut down” – Pierce

“Post All-Star is the best time of the season for the NBA players and guys are at a loss and you feel for older guys which could be their last go around. This is something very serious we have to take serious and we have to get a handle on” – Barnes

“It is a relatable way to talk about a big, huge sprawling issue and we’re gonna keep doing that through the rest of the coming months” – Nichols

OTD in 2000 – Vince Carter driving to the basket for the two-handed game winning dunk vs the Rockets!

How do players stay sharp during hiatus?

I’m headed to Wakanda! #JamesGang👑 and my closets friends and family. See y’all on the other side! ✌🏾

What I’m doing to keep my shot right while I’m at the Crib….🤣😷 #InHouseChallenge pic.twitter.com/h7N7J74S6D

“The pressure is on these guys because we don’t really know if and when the season returns. But when it does, it’s gonna come back [before the suspending the season]. It’s really gonna be on them to stay fresh, stay sharp if the season is going to come back” – Barnes

The NBA and the CIF State Basketball Championship games are canceled but that's not stopping the James family from getting some shots up at the Lakers facility.

Players will not be allowed to travel outside of North America, league tells teams in a memo. https://t.co/6xLWddo2LC

In safeguarding players health, the NBA's directive on playing ball in these times is clear: Outside of perhaps a personal home gym, shut it down. https://t.co/9DYnBy4q4G

"The person, who was tested after experiencing symptoms consistent with COVID-19 on March 16, is currently under care of team medical staff and in self isolation." https://t.co/x9xAwWumnI

Would players be open to idea of playing for charity?
The last time the NBA had a charity game was back in September of 2005 where NBA players came together for a game to raise money for the victims of Hurricane Katrina

“This could possibly be a blueprint of bringing the NBA back. I’m all for it” – Pierce

“I love the thinking outside the box, the optimism and all the efforts to try to bring something back. But you got to think, what happens if someone gets hurt in that charity game? There’s too many what ifs. I love the idea if this was the summertime and we’re trying to entertain the fans, I’m all for it” – Barnes

“We are good in this country facing a new set of problems. The NBA is going to keep looking at this. Players keep calling Adam Silver and saying, ‘I want to play'” – Nichols

What to stream on ESPN+?

Here are some suggestions to consider:

Support idea of skipping rest of regular season for playoffs?

Here are the matchups that would take place if the season would have ended today:

“I think absolutely not. They need at least 5 to 10 games and that little bit of time to shake the rust off, especially for some of the older players. There needs to be a warmup period” – Barnes

“You’re gonna need a 30 day period. You can’t just jump into playoff basketball. You want the best of the best playing their best. Maybe you shorten the playoffs by going back to the first two rounds [best-of-five]. They won’t be ready at the start” – Pierce

“There’s going to be a lot of firsts post coronavirus in the NBA. However we move from here, we’re gonna be in new uncharted territory” – Barnes

“It’ll shift for one year. Maybe will play 50 games and then come back the next year, you go back to 82 games” – Pierce

“We have a great situation where we always have the summer off, where a lot of stuff happens like letting your body recover. If we happen to have to start in December, we’re not gonna be able to play a full calendar if we plan on getting back on some sort of old schedule. It’s going to completely shift the offseason. As a former player, I wouldn’t like that” – Barnes

“There have been people who have been advocating for a while for fewer than 82 games. They’re gonna be trying to get that in now. You can experiment now in a way that maybe you couldn’t just sort of randomly throughout a random season and now we’re going to be forced to” – Nichols

OTD in 2006 – Dwyane Wade finishing the alley-oop jam, assisted by Jason Williams vs the Knicks at MSG!

OTD in 2008 – Amar’e Stoudemire with the behind the back pass to Shaq for an easy layup vs the Supersonics in Seattle!

Tails never fails!
On This Date in 1969: Suns lose coin flip to Bucks for No. 1 pick (Lew Alcindor aka Kareem Abdul-Jabbar); Phoenix with the No. 2 pick selected, Neal Walk

“With all due respect, I don’t think it matters. They missed out on the greatest scorer of all-time” – Barnes

What If???
What if MJ never played baseball? 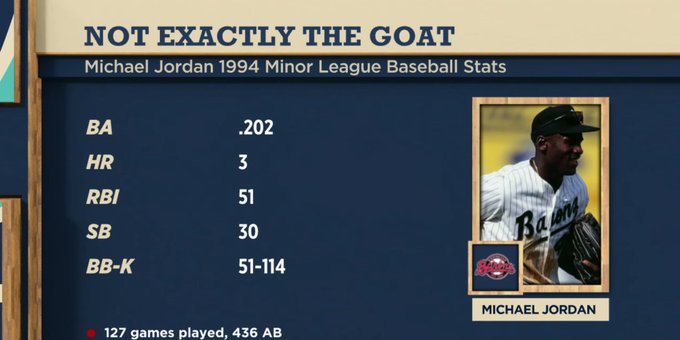