Kevin Arnovitz (Second Half Only):

How can 76ers become more consistent? 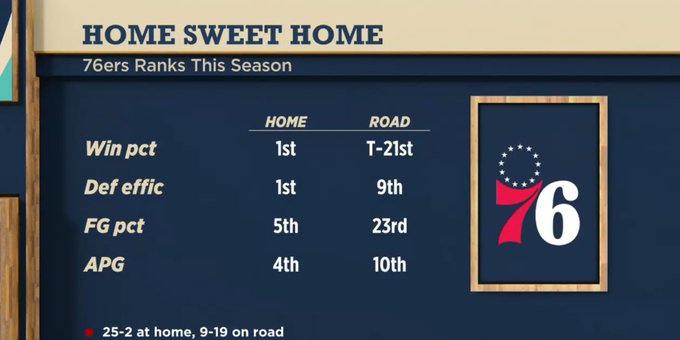 “I really do believe that this lineup change is going to help them because they need more space, especially on the road. Joel Embiid needed this. When he’s that player, he’s one of the best in the league” – Pierce

“I still think Philly has all the tools to get out of the east. They are the team that can push Milwaukee. Can they do it? We will see” – Friedell

“I do think the lineup change really helped them. I’m curious to see the chemistry long-term and how that fits” – Nichols

“If they can be dominant in the playoffs at home, you only got to win one road game and you can get the series if you go undefeated at home” – Pierce

“Joel knows exactly what he’s doing. He needed that little boost because they’ve been running flat for a little while, they can’t seem to find their way on the road and it’s bothering them. He enjoyed that back and forth with that Philly crowd because he knows that the fire that they bring can help them on the floor” – Friedell

Zion after the game:

“The sky is more than the limit. He’s going to space! If you’re not ready to play against this guy, you’re going to get embarrassed! This is scary” – Pierce

“I don’t think this game meant that much only because he’s that awesome that this is just the start of what were going to continue to see. This is the first of many, many times as long as he stays healthy” – Friedell

“The only way that he can can win Rookie of the Year is if he pushes New Orleans to the playoffs. If he had started at the beginning of the year, not only would they be in the playoff race, he would be an All-Star and an MVP candidate the way he’s playing without a doubt” – Pierce

OTD in 2002 – T-Mac finishing the monster one-handed alley-oop dunk on the Knicks, assisted by Darrell Armstrong!

Terror; Is King Cake Baby still the most terrifying mascot in sports?

“They need to retire this” – Friedell

Rack Attacks; These dunks get you hyped for the tournament?

Does Ben Simmons even need a jumper?

“He’s one of the best in the league around the basket with either hand. I don’t know if he’s right or left-handed truthfully” – Pierce

Do these rookies need to chill?

“These rookies are coming in with an attitude” – Pierce

Have Rockets figured out how to maximize Westbrook’s impact? 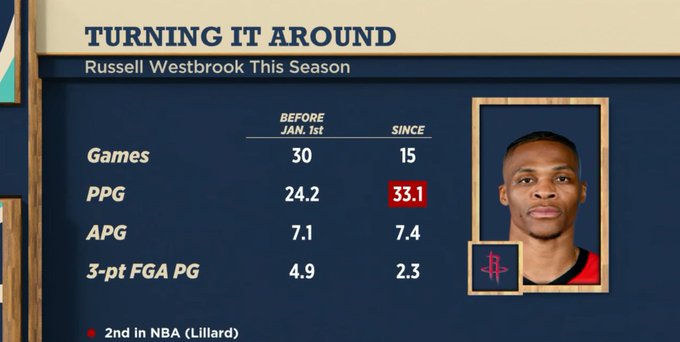 “He’s been much better for Houston than I thought he was going to be. He’s fit, it’s working, but I feel like I’ve seen this movie before. I don’t think they are coming all the way out of the West” – Friedell

“Westbrook has figured out how to make it work. He’s attacking the basket. He is dominant right now” – Pierce

“When they’re small, they’re switching a lot of things. I think it’s going to wear the other team down before them. They should be the fastest team in the league with this lineup” – Pierce

“They can switch roles, which is going to be crucial” – Friedell

“This is a very small sample size since the trade: Their pace has actually decreased since that Covington/Capela trade” – Nichols

“Whenever the subject of the Knicks come up, it’s always going to be BS, until proven otherwise. Nothing wrong with the brand, it’s the infrastructure” – Pierce

“What is the new brand? The problem is the product”  – Arnovitz

Marcus Smart says he’s not getting “star treatment” for refs

“I’m torn in the middle because he does have a reputation of being a flopper. Although a great defender, he does get calls. Does he always get the call? No because that comes against other superstar players” – Pierce

“As somebody who voted for him for first-team [All-Defense], I have some sympathy, but I don’t think the vote warrants that the rules change because the media likes your defense” – Arnovitz

“I do think that having kids clarifies a lot of things like priorities and what you have to spend time on. You have to add this big thing into your life and you have to sort of figure out where you’re going to put your time and energy and maybe it’s into shooting” – Nichols 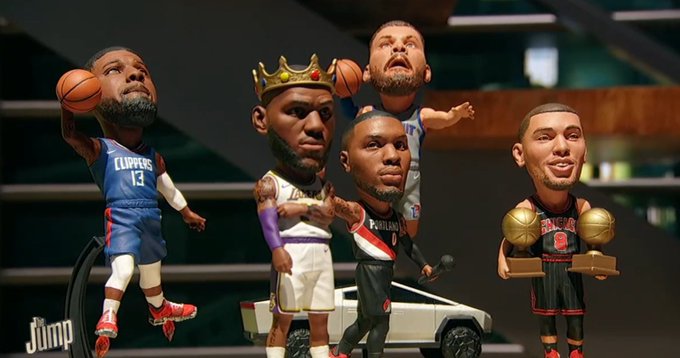 “No. The Lakers are going to have a sense of urgency. They want to wrap up that No. 1 seed” – Pierce

“Normally, a LeBron team will rest and coast at the end of the season, but not this year. The Lakers don’t want to see the Clippers in the second round” – Arnovitz

“As they come down the stretch, they’ll rest some players” – Pierce

“The Nuggets play a great brand of defense. They’re going to be really interesting. I want them home in the 2nd round” – Arnovitz

“I feel like it’s the same story every year for the Nuggets. When they get to the playoffs, they have one superstar and a bunch of guys that are in the middle. Can Jamal Murray be consistent every night? I don’t know. You have to have that consistent secondary player in the playoffs” – Pierce

OTD in 2006 – A young Andre Iguodala soaring high into the air to finish the monster one-handed alley-oop dunk on the Wizards, assisted by Allen Iverson!

“Bet the house on it” – Pierce

Splash
Zach LaVine vs Wizards: 8-11 3-pt FG vs the Wizards
No player has ever won a dunk contest and a three-point contest, not even the same year

20 years ago today, Vinsanity was unleashed in one of the greatest dunk contest performances of all time 🐐 pic.twitter.com/aZJb9XXhTy

“Not at all. We’ve seen this happen many, many times from many superstars (Michael Jordan, Kobe Bryant, LeBron James), It does tell me that he has laser focus. He doesn’t care about those things. He is focused on winning a championship and that is the only thing on his mind” – Pierce

“He has that sort of Duncan-esque approach in terms of focus. For him, this is what works” – Arnovitz

“Neither team will be dangerous to the Lakers. But Memphis will be more exciting to watch, JA Morant and those young kids are the future” – Pierce

“Blazers. Dame is dangerous. I feel like Lillard is going to will this team to the playoffs” – Arnovitz