Does this baby deserve a flop warning from the league?

“No flop warning for this baby. That was a legit charge” – Pierce

“This younger generation is so weak” – Arnovitz

Best fit for Lakers left on the market? 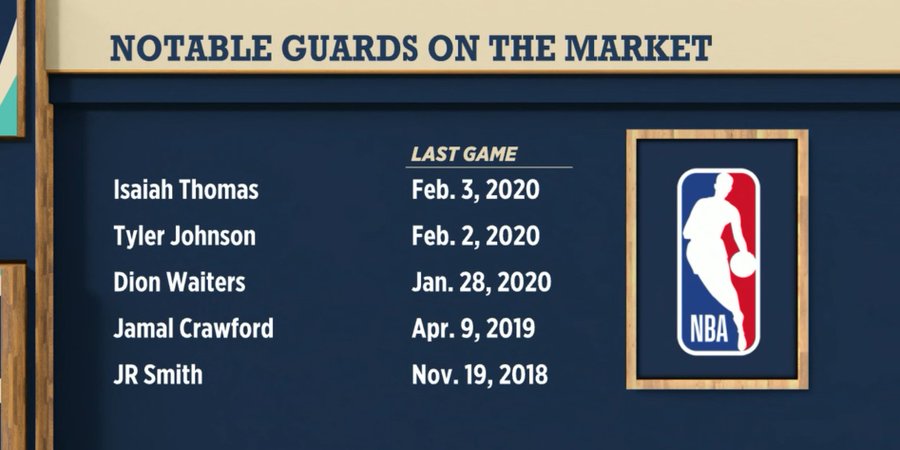 “I’m not sure if there’s a good fit out there for them. Is this going to be a player that’s going to get them through the regular season? Because once the playoffs start, that rotation gets cut down” – Pierce

“Tyler Johnson [recently got bought out from the Suns], maybe” – Arnovitz

“They need someone right now who can keep the ship afloat when LeBron sits. Here’s a name: J.R. Smith” – Elhassan

“They got to be looking for a piece. They don’t have a lot of pure ball handling” – Arnovitz

“I wouldn’t mess with this. They’re in first place” – Pierce 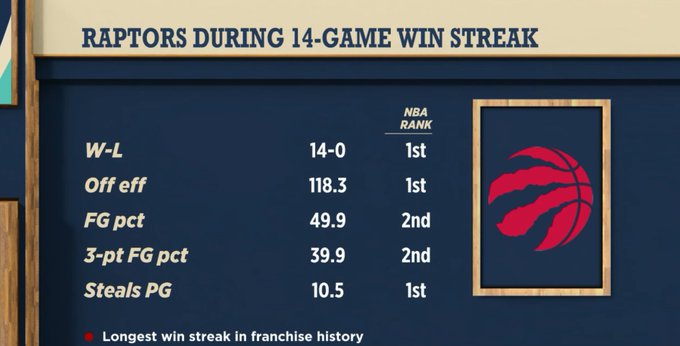 “They have a buzz saw in front of them in Milwaukee. They lead the league in buy-in. They are the most versatile interesting defensive team we have seen since Pierce’s 07-08 Celtics in terms of what they do. They treat every regular season game like a playoff game” – Arnovitz

“When you look at the size of their backcourt, it’s really small and yet, it kind of works” – Arnovitz

“The most impressive thing to me: How many of these guys would not be your first pick when trying to build a great defensive team?” – Elhassan

“I’m buying that this team can get to the Finals. Siakam could cancel out Greek Freak on some nights and give you big nights” – Pierce

OTD in 2006 – Tyson Chandler missing a free throw, but his teammate, Desmond Mason soars in for the monster putback jam on the Grizzlies!

What did Alen Smailagic think was going to happen?

“If the defender was not there, he still wouldn’t have dunked that” – Pierce

Think this was a deliberate by LeBron?

“He’s been huge for Utah. He’s a guy who can create offense” – Arnovitz

“The Jazz got two guys that they can go to down the stretch: Mitchell and Bogdanovic” – Pierce

How can NBA fix the replay system?

From Friday night in Utah:

“You can’t reverse a non-call. That is illogical. I’ll assign a 4th referee to the crew, put him in a room with a monitor, he is wired into the other three referees and if you’re going to have the technology, utilize it. By in large, I’m against replay” – Arnovitz

“It’s slowing down the game. How many replays do we want to give per game? This happens every night. You just got to understand that no one’s perfect (players or refs)” – Pierce

Smart idea for Jazz to put Gobert on Westbrook?
Led all scorers with 39 points

Westbrook on being guarded by Gobert: 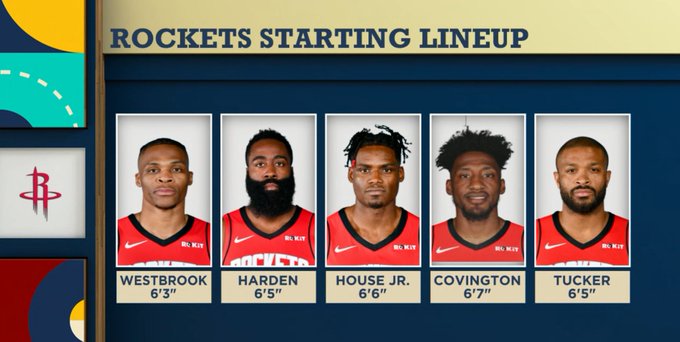 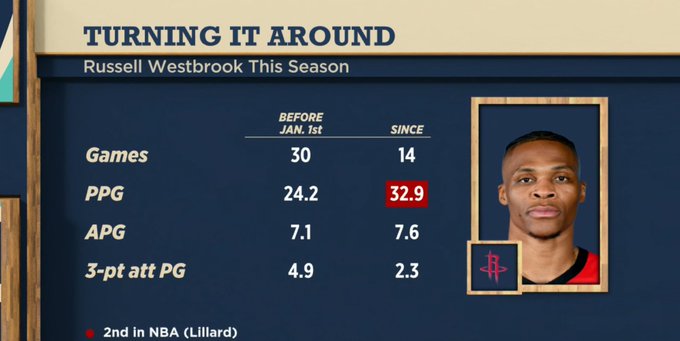 “I will tell you this: He is definitely imposing his will and his alpha attitude on this team right now” – Pierce

“Who is the emotional engine of this team? I think it’s Russ. He just has an electricity, he plays a little angry. It’s a team that needs a little jolt of anger” – Arnovitz

“Russ is their inspirational leader” – Pierce

“It’s an offense that moves when the ball is in Russ’ hands. It actually challenges a defense” – Arnovitz

“He got to go back to being himself. He’s not playing with the emotion and going at people on Twitter which is who he is. That’s why he was dominant the last few years. Also, with expectations come pressure” – Pierce

“How are we going to utilize space on an offensive possession? Embiid’s problem is not individual” – Arnovitz

Draymond Green on the Sixers struggles:

“When you don’t meet those expectations, you can go into a funk” – Pierce

“It’s a combination of his [finger] injury and the system being broken. I personally don’t like the combination of him and Horford at the four and five. I believe that Tobias Harris at the four would be their best lineup for not only Embiid, but for Simmons also” – Pierce 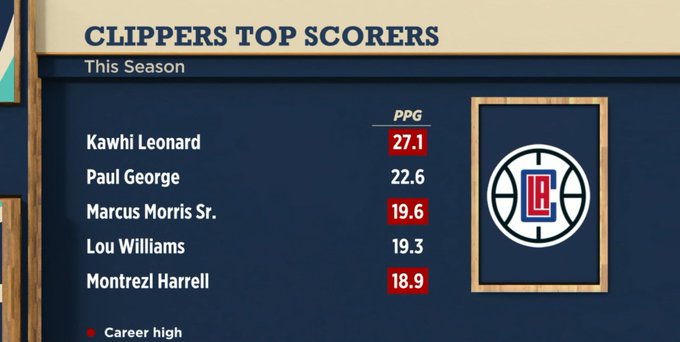 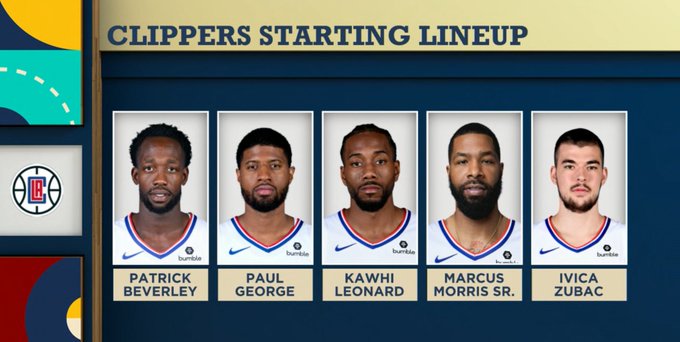 “Clippers. I thought it was them beforehand mainly because I think that this is a team that is constructed to go deeper into the playoffs. Morris’ three point shot makes them a lot better” – Yates

“Clippers all day. I’m looking at their second best player, third best player, fourth best player and I’m lining them up with Milwaukee, it’s not even close” – Pierce

“I’m still inclined to go with Milwaukee. For the Clippers: Tell me who their closing five is? It’s still an unknown” – Arnovitz

“The Zion question is really interesting. If you’re Zion, are you somebody who’s going to want to play a lot extracurricular basketball over the course of your career given the load you’re already absorbing, how careful you need to be?” – Arnovitz

“Zion not having the invite? This is the future of the league. You want to get these guys in the system right now” – Pierce

“USA Basketball is going older. I would have it be a younger developing system rather than just a place for older players to sort of come back to. This just doesn’t make a lot sense” – Yates

“We always talk about team identity in the NBA. What is Team USA’s identity? Is it a rising stars roster?” – Arnovitz

OTD in 2012 – Dwyane Wade putting the ball behind his back and driving in the lane to finish the the tough 360 layup on the Wizards!

Supersize Me?
Think Cavs supersized lineup is there to stay? 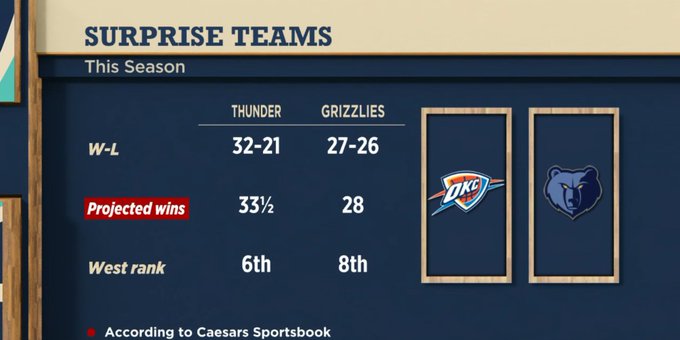 “It’s astounding. I love the Grizzlies this season” – Arnovitz

“Memphis Grizzlies. I thought this team was going to improve a lot” – Yates

“I’m flabbergasted that Memphis is this good. The leap they have made is insane” – Elhassan

“It’s not going to happen. Raptors are playing the best basketball in the league” – Elhassan