“The guys behind the bench stole it (the scorers’ table)” – Pippen

“Bring your own chalk” – Fizdale

Lakers have enough to win a title?

With the trade deadline coming up on Feb. 6th, LeBron was asked if the Lakers are "one piece away" from cementing their championship contender status. LeBron's answer was both confident, and savvy, preserving team chemistry by not suggesting weakness: "We have enough right now"

“If it comes from the King, I have to agree. This season, he’s really been doing a great job of instilling confidence throughout his teammates, which is why he’s leading the league in assists because he’s will to distribute and build confidence in these players” – Pippen

“The more they continue to grow in their role, by the time the playoffs roll around, they’re not going to be a team you want to face” – Fizdale

“When LeBron is off the floor, it drops off like a cliff. They need another guy who can initiate offense. Paging Darren Collison!” – Sedano

“When the playoffs start, Rajon Rondo will be ready to roll” – Fizdale

.@TheTraeYoung was overcome with emotion when he found out he was selected as an All-Star starter 🙏 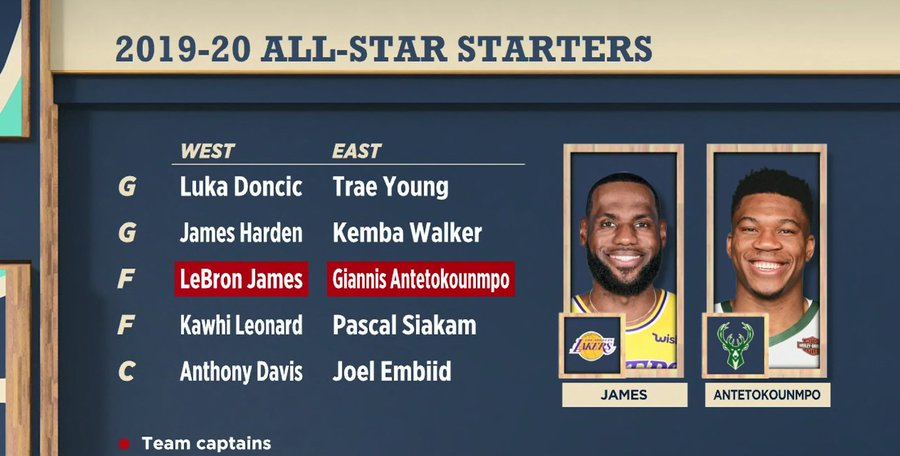 “I’m happy for him, but I don’t agree with it. Position voting throws it off because Jimmy Butler should be a starter, hands down at the two, in the All-Star game” – Fizdale

“Congratulations to Trae Young. Well-deserving to some degree in the way that he’s been playing. But that’s an insult to Jimmy Butler, with what the Miami Heat have been able to do. That’s why fans should not be allowed to vote. It’s about the players. They know who the best players in the game are, night in and night out” – Pippen

OTD in 2002 – Michael Jordan (Wizards) making a tough midrange shot, plus the foul!

Should there be a H-O-R-S-E competition on All-Star Saturday?

“Why not? That was fresh” – Pippen

What in the world Spencer Dinwiddie?

“I don’t think I’ve ever seen that before. That’s truly a brick” – Fizdale

“I don’t think it was the ball” – Pippen

“Just keep getting your numbers. Portland is going through a lot right now. It’s very difficult for them to find some rhythm offensively” – Pippen

Does Collin Sexton dunk better with his left?

How far back do Scott Brooks and Moondog (Cavs mascot) go?

“This is a little soft” – Pippen

Did Steph throw shade at LeBron? 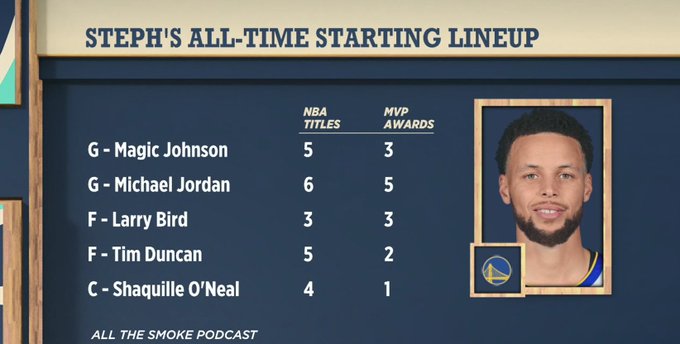 “No. Not at all. He’s seen some great basketball in his time” – Pippen

“There was nobody that was current on the list. I would tweak it though. I’d put Kareem and Kobe on there” – Fizdale

“He’s throwing some shade at him because they’re competitors!” – Sedano

“When you’re between the lines against players, you’re never gonna put them up there with the greats. I’ve never seen LeBron put Steph on one of the great teams” – Pippen

“I was in the same boat. I wanted to be in New York. No matter where he landed, he was going to be Steph Curry. Landing with Klay and Draymond obviously helped elevate him. Not going to New York, he might have lose a little money. Could you imagine his marketing? He would have been a show in New York City” – Fizdale

“Steph would have been a great Broadway show for the Knicks. They’re still dealing with a lot of years of bad luck” – Pippen

Report: Some Clippers have struggled with preferential treatment for Kawhi & PG
Per Sam Amick & Jovan Buha of The Athletic

Clippers players’ react to the story:

“I’m sure that those guys are okay with this load management. On the backside of the All-Star game, you’re going to see those guys start playing more minutes together” – Fizdale

“Something that doesn’t get discussed enough: Kawhi and PG have dealt with real injuries” – Sedano

“This is the right thing to do and their locker room is fine. The guys that are perturbed: Shut up!” – Fizdale

What makes Heat so dominant at home? 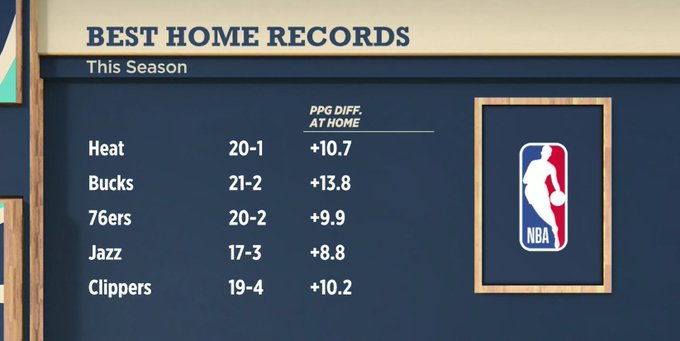 “They bring an incredible amount of energy and they defend their butts off inside that building. They also have this great 6th man called South Beach. They wear on you” – Fizdale

“It’s about what they have on the basketball court. They get after you on all ends and they also got a guy by the name of Jimmy Butler” – Pippen

“He’s doing it in a Laker uniform and I know how much respect Bron has for Kobe and what that’s going to mean to him historically and for their relationship. The top two leading scorers of all-time didn’t shoot threes, so that says a lot about them” – Fizdale

“It’s really one Laker passing another Laker. We all saw this coming” – Pippen

“I feel like fans will be happy for him, but it’s bittersweet because Kobe is their guy” – Sedano

“No. This is an opportunity for him. Everything will be ran through him [offensively]. He can show people that he can win without having Embiid inside. He’s a franchise player, if he’s put in the right position” – Pippen

“I expect him to get triple doubles from here on out. It’s not pressure. Guys that look at it from that standpoint usually rise to the occasion” – Fizdale

“The fact that he doesn’t shoot threes, but still puts up those ridiculous video game numbers just is a testament to what kind of talent that kid is” – Sedano

“Any player would love to play with Ben Simmons and the type of player he is. He plays the game the right way” – Pippen

OTD in 1998 – Kobe Bryant finishing the reverse alley-oop dunk, assisted by Nick Van Exel, aka “Nick the Quick” in Seattle!

Nuggets at Pelicans
Which version of Zion will we see vs the Nuggets (His 2nd career game)?

Zion on his debut:

“I’m hoping we see that guy we saw in the 4th quarter. But will see something in between. He’s gonna allow the game to come to him” – Pippen

“As he continues to get in better basketball shape, you’re going to see a better Zion” – Fizdale

“I have to follow the GOAT. This is what were going to see for a long time to come” – Pippen