How does Jimmy Butler fit in Miami?

“He fits in great. The Heat are looking for an alpha. When you go there, you know that this is not about me, this is about me coming in and fitting in” – Jefferson

“In terms of personality, they’re fitting around him. He got to be the guy in Miami. The team has made it clear that this is all about Jimmy Butler this year” – McMenamin

OTD in 2001 – T-Mac soaring through the air for the posterization dunk on the Raptors!

Does this get you excited for Game 7 of the World Series?

Wait till you “catch” this one. Stay tuned for some new heat with my @ATT family😁 (TAG 2 friends) pic.twitter.com/Mp1kdXtLCb

Did everyone in Miami eat their wheaties?

What did you learn about Mavs in their win vs the Nuggets? 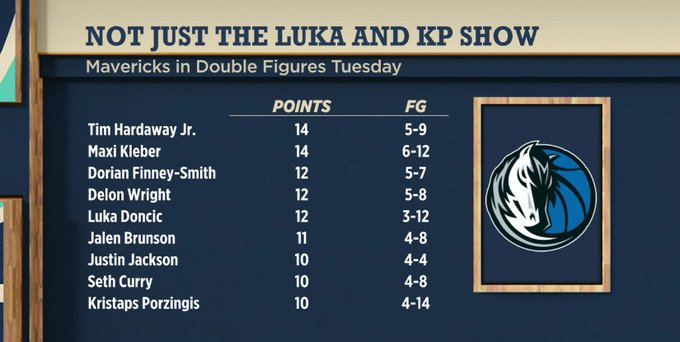 “I didn’t think they were ready to make that jump yet. That depth, I don’t know if it’s going to be continued” – Jefferson

“Warriors will make the playoffs, not the Mavs” – Jefferson

“If KP is healthy the entire season, I think they’re a playoff team” – Nichols

Where has Michael Porter Jr. been?
He is healthy, but out of the rotation, per ESPN’s Tim MacMahon

“We just have to believe he shouldn’t be in the rotation. That’s something I’ll give the Denver Nuggets credit” – Jefferson

AD starting his MVP campaign early?
40 points, 20 rebounds through 3 quarters vs the Grizzlies 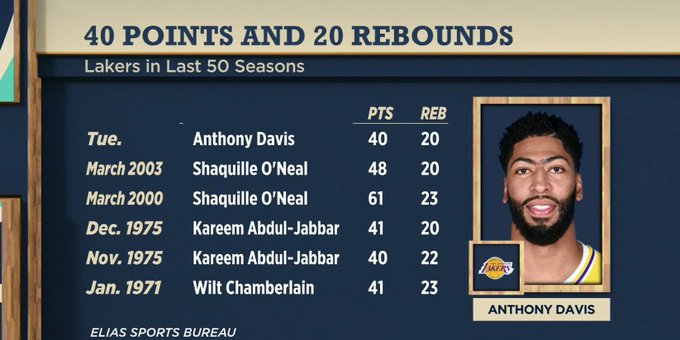 “No. Because him and Bron will split votes. AD is going to get a lot more votes. But with LeBron on his side, that could stop him from winning an MVP” – Jefferson

“It was a big step for him in his career [vs the Grizzlies] because he is acutely aware of his reputation of being injury prone. He fought through a shoulder tightness, he went out and had a great game” – McMenamin

“AD is the best teammate LeBron has ever played with” – Jefferson

What changes for Lakers when Kuzma returns?

“He’s going to get a ton of open shots” – Jefferson

“He’s got to be tenacious on the defensive side” – Nichols 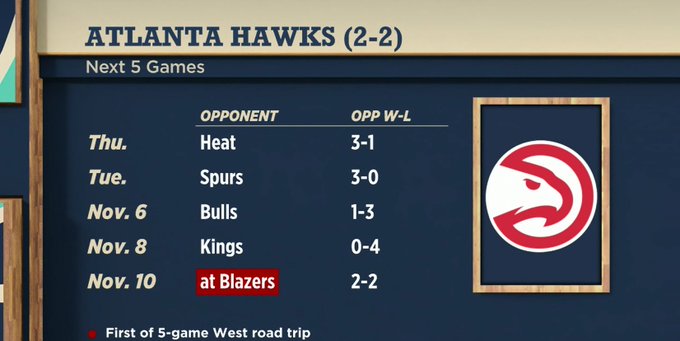 “No. I don’t trust them because they haven’t shown me anything. Everything that they do is built around him” – Jefferson

“Lloyd Pierce gets those guys to play harder” – McMenamin

“I think he will continue to make leaps not only this year, but in the years to come. This could be a gradual process” – Jefferson

“It’s just a level of success, what do we expect? If he’s a 20 and 9 type of player, if that’s his ceiling, that’s okay. But the excuses are gone” – McMenamin

Too early for Clippers to load manage Kawhi?

Kawhi out vs Utah for "load management/knee." This seems counter to NBA rules on not resting players for nationally televised games (fines up to $100,000), but the league office tells me the Clippers got this approved in advance & are "currently in compliance with the policy" pic.twitter.com/UIs3emOglW

“We can’t say it’s too early. They’re trying to play for June. I’d rather see him be at his best in a playoff game where all the stakes matter vs risk something at this stage of the season” – McMenamin

“If you’re letting the NBA know ahead of time, that’s a much easier process. This is probably the best bet” – Jefferson

OTD in 2001 – Peja Stojakovic with the insane full-court behind-the-back pass to Bobby Jackson!

Slow Start
Concerned about Mike Conley’s early struggles?
Shooting 20% from the field through 4 games. That is the worst in the league amongst players with multiple starts

Karl-Anthony Towns on his matchup with Joel Embiid tomorrow:

“That’s what it talks about being a professional. He is putting the team above himself. He’s not worried about an individual matchup. That’s a step towards being a leader” – Jefferson

“He won’t be able to out trash talk, out antic him. KAT should just go out there and do his job and Joel Embiid will leave you alone” – McMenamin

Blazers at Thunder
This the year CJ McCollum becomes an All-Star?

“No. They won’t win enough games. Dame is a better player” -McMenamin