Vince Carter checks in for the first time, making it officially 22 seasons, the most for any player in NBA history 🙌 pic.twitter.com/hfDQcDmt3I

PTI’s Michael Wilbon (Second Half Only):

Monologue: Clippers have turned the tables on Warriors

Panic or patience for Warriors?

“You have to be patient and allow Klay to heal. It’s going to be a tough regular season for them” – Pippen

“They knew this was coming. It’s just going to be very difficult” – Windhorst

What impressed you most about Clippers?

“Their defense. They got a lot of guys that enjoy playing on the defensive end of the basketball court. It’s an easy sell for Doc. Their confidence is just off the roof right now” – Pippen

“They’re great now and they’re going to be great later because Paul George is going to come back. This is a truly complete team” – Windhorst

“This isn’t such an organizational example to me. This is a franchise that had every disadvantage in this market and yet when you look from top to bottom has built such a strong team. The work that was required to get to this point, I think its just so impressive. This didn’t just happen and now we’re seeing the results of it and it’s only the beginning” – Nichols 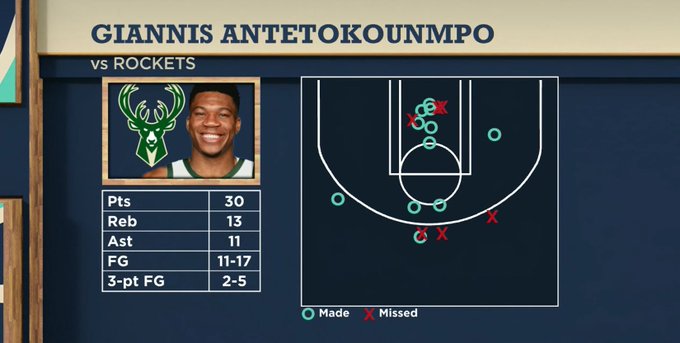 “That was the most impressive performance I’ve seen in opening week. What a statement victory from them. Bucks vs Rockets could be a Finals preview” – Windhorst

“I was very impressed. They really picked up where they left off from last season.
They’re going to have to make another step. This is their opportunity now to get out of the East” – Pippen

OTD in 1997 – A behind the back pass and then an alley-oop pass from Tim Thomas (Sixers) to Allen Iverson who finishes with the layup!

“No. But I love the his nickname, ‘Ice Trae'” – Windhorst

Scottie, does Kawhi remind you of MJ?
Doing a one-handed pump fake

Think this was a request from Russ?

James Harden arriving for the Rockets home opener. Yes, the team has added a red carpet and a DJ for their player arrivals. I’m told this will be for the first 3 games and weekend games for the rest of the season. pic.twitter.com/Yi4fshOIeR

“I like the red carpet, but I don’t know if we need a DJ” – Windhorst

Should Clippers bring back the head tap?

“I would advise not to. I like Darius [Miles], I like Quentin [Richardson], but they call themselves the knuckleheads for a reason on their podcast” – Windhorst

The latest edition of:

Pippen: Jazz
“They’re a much younger team, a little bit more hungry and they got a lot to prove. This is going to be opportunity for them to just go all out. Donovan is going for an All-Star year”

Windhorst: Lakers
“They’re going to have a great season. Do I think it’s going to be a championship season? I do not”

Windhorst: Zion
“But Luka is doing it now. Nobody knows what Zion is going to do”

Pippen: Luka
“He’s coming back this season with more confidence, more leadership and an opportunity to put his team in the postseason”

“Michael stated a fact. He’s basically saying, ‘I’m going with the guys I know I can win with'” – Pippen

“There was going to be somebody from North Carolina [on that list]. You could have thought Michael might have said Larry [Bird]” – Wilbon

“James Worthy gets overlooked. To me, was the best PF to play the game” – Pippen

Both guys said after the game:

“We already warned you this is going to happen on the court. It doesn’t mean there’s a division between us, this is how we talk about basketball. We’ve been friends since we were kids”

“I don’t think it’s a big deal. There’s going to be times when they’re going to have some confrontations” – Pippen

Which was the best version of LeBron?

OTD in 1996 – A fist fight breaks out between the two Charles: Oakley and Barkley!

Kerr: “This is not a one-off, this is the reality”
Gave up a 141 points in a loss to the Clippers

“You got to start learning how to fight every night. It’s been a easy task for them over the last few years. The adjustments are tough, but you just have to play through it. They don’t have that luxury” – Pippen

“People just seem like they want to go at Steph like he did something to them. Steph’s got to deal with people coming at him” – Wilbon 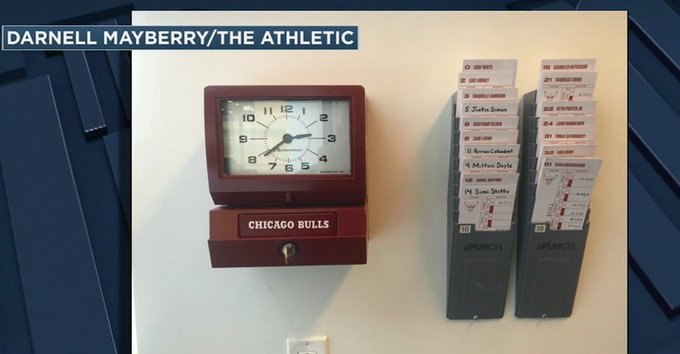 “If the players bought into it, it’s great. I want players that have a love for the game and wanting to be in the gym” – Pippen

“No. He’s going to make sure they win the game” – Wilbon

“He’s going to torch them. To my friend Spike: Sit back and watch” – Pippen