Should Team USA feel good or bad after 1-point win over Turkey? 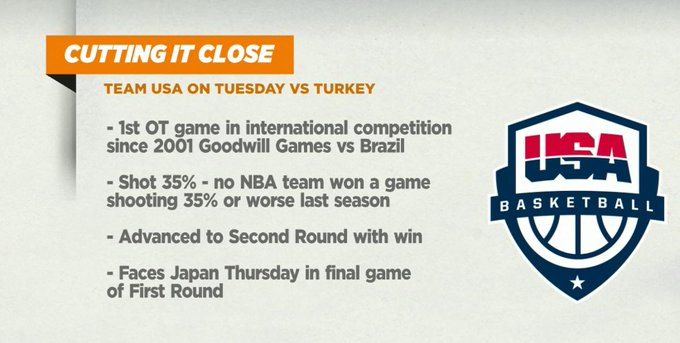 “They won. I give credit to every one of these guys because so many other guys didn’t want any part of this and didn’t want to sacrifice a big part of their summer to do this. These guys are out there in a no win situation” – Friedell

“Some of their vulnerabilities were absolutely on display” – Andrews

“I see a team with very little identity, both on offense or defense” – Sedano

Should Tatum sit out rest of World Cup?
Suffered a left ankle sprain vs Turkey

“Unless the MRI shows something different and they go through the protocol and feels awful, if he can play, he’ll play and if he can’t, hold him out” – Friedell

“Don’t push it. He needs to be extra cautious. Boston needs him to be healthy” – Andrews

Giannis scoring 13 points in loss to Brazil a big deal? 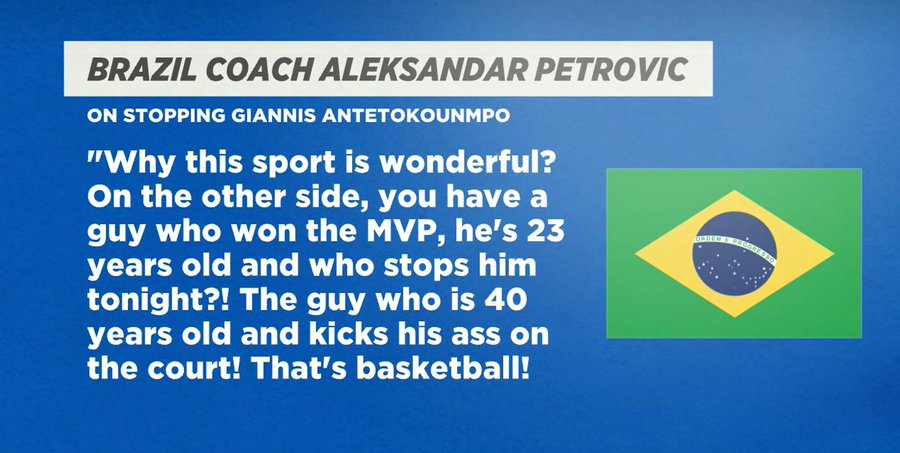 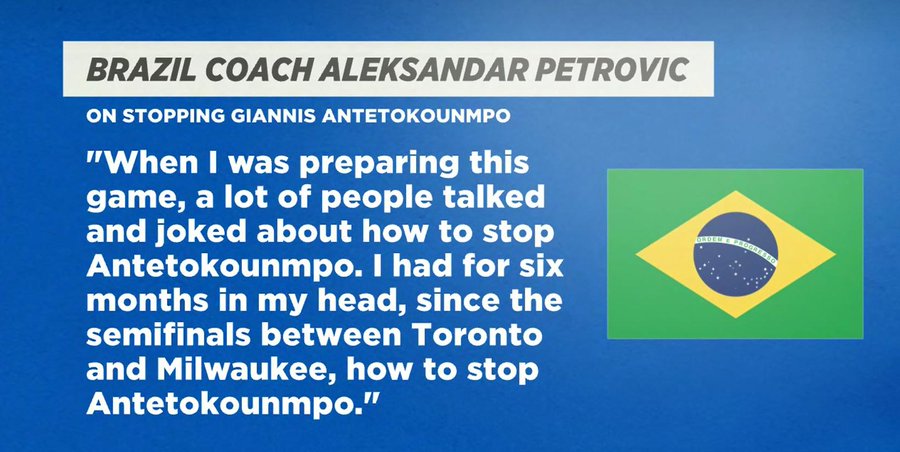 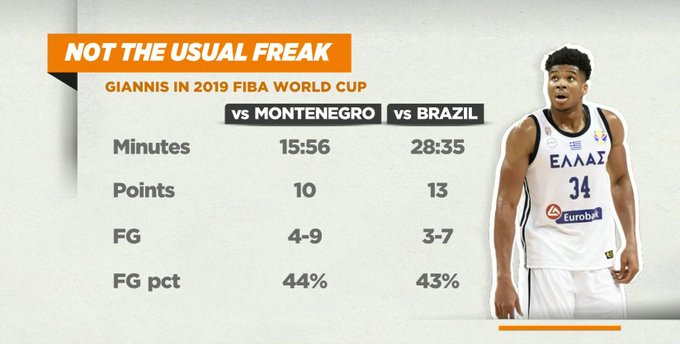 “It would be fascinating if the NBA looked at it” – Sedano

Also Confirmed: Klay Thompson likes to move it, move it.

Possibly groove it, but this is not confirmed as of now. pic.twitter.com/bsU24mrIOU

Think we’ll ever see “The T-Mac” in a game again?

Is Alex Caruso about to have a breakout year?

The Alex Caruso mix that you wanted 🙏@ACFresh21 /// #LakeShow pic.twitter.com/z6XhJJPBuA

“He plays hard. I don’t think we should expect more than that” – Friedell

“Is he really going to be under the microscope?” – Andrews

Would you be happy or scared to mosh with Shaq?

Anybody have a better Labor Day weekend than Pat Riley?

“They are in the middle of a gap year. They’re a year away from being a year away. Whether they added Melo or not, I don’t really think it’s a big deal either way. He just desperately wants to get back in” – Friedell

“I wouldn’t put too much stock into saying this is family because that’s said all the time. The NBA is family. Secondly, the Nets cap situation is tight. What role is he willing to play on a team like that?” – Andrews

“I don’t think this Nets team is going to be as good as people think. I question what Kyrie can do” – Sedano

Lillard: LeBron is the best player in the league (Per The Joe Budden Pod)

Agree with Dame saying LeBron is still best player in the league? 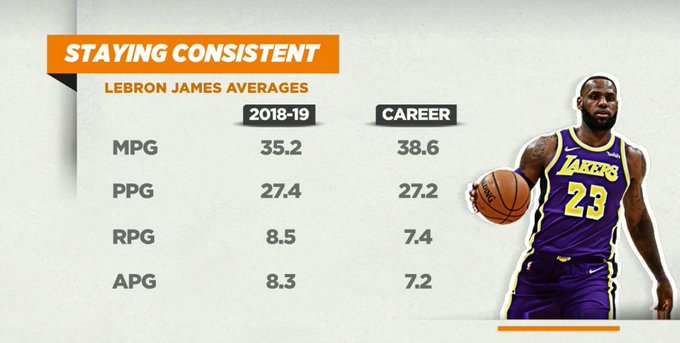 “LeBron is passed his prime. Until he’s is out of the league, he has earned the emeterius greatest player playing title” – Andrews

Would Team USA be an NBA title contender by Kevin Pelton 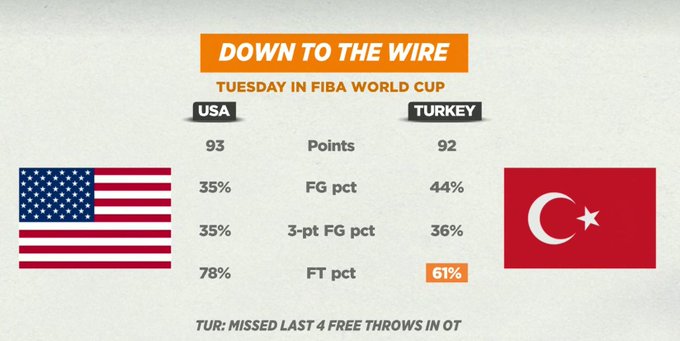 Andrews: Something
“That’s [35 percent shooting] a little bit, ‘Yikes!’ They were barely able to squeak out the win”

Friedell: Everything
“This is going to hurt them in this tournament”

Rockets extending Eric Gordon (Per Woj)
Signed for 3 years/$54.5M which will take him through the 2022-23 season 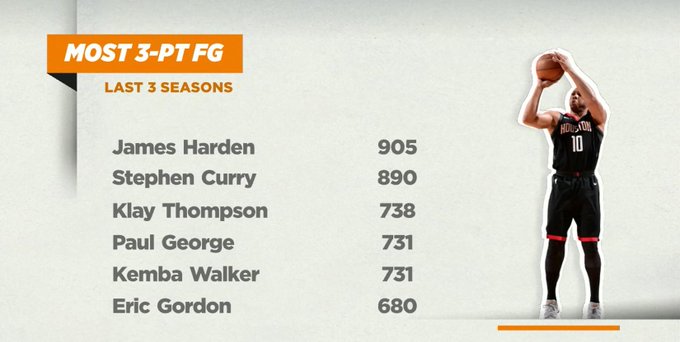 Friedell: Something
“He fits this system very well, but what happens if D’Antoni is gone after this year?”

Andrews: Something
“It’s good to have an institutional piece that’s been around as there’s a lot of turnover in this franchise”

Andrews: Nothing
“That’s the way the world works now and and that’s how everything is going to be from here on out”

Friedell: Nothing
“Blake Griffin said the same thing a year ago. This is part of the deal now in the NBA”

Serbia vs the World
Serbia dominates first 2 FIBA games
Their margin of victory over their opponents: An average of 52 points!

Secret Code
Shaq had a special signal for not passing to Kobe?

Buy Gilbert Arenas’ story about Kobe getting revenge on MJ?

Via The No Chill Podcast: