Is this Steph’s go to celebration? 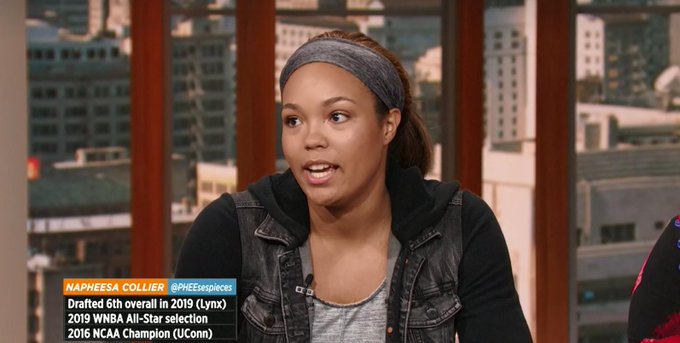 Fair to expect Klay to return late next season?

“I’m sure the Warriors are going to want Klay to take it extremely slowly. Some of this may depend on where they sit [in the standings]” – Young

“9-12 months is pretty typical to return from a torn ACL. Best case scenario: Klay Thompson can get back at some point late in the season and then be something close to his normal self once the playoffs roll around and if he is, they’ve at least got a shooters chance” – MacMahon

“It’s not unreasonable to think that they’re a playoff team even if Klay doesn’t come back. We need to manage expectations when he comes back” – Windhorst

De’Aaron Fox: “I don’t crave to be in a big market” 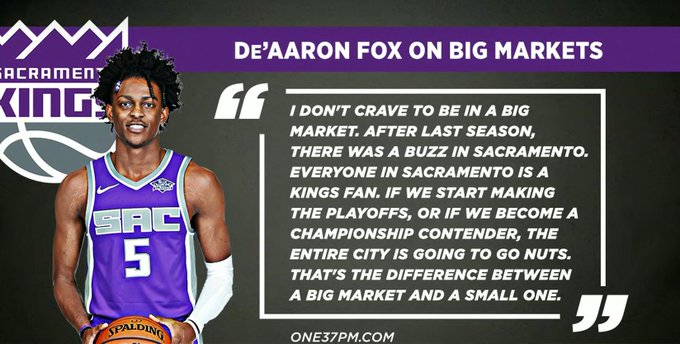 “Does he want to stay in Sacramento long-term? If they take steps and they become a perennial playoff team, then it makes sense. I do think there is something to being the only show in town. There’s a different feel” – MacMahon

“Will see what he says in year 6. year 7, He most likely means exactly what he’s saying but players feel differently when things play out” – Young 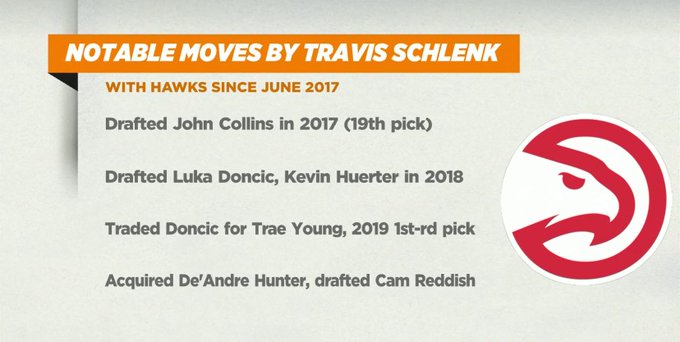 Too soon for Hawks to promote Travis Schlenk?

“He has done a tremendous job in taking an untenable situation with what the Hawks had and rebuilding it quite quickly. They’re building something [in Atlanta]. They’re a little bit of the Warriors east” – Young

“Trae Young has a really, really bright future. I see a Steve Nash type without the conscience, an analytically savvy version of Steve Nash. He’s going to be one of the best offensive creators in this league for most of his career. This is a really intriguing young core. The Hawks are one of the more exciting young teams, especially in the Eastern Conference” – MacMahon

August 20, 2006 – CP3 with the pass to Dwight Howard, who finishes with the poster dunk on Yi Jianlian (China) in Sapporo, Japan!

A man shoots jumpers while a game was going on!

Is Dame the best dancer in the NBA?

Was this what it was like to guard AI?

Whose side are you on: Noah or Booker? 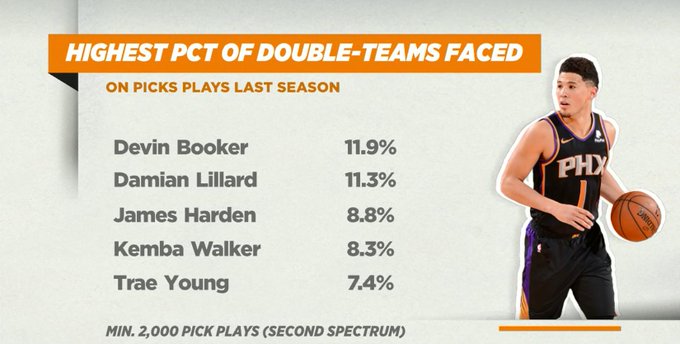 “He’s wrong because he’s a hypocrite. You need to work on playing out of a double team. I’m on Team Noah” – Young

“Work on your game, work on being doubled. I’m on Team Noah” – MacMahon

How close did Clippers get to boycott?

Biggest transition from UConn to pros?

“I was so excited when I got that call” – Collier

How important is winning Rookie of the Year?

“It would mean a lot to me. It’s the goal I set for myself originally before the season started. I knew that I could do it and I’d be in great company if I did it” – Collier

On WNBA travel and Maya Moore:

Best playmaker?
Expectations for JA Morant next season? (Via NBA.com’s John Schuhmann)
40 percent of the players on the Rookie Survey says Morant is the best playmaker

Tacko Tuesday
Tacko Fall’s agent: “If the Celtics release him, I don’t think he goes unclaimed” (Per Adam Himmelsbach of the Boston Globe)

“They’re going to take their time with this one. They don’t have to make this choice right this minute unless there’s somebody that they really feel like they want and will not be there for them later” – Shelburne

“Marcin Gortat is not a bad fit. He’s known as one of the best screeners in the NBA, very physical, solid pick-and-roll player” – Young

“JaVale McGee is going to start at center. That was the idea even when they signed Boogie Cousins. But Boogie was going to play a lot and they counting on him offensively” – Shelburne

Shelburne: Something
“I am so here for a Lakers-Clippers rivalry and now we start having these storylines like, ‘Ty Lue who was spurned by the Lakers is now back with the Clippers?’ That’s kind of fun”

“Ty really wanted to be part of this Clippers organization” – Windhorst

“He’s one of the most philanthropic players in the NBA. It’s really nothing new for Westbrook. He’s very active everywhere he goes” – Young