“It’s been crazy. The fans are excited about this opportunity, even myself to know where this team comes from, where we’ve been and where we are now, Canadians should be proud” – T-Mac on the vibe in Toronto

Key to Game 1 of the NBA Finals?

“These guys [The Warriors] have to be who they are (Klay, Steph and Draymond). On Toronto’s side, they’re going to need another guy (VanVleet, Siakam). Who’s going to step up for Toronto to be that third guy that will help them out?” – T-Mac

“This is the best defense that the Warriors have played against [in the Raptors] in their 5-year run. The Raptors are big, bad and smart. As I’ll watch Game 1: How do the Raptors defense affect the Warriors?” – Windhorst 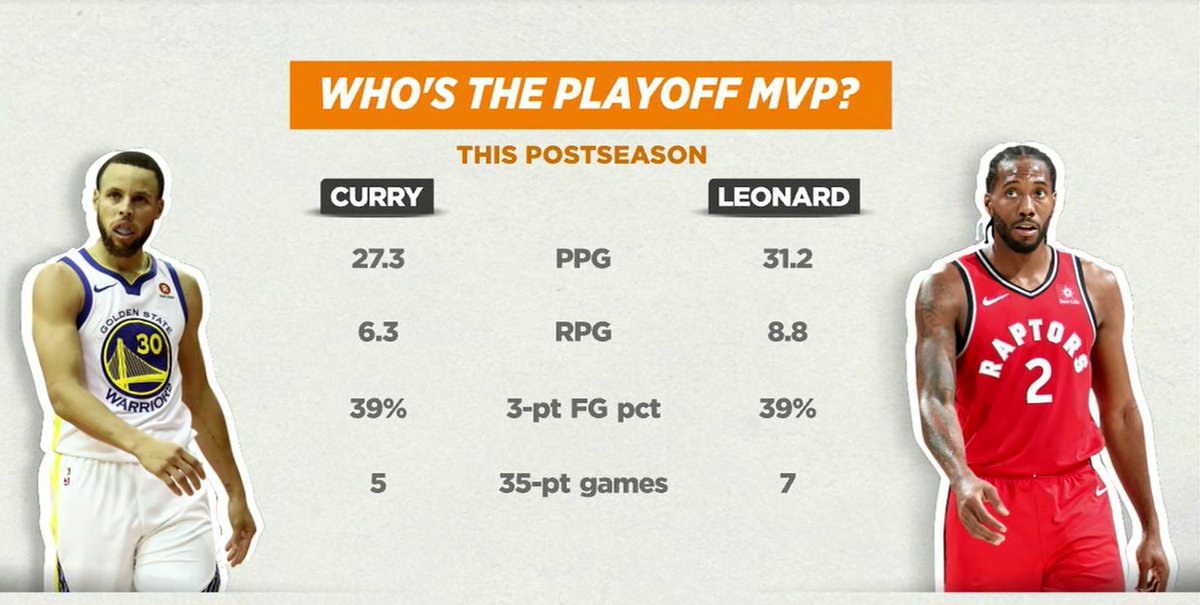 “Steph. This is his time to win Finals MVP. He needs that on his resume” – T-Mac

“Kawhi. Steph could have a bad shooting night. Kawhi can impact the game in many other ways. You’ll be able to get more from Kawhi at both ends on a more consistent basis” – Windhorst

Time for Rockets to shake things up?
Per Woj: Rockets GM Daryl Morey is “showing an aggressive desire to improve his roster with all players and picks available in trade talks.” Also, it’s unlikely James Harden would be dealt. They would like to keep him as the centerpiece 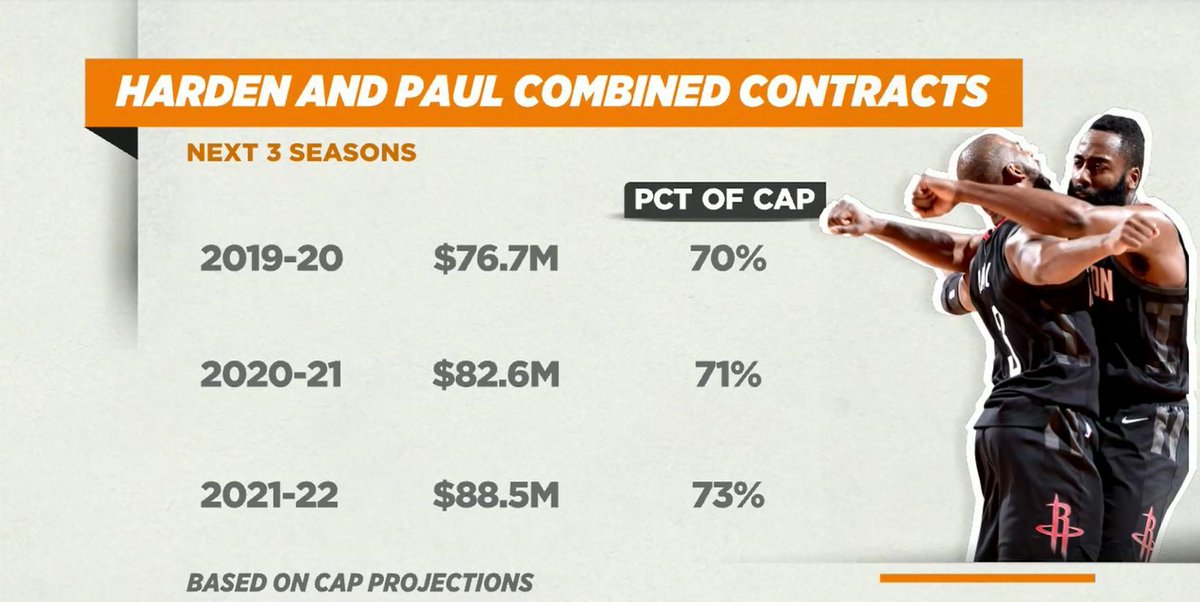 “Daryl Morey is really obsessed with trying to win a championship. He’s going to do everything in his power to try to make that happen. I’m surprised that they would include James Harden in this. You’re not going to be able to move CP3 with that contract. I just don’t see that happening. But you’re looking at the wrong moves that should be made. Their should be a coaching change” – T-Mac

“So all of their core players are under contract, they have no draft pick and their over the salary cap. So the only way that they can really make a difference with his team is through trades so it kind of makes sense. My question is: What is their motive?” – Windhorst 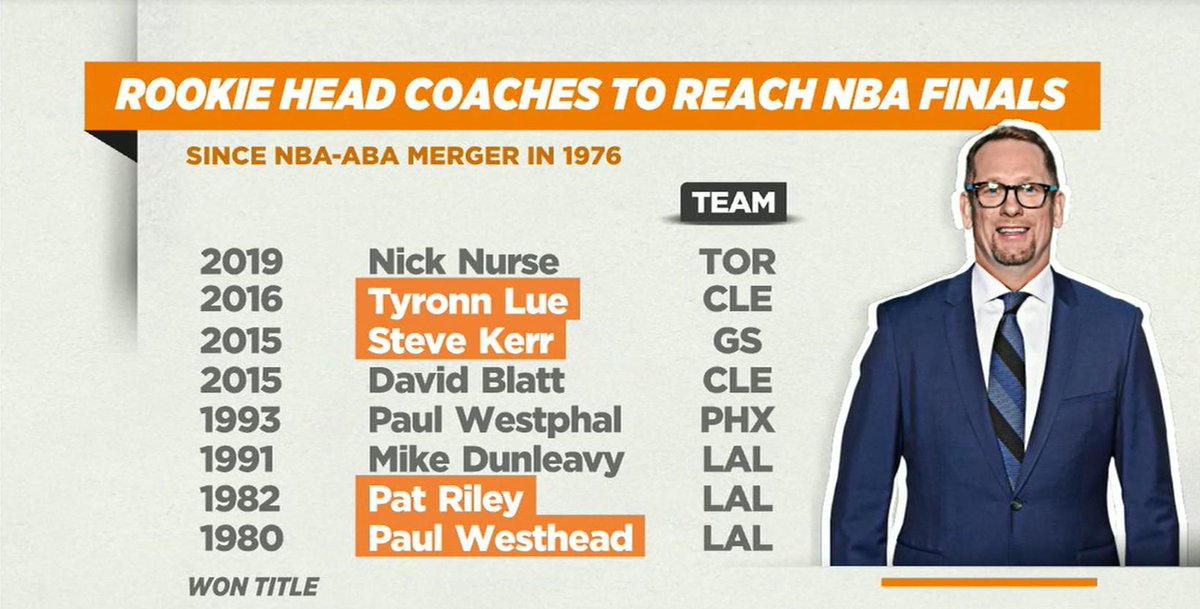 On whether there was pressure to get to this point of the playoffs in his first season:

“The bar was set high. [Dwane] Casey laid a great foundation here and won a lot of games. I wouldn’t be here without him. I guess there’s a little pressure. This is where we wanted to be” – Nurse

“I think the first thing is you got to get to know him. You don’t really know these guys till you get them under your own roof a little bit and we had the load management thing going. When we first made the trade, obviously I was interested. He was a great player, a finals MVP and two-way player and a lot of things to get excited about. But I just wasn’t sure where we would be. When I first saw him, I was like ‘Man. This guy can really score easy.'” – Nurse

“Right away. This guy can really create his own shots so easily” – Nurse on how he knew Kawhi Leonard was extremely special

Do you have a good relationship with Drake?

“I didn’t even know it right when it was going on until the next morning somebody sent me a picture of it. So either a) I was really focused or b) He’s got really soft hands. He’s really nice to me. Great fan” – Nurse

What’s the story behind your “NN” initialed hat?

What changes for you without KD on the floor?

“I got to be more aggressive because that’s 35 points out of the lineup. So for me, that’s like 3 or 4 extra buckets. You can’t make up what Kevin does with one person. That takes a whole team” – Thompson

Do you care about All-NBA snub?

“I cared. The money is nice but I’m trying to build a resume. It didn’t happen this year but hopefully go to another Finals next year and it might happen then. I just wanted to make that team so badly just because it’s a huge honor but the opportunity to win a championship is greater” – Thompson

“It’s a worthy sacrifice. To be here and to be on the global stage, I wouldn’t trade it for the world. Even an All-NBA. I’m happy to be here” – Thompson

On the Raptors fans for Game 1:

“I know Aubery (aka Drake) is going to be on the sideline going crazy. I’m so excited. I know Canada always brings the energy” – Thompson

On facing Kawhi Leonard and stopping him:

“From watching Kawhi, I’ve learned he’s very good at taking his time, playing by his own pace and he’s become a such great jump shooter. It’s going to be a challenge” – Thompson

Does your mom really pick out your clothes?

“Yes she does. What mother doesn’t buy her son nice things? She knows my eye. She sees something that I like. That’s a good mom” – Thompson

“It means a lot. It means the work that we’ve put in and the work that I’ve put in kind of paying off a little bit. Just being here is a huge fulfillment, but we’re not just here. We want to go out here and we want to win and want to compete” – Lowry

On his playoff struggles this postseason:

“The problem for me was not being aggressive enough. I was trying to be more of a facilitator. But what our team needs is for me to score” – Lowry 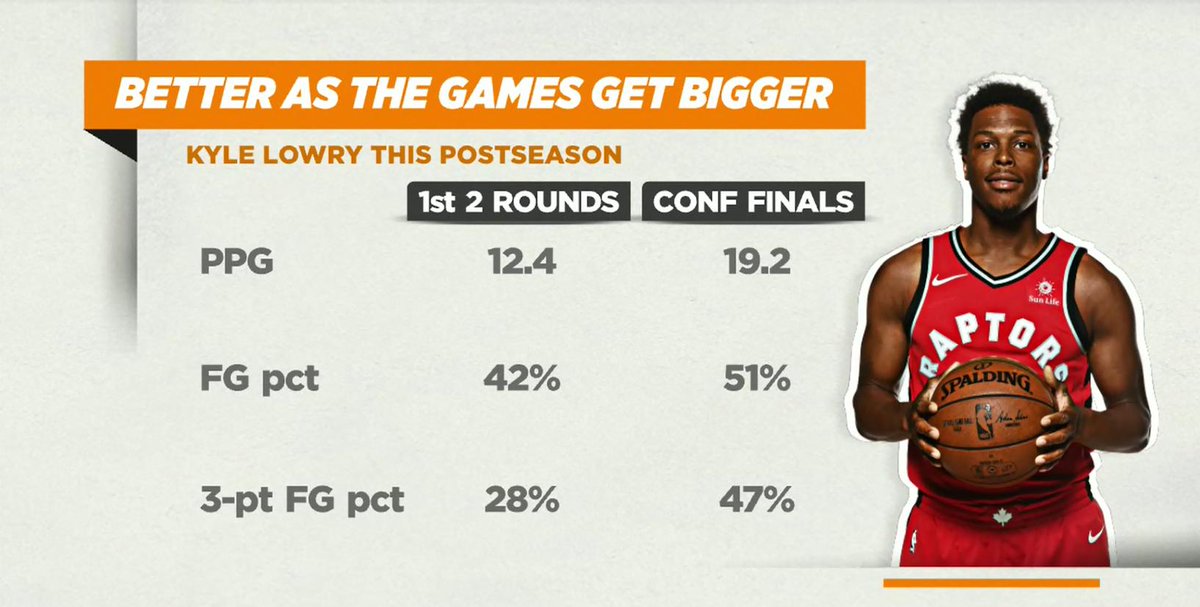 On having games with less of the stats and having a great game despite a loss:

How has your relationship with Masai Ujiri evolved?

How much will thumb injury play a factor in Finals?

“I haven’t complained about it, I won’t complain about it, I don’t care about it. I’m going to continue to do the things I need to do to make sure I can play at a high level. And that’s it” – Lowry

“It’s about passing. I’m a big passer. The flicking of the passing, the ball movement, handling the ball. During the game, I can’t feel my thumb” – Lowry

Lowry on keeping in touch with DeMar DeRozan:

“I talk to DeMar everyday. DeMar is definitely big part of what we’ve built here. All the guys he has relationships with, he still texts us. He wants us to be successful, he wants us to win a ring” – Lowry

“He’s always had the toughness. But his leadership is really highlighted on how he’s leading his team” – T-Mac on Lowry

May 29, 1997 – John Stockton (Jazz) with the game winning series three-pointer vs the Rockets to send the Jazz to their first ever NBA Finals!

On the Raptors first ever appearance in the Finals:

How will you defend Kawhi?

“With a guy like Kawhi, you really have to feel it and probably adapt and adjust on the fly once the game starts” – Kerr

What did Pop tell you at dinner? 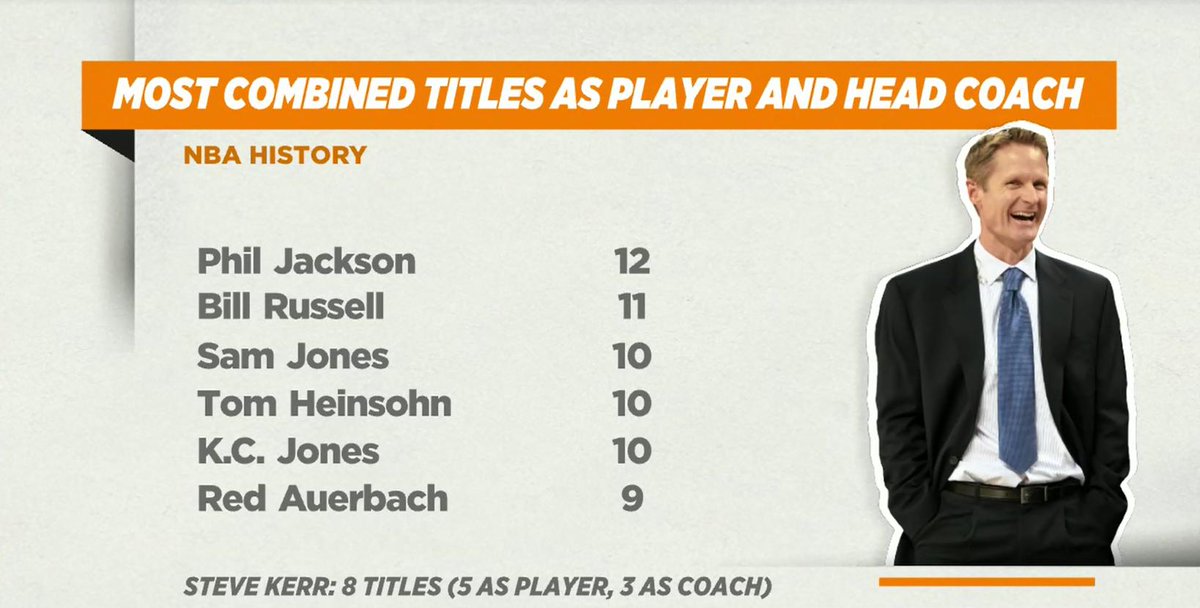 “I’m coaching with Pop this summer on the national team. He has a place in San Francisco, spends a little time there in the summer. When he’s in town, we usually get together. Most of our conversations was actually about this summer’s world championship roster and what were going to do and how were going to approach it” – Kerr

How are you planning for Boogie’s return?

“You’ll see him. The tricky part is for big guys to catch up to the speed of the game” – Kerr

“We’ve got to be careful. We know he can help us but we also don’t want to disrupt what we’ve done the last 5-6 games where we’ve kind of found a rhythm and found a pattern without Kevin and our guys are carrying some more momentum into this series. It’s a little delicate but we’ll figure it out – Kerr

How are you planning for KD’s return?