Did you laugh at Steve Kerr’s dad joke about Drake?

Panel (First Half Only): 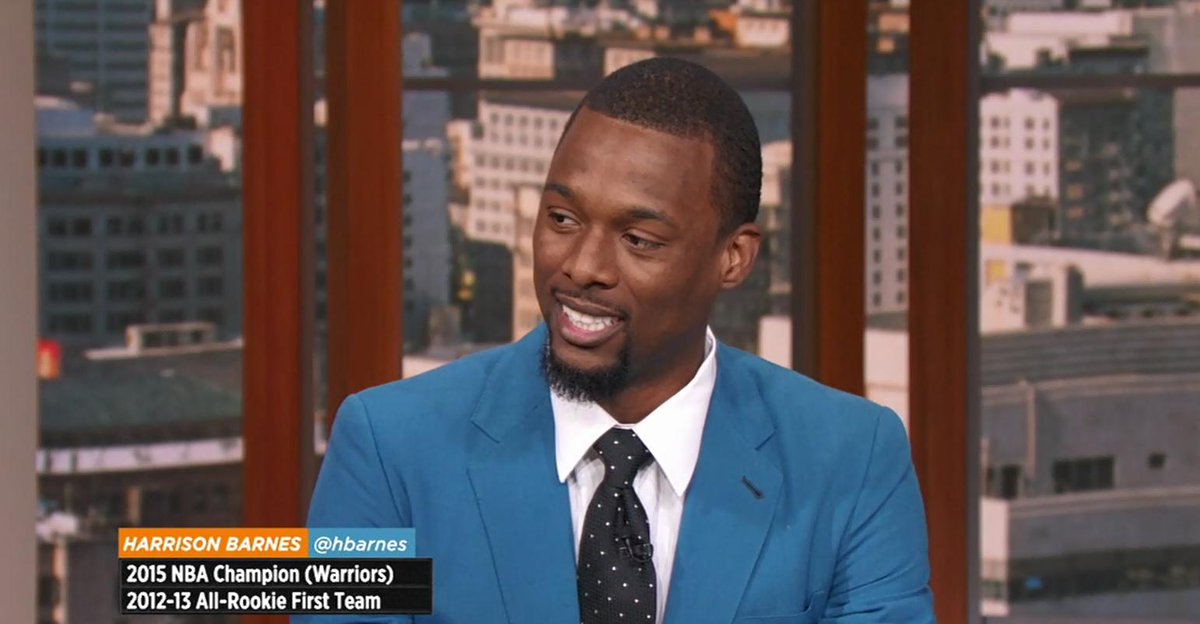 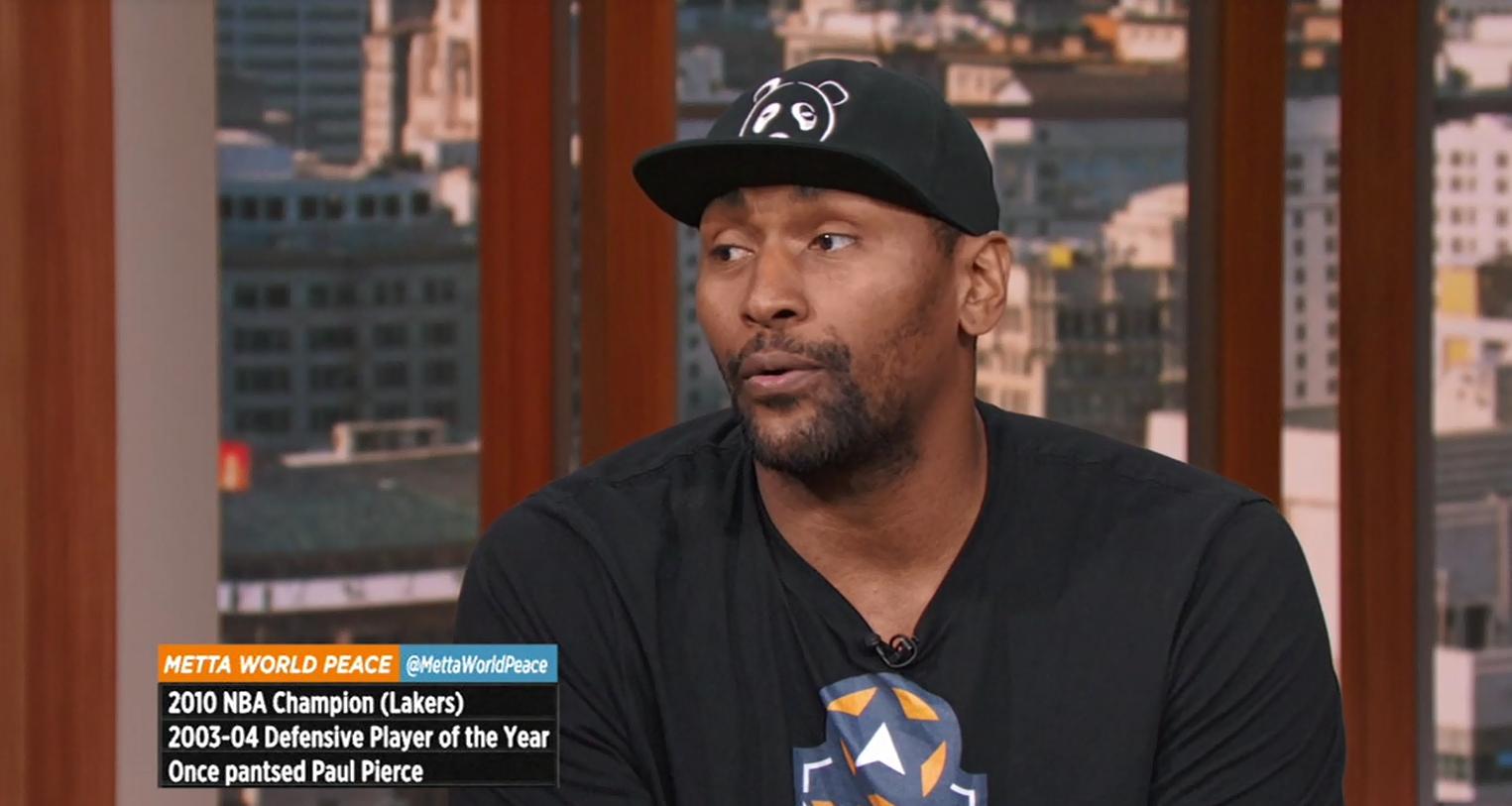 Monologue: Masai Ujiri’s gambles on the Raptors paid off

Nearly a year ago:

What needs to happen for Raptors to win it all? 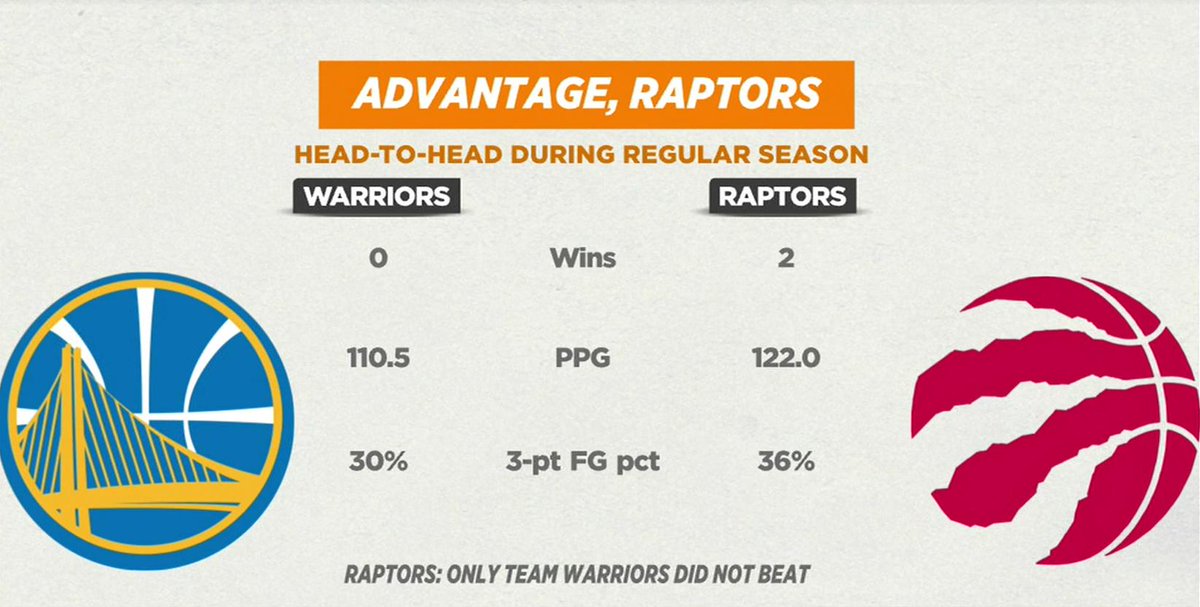 “If they make similar in-game adjustments like they did against Milwaukee. You have to be able to make in-series adjustments at a high level. You have home-court advantage against the Golden State Warriors. That is something” – Jefferson

“You have to keep the Warriors from dictating the pace of this series. Take them out of their rhythm (the way they like to play)” – Shelburne

What’s next for Bucks? 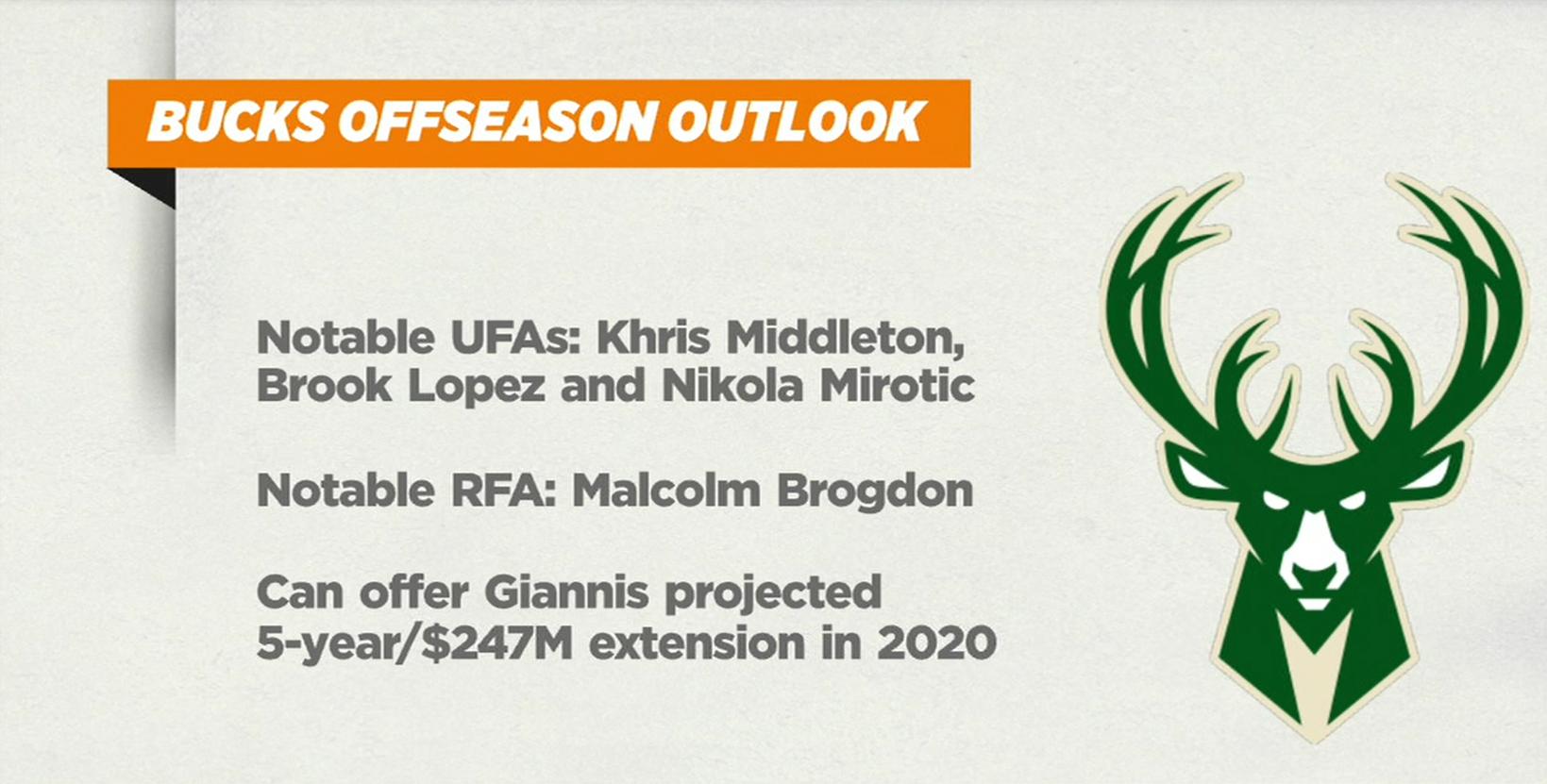 “Giannis still has some room to grow as a player. Maybe you just need to run it back and bring everybody back, a year older and a year wiser. This was their first crack at it. But bringing everyone back gets very expensive and that restricts your ability to add extra pieces to this mix in the future” – Shelburne

With the Bucks eliminated, you know what that means!

Here for the Drake vs Smash Mouth beef?

What advice can Pop give Kerr on containing Kawhi?

All my life my parents worked for a check. Now I’m proud to say I work for the check. #Nike #NikeBasketball pic.twitter.com/b1mTTJLySr

Is this actually a cast meeting for “Space Jam 2”? 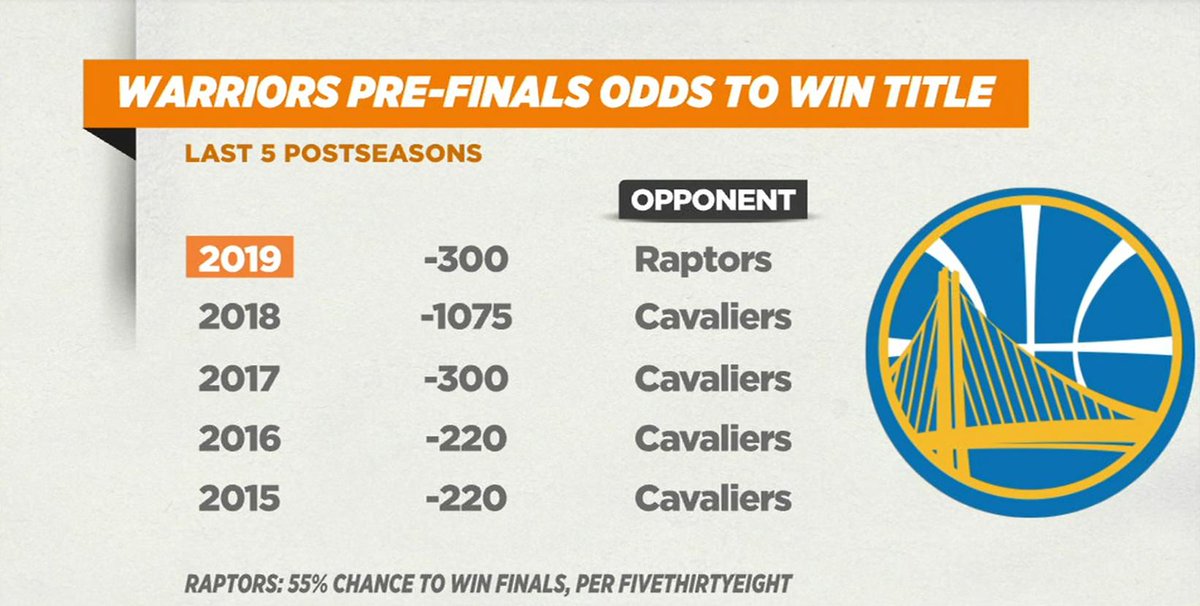 “They should be favored. They’re ‘dynastic'” – Shelburne

What it means to be an NBA Finals official:

It’s the ultimate symbol of achievement for an NBA referee: The white jacket bestowed upon the select group of officials chosen to work the NBA Finals. Hear what referees past and present have to say about the honor: pic.twitter.com/pyHPrXeizE 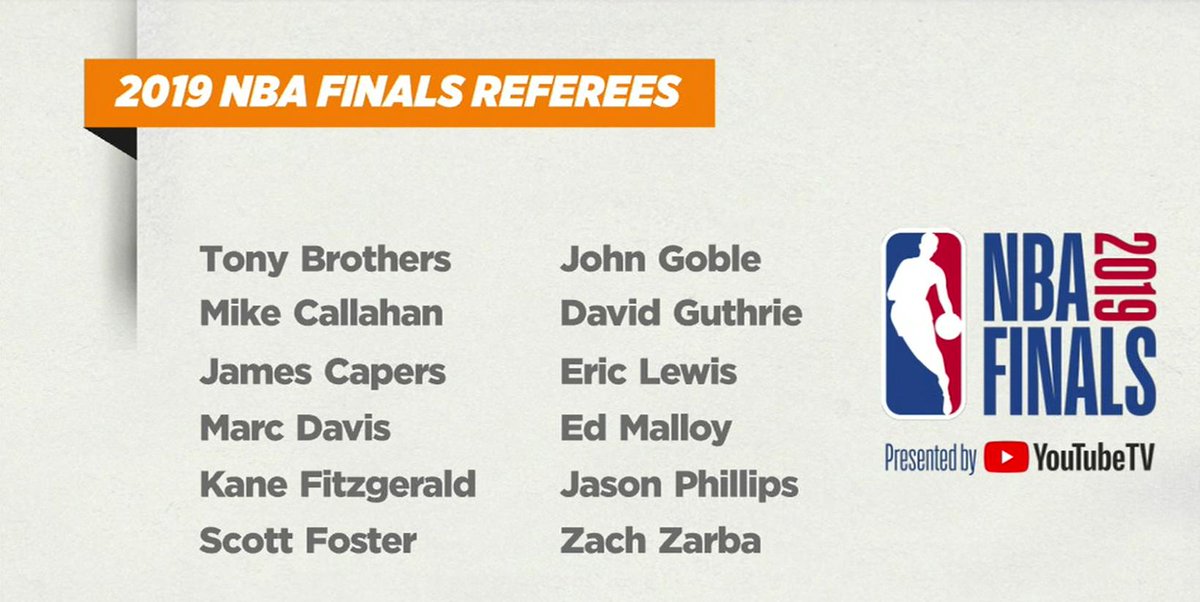 “It was fun. We played extremely fast, the guys in locker room we’re great guys, the organization is unbelievable, fans, playing against them they’re loud, they go crazy and so to have that support behind you every single night was fun. Obviously this year, we didn’t reach our goal but we’re optimistic about next year” – Barnes

Hampton on ESPN’s ‘Get Up’: 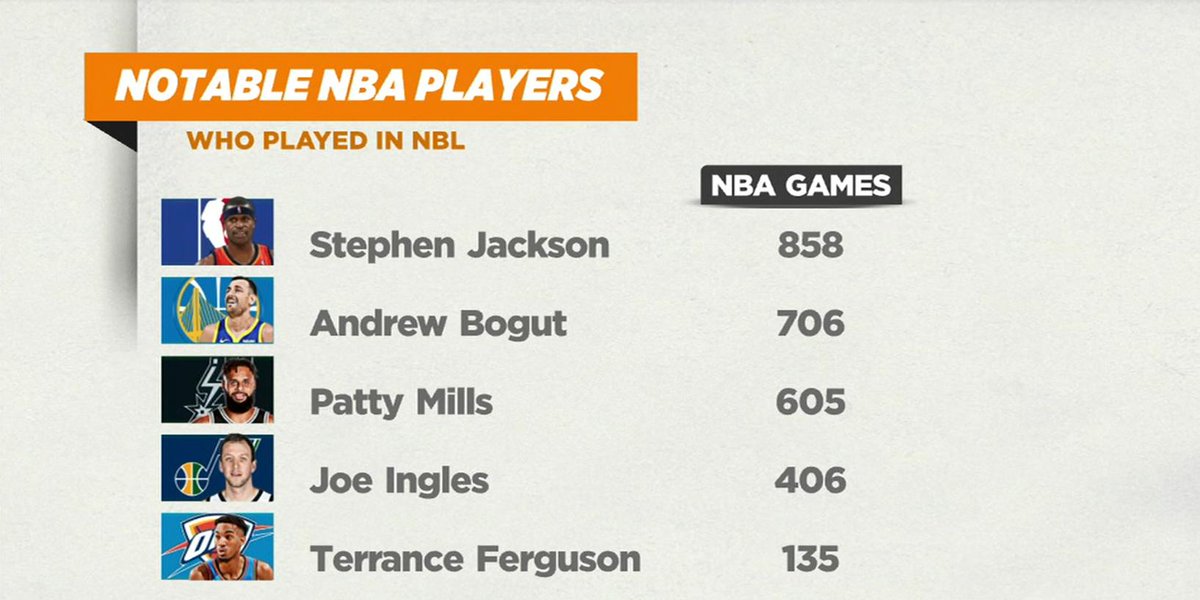 “You have to respect his transparency and his honesty. You want to get the best prerequisite for that which is going overseas and playing professional basketball. So if you have the maturity to do that, if you have the support and situation to go over there and play at a high level, knowing that you want to play in the NBA, I think it’s great” – Barnes

“The transition is a little bit easier. It’s a step up. It’s a great move for him. I’m over the NCAA. The whole thing is BS. There’s a lack of transparency that goes on. They don’t have money” – Jefferson

What role will KD’s absence play for Warriors?

“When people worry about the Warriors depth, don’t. There’s going to be somebody that you don’t really know that’s going to have a huge impact on this game at some point in time” – Jefferson

How badly do Warriors need Boogie for Finals?

“You can never have too many people that can create their own shot in the playoffs. The game is going to slow down, there will be some fast breaks but at some point you have to score in the half court and having an all-star like that, a big man who you can throw the ball to in the block, get you a shot, is willing passer only helps you” – Barnes

Lakers 2.0: The failed reboot of the NBA’s crown jewel by Baxter Holmes

“Quiet Storm: The Ron Artest Story” on Showtime, May 31 (Friday)

Sneak Preview of the documentary:

What made you decide to release a documentary now?

“I was afraid to tell a story. I wanted to remove myself from my career because so many dark moments that I don’t like to remember. When I watch the doc, I cried a couple of times” – World Peace

Believe Lakers can turn it around?

“I feel like when Dr. Buss passed away, how are you going to match that? It’s really hard to match what he’s done with the Lakers” – World Peace

“Everything takes time. It starts at the top, but you also have to be patient at the top. I don’t think she (Jeanie) should sell the team. The Buss family is a part of an American sports legacy” – Jefferson

“LeBron needs people like Richard Jefferson. When Richard was in Cleveland, he needed a ring. He was not going to depend on LeBron” – World Peace

How should Spurs fans feel about Kawhi’s success?
His uncle Dennis spoke to Chris Haynes of Yahoo! Sports about what went down with the Spurs leading up to the trade last season

“You support him because he brought you a ring. He should always have a home in San Antonio” – World Peace

“They should be happy [for him]. He’s proven that he’s not a system player. That’s one of the things that I think he wanted to kind of prove to people that he was one of the best players in the NBA regardless of system. This is a compliment to Pop and their organization that they developed this guy” – Jefferson

“He was playing so well and I was trying to figure out a way to stop him and I just pulled his pants down. He comes off the screen and still hits the three. That’s Paul Pierce for you back then” – World Peace

When you were already an NBA player and went to Circuit City and put your name down on a job application because you wanted the discount?

“I was 19 years old and you have so much time on your hands. When you can get a 50% discount on everything, we making it work!” – World Peace