"I needed that on my way out so thank you."@DwyaneWade discusses his incredible #TissotBuzzerBeater for the @MiamiHEAT home victory! #ThisIsYourTime #OneLastDance pic.twitter.com/S8sNdPly7N

Monologue: Lakers margin of error is even smaller than you think

Like the Cavs at home, the Knicks at home, Pelicans without AD and the Grizzlies with/without Jaren Jackson Jr. 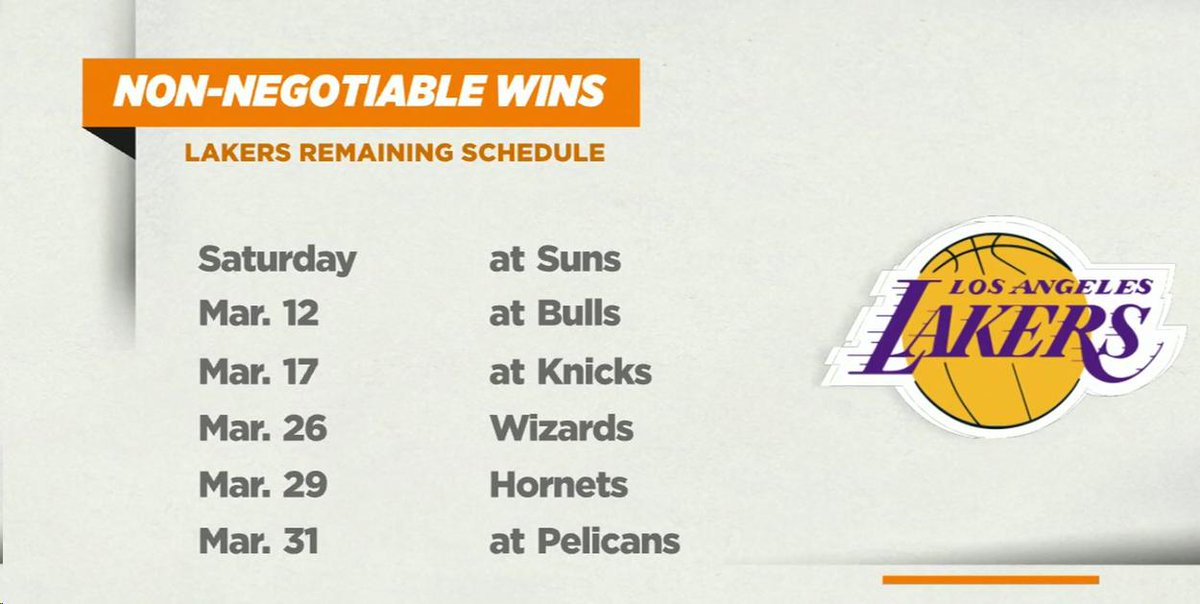 “I’m happy with what LeBron did. LeBron led with positivity and it looked like he found his joy yesterday” – Ogwumike 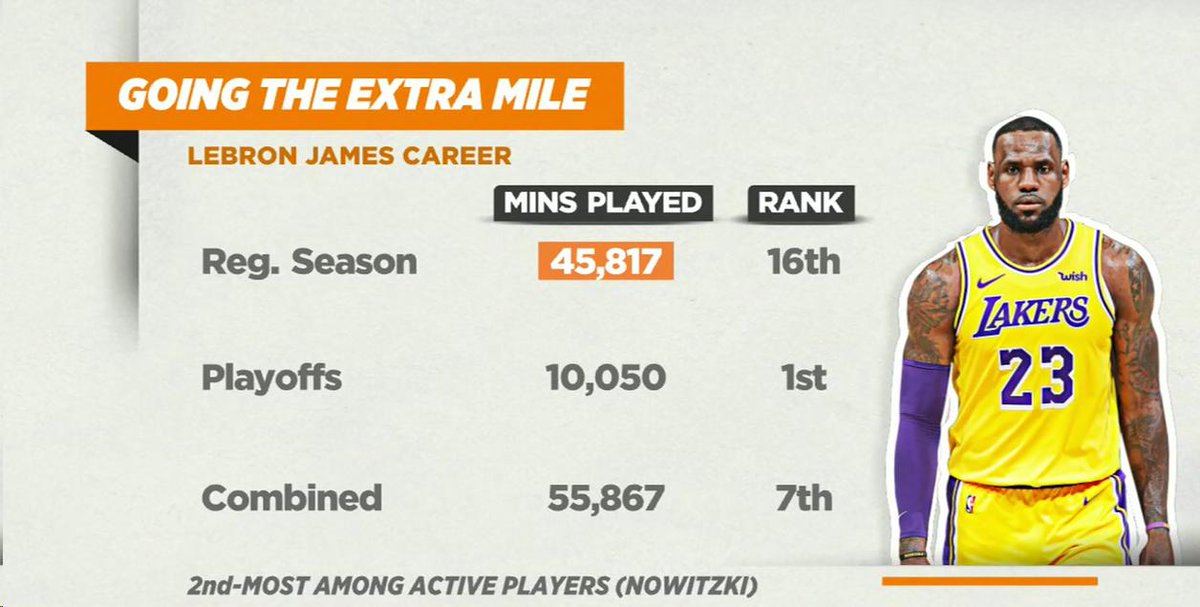 “You got to make sure this team is as pretty as possible going into free agency. If the Clippers make it and they don’t, that’s another thing that the Clippers will probably use against them. But LeBron not in the playoffs, of course he’s going to go full throttle” – Spears

“If LeBron James is healthy right now, I see no problem with him playing and going full throttle. Why not shoot your shot?” – Ogwumike

February 28, 2008 – Devin Harris (Nets) with the alley-oop pass to Vince Carter (Nets) who finishes it with the one handed alley-oop dunk!

Distractions; What was Corey Brewer looking at? 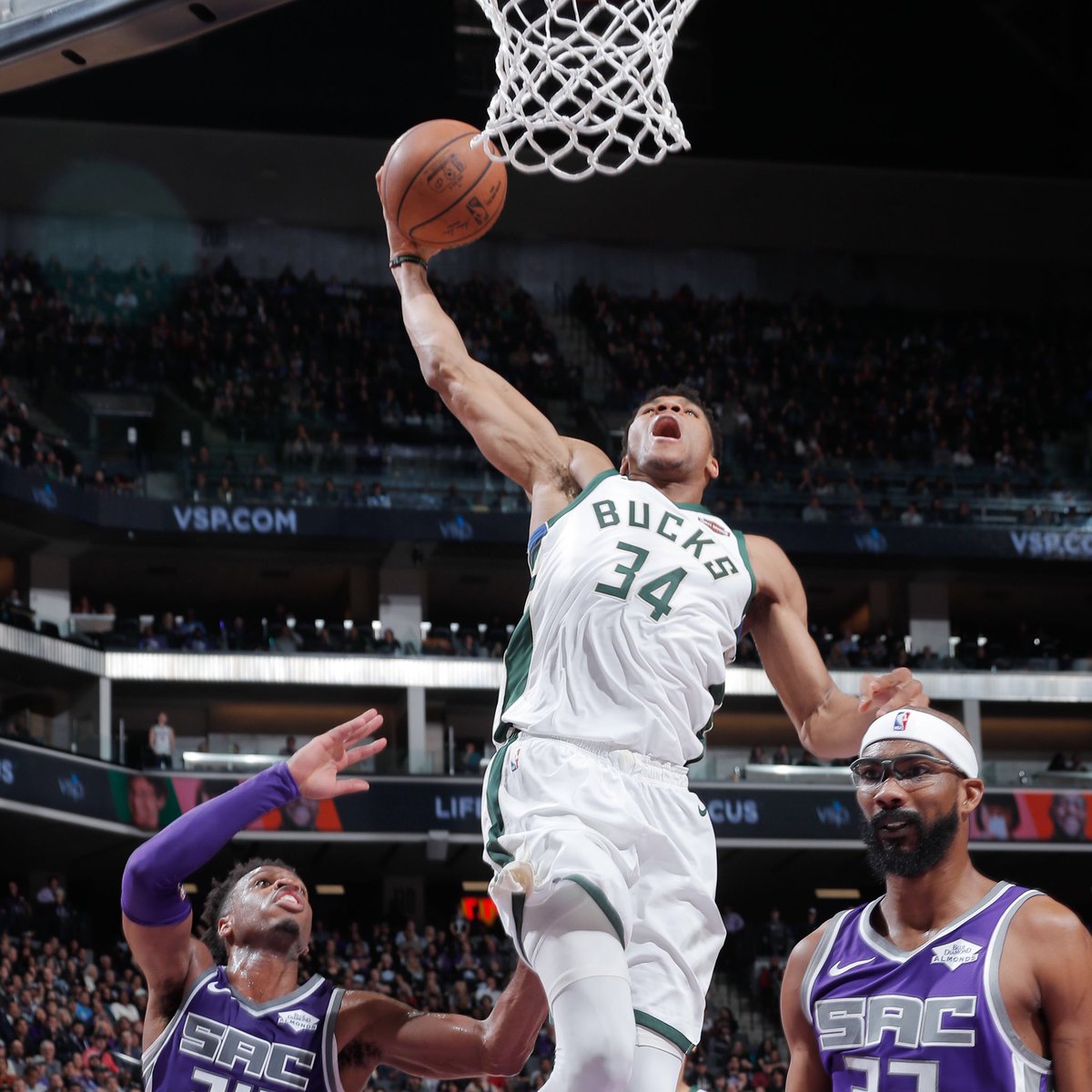 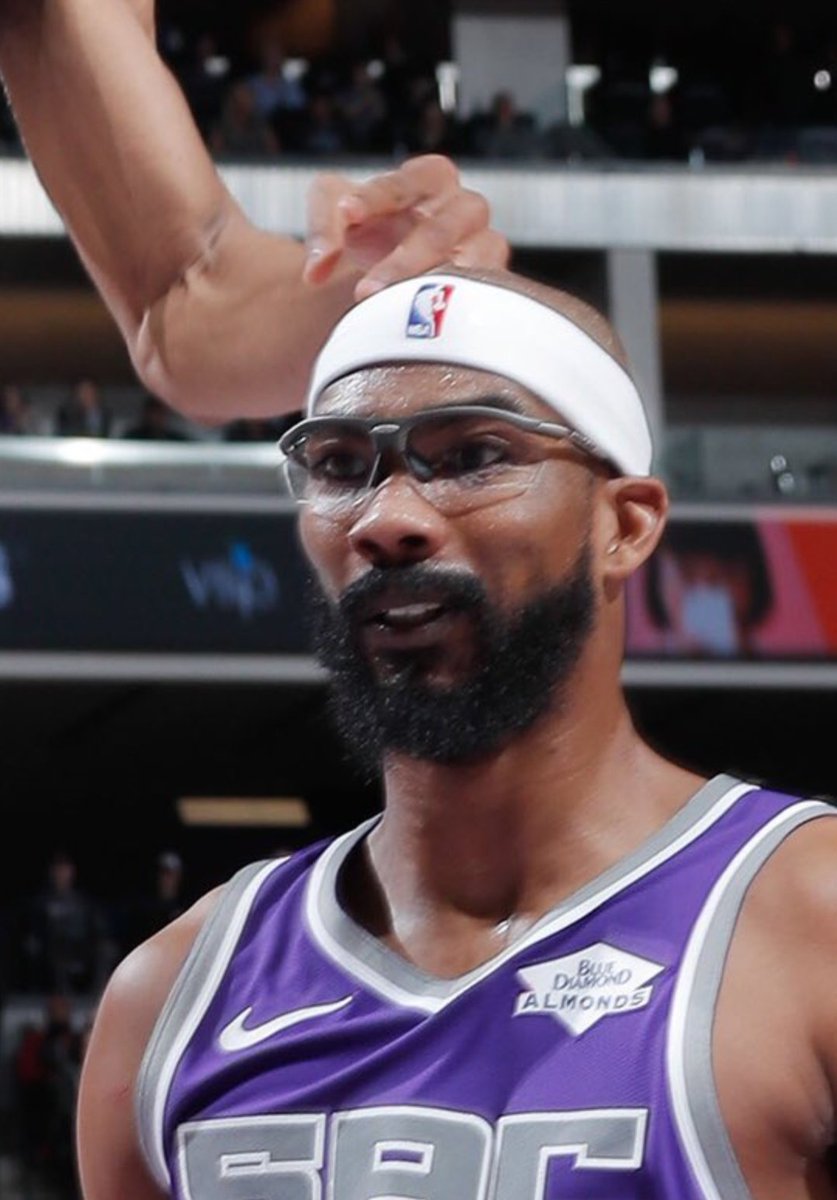 Complacency; Does D-Wade really need to retire?
Had 25 points off the bench, including, including the game winner over the Warriors

“When I talked to him a couple of weeks ago, he sounds like somebody that’s ready to go” – Spears

“They can lose that game. They could have lost by 24” – Elhassan

“They’ve been playing down more than they have lately this season than years before. They’re letting teams hang around in ways that does not help them” – Ogwumike

Should Kyrie be more concerned with seeding? 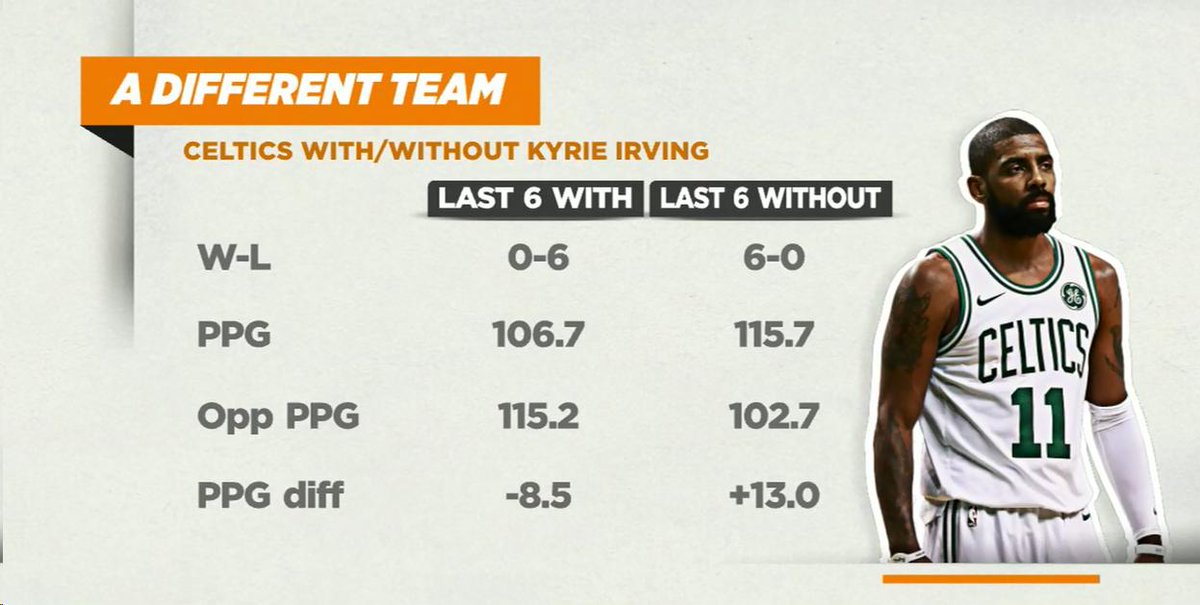 “He should be absolutely be more concerned about the seeding. He’s talking about the playoffs because he knows that they play better and the number one thing with big games and the Celtics and the playoffs is that they are finally on the same page. Everyone cares about winning instead of their personal performances. They are in the 5th position. Home is going to help them” – Ogwumike

“It’s cool for Kyrie to not to be concerned about the seeding because he’s been through everything. Most of their team is young. They haven’t gone through these things before. They need home court just to settle them and make them play. Kyrie is fine, but I can’t speak for everybody else” – Spears

Bagley’s injury hurt Kings postseason chances? (Currently 2 games out of the 8th spot in the West)
In February, he’s averaged 18 points and almost 10 rebounds in 30 minutes of action

“He’ll be fine. If he is out, Harry Giles can put the band aid on to get the Kings through it until he gets back” – Spears

“They’re more poised to step up in his absence” – Ogwumike

“This team is a little deeper than people think. They’ll figure it out” – Spears

Assuming the Spurs are in the playoffs, which one of these teams makes the playoffs: Kings, Lakers or Clippers?

Ogwumike: Kings
“They have the game advantage. This season matters to them”

Spears: Kings
“The reality, eventually, is going to set in on the Clippers talent and the Kings will jump over them”

Bucks PG, Malcolm Brogdon, aka “The President” joined the show!

How will Bucks measure success this year?

“Were focused on finishing the season strong but getting out of the first round. That’s been a knock on us in the past couple of years” – Brogdon

How much do other Bucks care about Giannis MVP campaign?

“He’s grown as a player, but as a leader vocally, leading by example. He’s been even better this season” – Brogdon 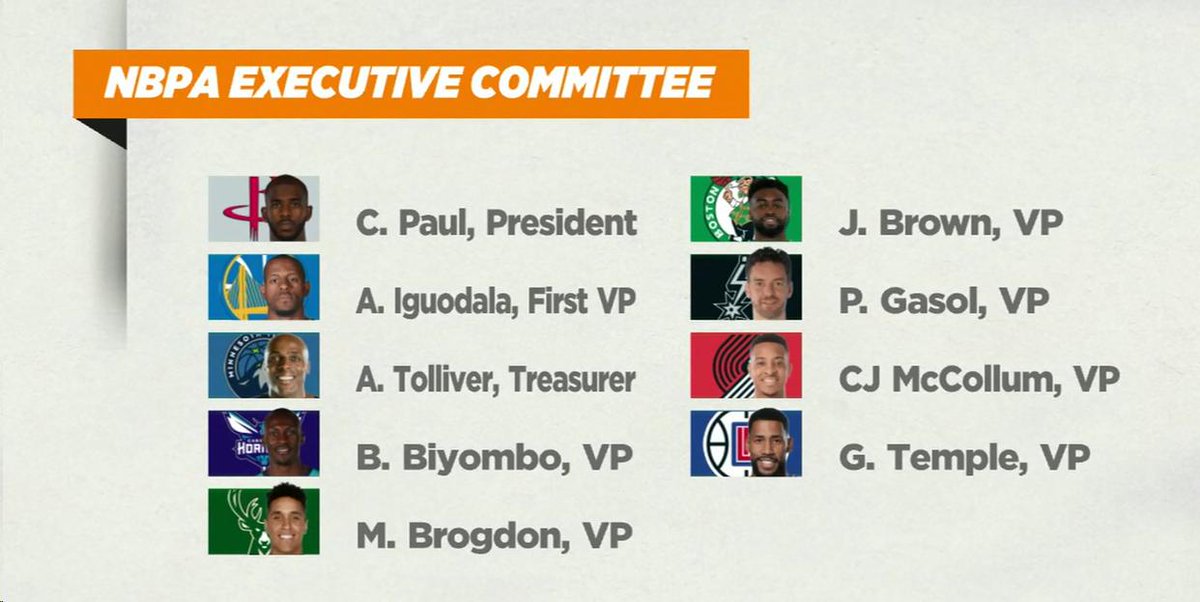 “They’re doing great things. That’s sort of the future for the players and the NBA” – Brogdon

Giving advice to young kids on how to shoot free throws well (Brogdon is leading the league in free throwing shooting percentage at .936 as of Feb. 28)

“Free throw shooting is about confidence and repetition. The more repetitions you shoot, the more confidence you’ll build” – Brogdon

“That was not a fake DHO, I was trying to hand the ball to Jabari because I was panicked at the end of the shot. Jabari didn’t want it” – Brogdon

On whether he expects the Lakers to come out and give the Bucks a fight (Friday night):

“For sure. They’ll be hungry. They have LeBron James. But were hungry” – Brogdon

On whether he’s worried about Giannis’ load:

“He is the Greek Freak, but I also think he’s human. But we have a coach [Mike Budenholzer] that manages our loads really well, that plays us a certain amount of minutes really every game” – Brogdon

On whether everyone is underestimating what Eric Bledsoe is doing:

“No. He’s been terrific” – Brogdon

“Trae Young is just another sensational rookie. It’s just that Luka Doncic has all the hype” – Ogwumike

“If this is a release for him, I’m all here for it” – Ogwumike

Kobe on Zion: “If he’s healthy, he should go play”

“Don’t give up the season and go to the NBA. That’s the mamba mentality. You made a commitment, you finish the commitment” – Spears

“Everyone knows what Zion means to the college game right now. He chose Duke for a reason and he should see it out and play” – Ogwumike

“The smart answer is sit out” – Ogwumike

76ers not rushing Embiid back?
Sixers currently in 4th place in the East

Brett Brown on whether he’s using the standings as a barometer as to whether or not rushing Embiid back should be done:

“I would. But it’s better to have him in the playoffs” – Ogwumike

“Getting Tobias Harris is good. Having him there is a boost you can have for you team” – Ogwumike

“I’d rather have him be healthy later than be healthy now. I need him ready in the postseason” – Spears

“In a weird way, him sitting out makes it a little easier for Tobias Harris and Jimmy Butler to get comfortable” – Elhassan

“If he’s healthy now, I don’t see any benefit in not playing him now” – Ogwumike

“It’s over. CP is back. James is a phenomenal passer that he doesn’t need to do that. He can make his teammates better and make it easier on him” – Spears

As for Dirk’s own potential retirement:

“I’d love to be there for the young guys one more year. But I think it depends on how the body feels”