Which was better: The pass or the dunk

Monologue: Where do Trail Blazers go from here?

He injured his other leg, compound fractures to his tibia and fibula and the impact of this injury is likely to be just as devastating to the Blazers postseason as all the other ones

“At the end of the day, were still in the playoffs, we have a job to do. They still have CJ McCollum and also Damian Lillard so that’s a plus but you have guys like [Meyers] Leonard that have to take up some slack on defense. [Enes] Kanter is going to have to score so many points but what’s dangerous for the whole league: This gives the room for Damian Lillard and [CJ] McCollum to go for 40 apiece ” – Jackson

“It’s not just his statistics that they lose, he’s just a really great screen setter, his pick-and-roll with Lillard, and McCollum too, is a bread and butter play in the league” – Windhorst

“I’m very relived that he got his contract last summer. It won’t impact his earnings” – Windhorst

“This is going to impact Nurk and his life and will impact this Blazers team for not just this season, but maybe for the next season in a half or even longer” – Nichols

“The Suns definitely. You don’t want to teach that to your team. You’re already getting blown out. Stats is the last thing you worry about. Everything they did was all wrong” – Jackson

“I kind of respect the Jazz here. they. They obviously felt like it was a little bit against the spirit of the game to bring Booker back in” – Windhorst

“At the same time, what are you teaching your team? It’s cool to get your stats and lose?” – Jackson

Are Suns wasting Booker’s talent?
Scored 59 points in a loss to the Jazz

“I’m not going to say being wasted because even though he’s in the situation he’s in, he’s been professional. But you got to let him play and finish the season on the right note. I would sit him down” – Jackson

March 26, 2007 – Rasheed Wallace (Pistons) with the buzzer-beater from beyond halfcourt vs the Nuggets!

Innovation; What sport will the Blazers try to incorporate next?

Accuracy; Should we start calling this “The Ingles?”

Reach; What can you do?

Millennials; Better dance: This Usher [in Orlando] or Usher?

D-Wade: “I can play another 2-3 years…I wanted to walk away”

“I can play another two, three years, definitely. People around me want me to keep playing. But I made the decision to say this was my last season and I wanted to walk away the way I’m walking away now and have no regrets about it.”

Impact of this season on D-Wade’s legacy?

“To have the career Dwyane Wade has had, to be one of the best shooting guards of all time and you walking off on your own merit doing it your way, he deserves that” – Jackson

“He is going on a happiness tour. He is the man that the league needs right now to remind everybody how happy this can be. The expectation free delivery of this joy this year has been wonderful. It’s wonderful for the league and him. He deserves it” – Windhorst

With the Rockets in town, Adidas took out a full-page James Harden ad in the Milwaukee Journal-Sentinel. “You’re free to think James Harden deserves to be MVP. Or that he doesn’t.” pic.twitter.com/vDxbFjKesM

Harden’s heavy workload give him MVP edge over Giannis?
Harden is 2nd in MPG | Giannis is 40th in MPG

“No. I don’t. It’s about winning. Giannis has done it the whole season. He has the edge” – Kidd

“Winning matters a lot to me. Giannis has carried this team all year. That’s special” – Jackson

“Yes. Giannis said it perfectly. They want to get out of the first round. For them to win a series means they’re going in the right direction. Giannis is about the team” – Kidd

“Eastern Conference Finals is possible [for the Bucks]” – Jackson

Think Thunder will turn it around? 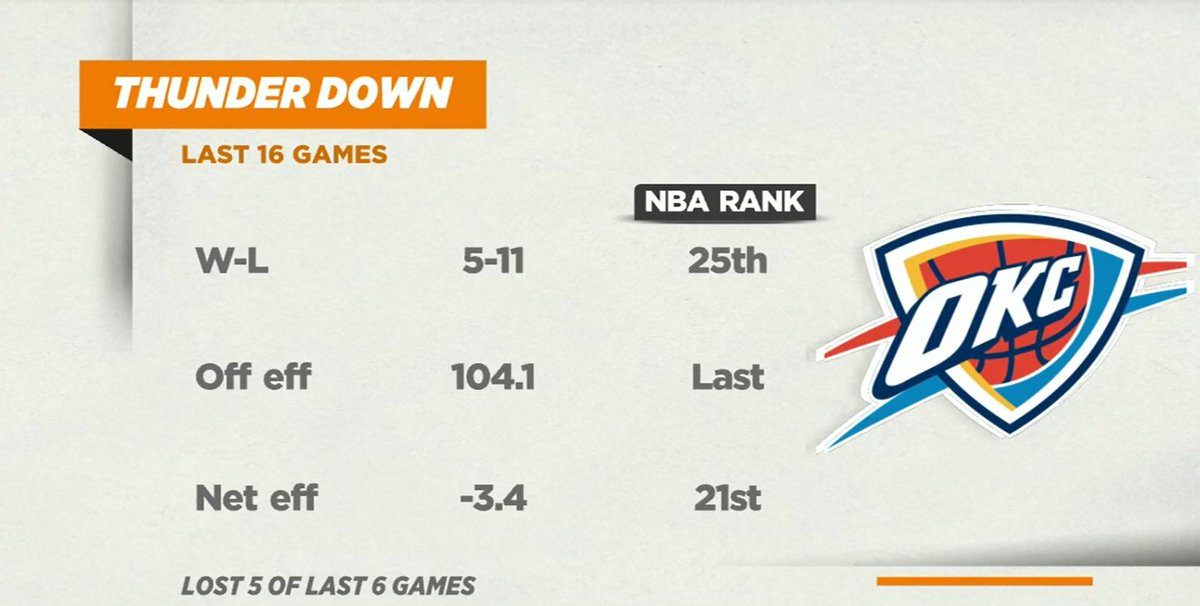 “I hope they can. You want to go into the playoffs feeling good and everybody feeling healthy” – Jackson

“They have the highest payroll in the league but they don’t have shooting. That is a real issue” – Windhorst

March 26, 2006 – AI (Iverson) with the alley-oop to the other AI (Iguodala) who soars high for the finish vs the Pacers!

Favorite memory from playing in McDonald’s All American Game? 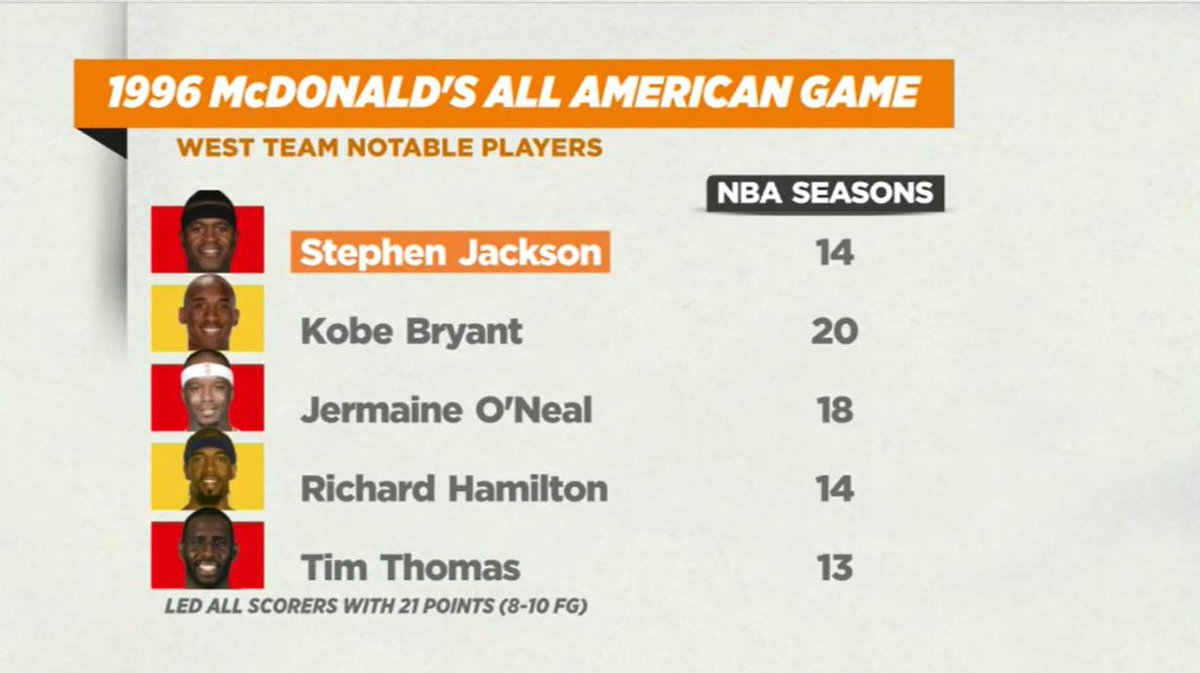 Jackson on his time with the Suns:

“I should have thrown it to Dwight [Howard] or Kobe. But LeBron, I had told him like ‘I’m going to throw it’ and he says ‘throw it.’ He did everything and he was shocked he didn’t make it” – Kidd

“I was just trying to win. I was trying to figure out how to change the momentum of the game because we were losing. Dirk like: ‘You crazy'” – Kidd

“We had no timeout, I need to make sub, slippery hands and I’m like ‘Oh.’ Real stiff with my acting. Maybe a 2. It was all about winning. The crazy thing about that whole situation besides the fine, which was a little bit too much, was that Paul [Pierce] got a great look to tie the game. He missed it. I had to try to figure out how to get guys in position” –  Kidd

Do you believe?
Will Magic make the playoffs?

Thank You Chris
Chris Bosh will have No. 1 retired by Miami Heat

Expect Celtics to win without Kyrie vs Cavs?

“I like Boston without Kyrie, especially in the regular season because they got so many weapons and everybody can be aggressive and that’s why they have a better winning percentage without Kyrie. But they need Kyrie in the playoffs to be that finisher and closer. But without Kyrie, they are always going to be a dominant team because they play freer ” – Jackson

“When your best player is out, other guys get the opportunity to shine and you saw that last year. This gives them another opportunity to prove that they want playing time and they want to ball” – Kidd