Highlights from the interview:

“I’ve seen it all. Especially on the court. I’ve seen double teams, triple teams, zones. It’s just something I had to do because of our situation. We have all the injuries and guys in and out of the lineup” – Harden on his scoring streak and why he’s been doing it

“Rockets not at last season’s level, but we’ll get there” – Harden

February 19, 1998 – Charles Barkley (Rockets) with the sick behind the back pass to Clyde Drexler who slams it home vs the Pistons!

Kindness; KG put a dunk bounty on Yao in 2000? (Via Yahoo! Sports)
No one dunked on Yao and the money went unclaimed

“When I was playing for the Orlando Magic, he was one of my targets I wanted to dunk on” – T-Mac

Does Harden need to defend scoring streak to critics?

“No. He’s listening too much of ESPN, talk show radio and paying attention to social media too much. Basketball players know why he had to do what he had to do in the beginning of the season because of all these injuries. Capela, CP3 and Gordon missing some time, he had to do that to keep them afloat” – T-Mac

“He doesn’t have to defend himself one bit. He had to do what he had to do” – Scott

“When it comes to winning in the playoffs, I don’t like that formula as far as trying to win a championship” – Scott

“He really has to take some blame for that because there are times when I watch the game, where they are up double-digits with very little time left on the clock and he’s still in the game, but he hasn’t achieved those 30 points” – T-Mac

Believe Rockets an get back to last season’s level?

“I don’t. There chance was last year with a healthy team. Two main reasons: Luc and Ariza. They’re not there” – Scott

McGrady followed that up with:

“I actually think they can because of the way James is playing right now. He has a lot more help. This guy is hungry”

We had @StephenCurry30 sneak 3 weird phrases into his @NBAAllStar interviews pic.twitter.com/1vIIvNPnxd

MSG on rumors of James Dolan courting buyers for Knicks: “The story is 100% false” (Via Bill Simmons’ “The Bill Simmons Podcast”)
According to sources who “know things”

“I don’t think it’s good or bad news. I would like to see new ownership to kind of rebrand the franchise because they’ve just been so bad for quite some time” – T-Mac

“It’s bad news for the Knicks fans. The Knick fans would love to have a new ownership in that arena. But, If I’m Dolan, you got the richest franchise in all of sports, especially in the NBA and you got the worst team in the NBA, think about what happens in 3-4 years if they start winning. They’re going to be that more valuable. I ain’t selling” – Scott 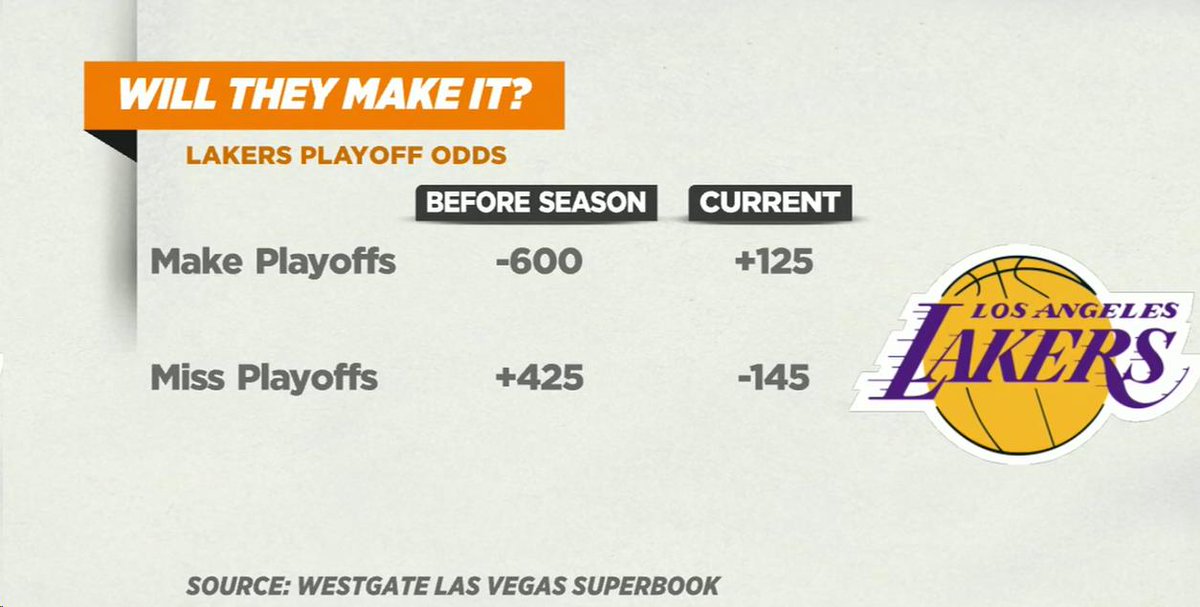 “They probably got to win 18 games to make the playoffs. It’s going to be hard because of the type of schedule they have” – Scott

Pat Riley: “I saw a dynasty fly out the window” when LeBron left (Via Dan Le Batard)

What if LeBron had stayed in Miami?

“That Cleveland team was right there with Miami” – Scott

Outside the Lines on disgraced former ref Tim Donaghy

Tim Donaghy denies allegations of fixing games (Outside the Lines)

10 of the games were blowouts, eliminating them from the study, but the findings concluded that:

“Donaghy favored the side that attracted more betting dollars in 23 of those 30 competitive games, or 77 percent of the time.”

“The odds that Tim Donaghy would have randomly made calls that produced that imbalance are 6,155-to-1.”

Statement from the NBA to ESPN:

“These analyses did not support your finding that an unbiased official would not have made the calls that Donaghy did.”

How did NBA players react to Tim Donaghy scandal?

“When this whole scandal came out, I was like, ‘That makes sense. It doesn’t surprise me'” – Scott

“This incident is what was born sort of a lot of the transparency that the NBA does now. With the last two minute report, the way the officiating crew is run, sort of the reforms to the officiating department, the way they show all these videos of what they’re calling” – Nichols

February 19, 2002 – A young Pau Gasol (Grizzlies) throwing it down hard with the one hand on Tim Duncan and David Robinson!

“This is going to open the door for other countries” – Scott

“I just want him to go out there, have fun and make some more money” – Scott

Could you see Giannis with Warriors in 2021? (Via Marcus Thompson/The Athletic)

“No chance. He’s a small market guy. He loves it in Milwaukee. I don’t think he’s a guy that wants to go and chase a championship. He wants to build his own empire” – T-Mac

“Giannis is one of those kids that loves Milwaukee. They gave him a chance, he’s built his brand in Milwaukee. He wants to win a championship in Milwaukee” – Scott