Jimmy Butler out “Because my body is hurting”

“I believe him. His body is hurting. This typically what happens” – TMac

“This is a decision that was influenced by like DeMarcus Cousins: If he does not have a contract in place and the Wolves will not trade him to a team that will assure him of a contract, he is not going to push with the way he did in the past” – Windhorst on his read of the situation

“I kind of understand given his set of circumstances why he is trying to leverage it. He’s just trying to protect himself. I’m not in love with it, but I’m not mad at him” – Windhorst

Monologue: How can Rockets regain their swagger? 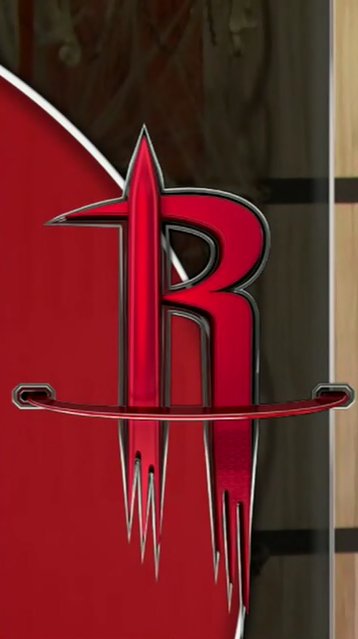 “This is what I was afraid of with this ball club. Losing Trevor [Ariza] was a big key because he defended and he knocked down open shots. He defended your best player. He is undervalue for what he gave this team last year and [Luc] Mbah a Moute. Their swagger is completely gone” – TMac

“They lost Ariza…bad, Mbah a Moute…bad, [Jeff] Bzdelik…bad. Added Carmelo Anthony which if you added him to that team that had those other three entities, maybe it wouldn’t have hurt them defensively as much. To be honest, he’s killing them defensively” – Windhorst

“The life is sucked out of this team. I don’t feel they’re a really good ball club right now” – TMac

October 31, 2001 – Jamaal Tinsley goes behind his back and dishes the nifty pass to Austin Croshere, who slams it home!

Aggression; Only a matter of time before Embiid breaks a rim?
Sixers/Raptors game last night

Heels; Do tall people next to short people make the best pictures?

Haircuts; Where does Kyrie rank in best handles all-time?

What changed for Kyrie last night?
Scored 31 points in a win over the Pistons

Tommy Heinsohn, the legendary Celtics broadcaster, motivated Irving to “get into better shape” 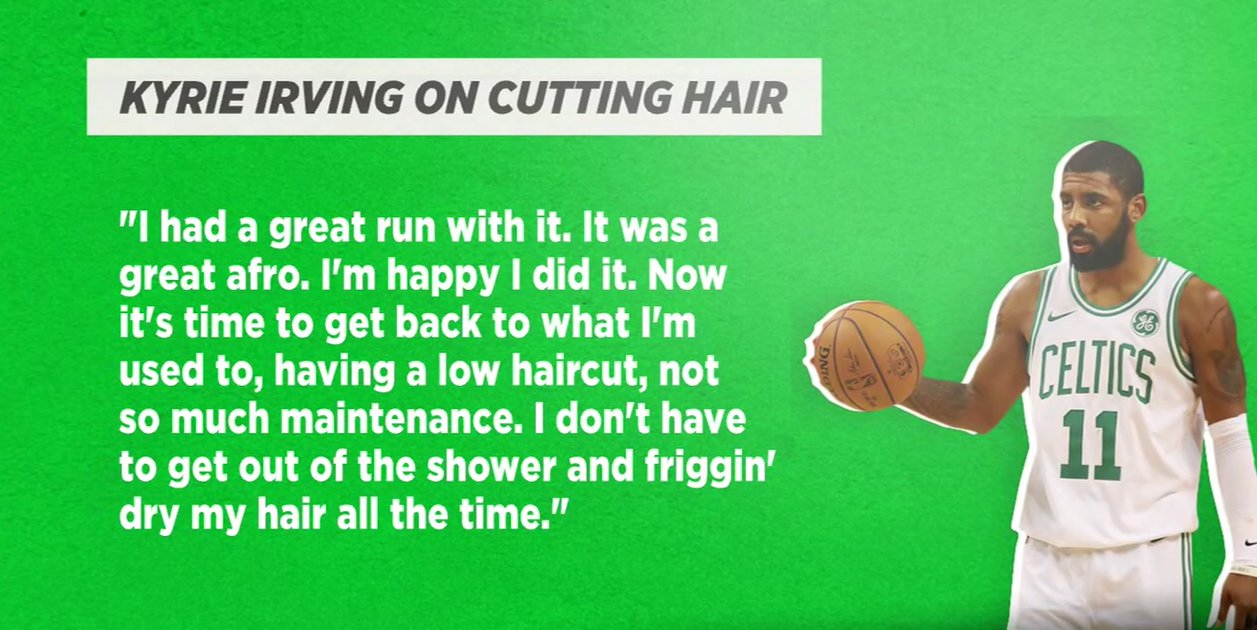 “He was more assertive. He had this game marked on his calendar” – TMac

During a timeout, OG Anunoby is asked about things people are afraid of (Raptors):

History of beef between Beverley and Westbrook:

2013 Playoffs: Beverley lunging for the ball — this was after a timeout had been granted — Westbrook is upset and was in a lot of pain. Tore his meniscus

March 2014: Beverley swiped the ball away from Westbrook after a timeout. Both guys had to be separated. Beverley got a tech

2016 Playoffs: Westbrook fouled Beverley, appeared to swing at his arm below the belt

Tuesday night: Beverley assessed a flagrant 1 after he dove for the ball in the direction of Westbrook’s knees. Westbrook got a tech too

Dirty play by Beverley on Westbrook?

“This was a very dangerous play. Everybody is lucky that Russell did not get hurt on that play. Because of the whistle on the play he was injured on, that makes that one so much worse” – Windhorst

Do Wizards need a shake-up? 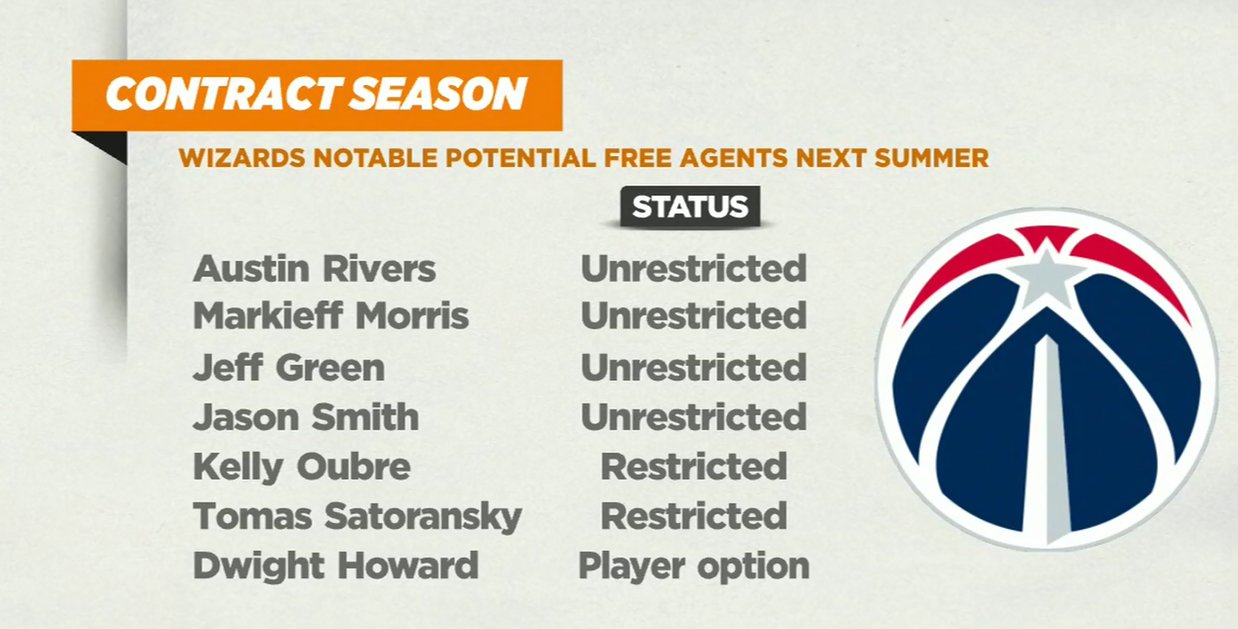 “Right now, they stink. There’s no other way to put it” – TMac

“You’re going to have to break it up” – TMac

“One of the things that was brought up to me: There are six free agents to be on this team and that is causing some of the issues with some guys, maybe, looking for their shot a little bit more” – Windhorst

“Brad Beal would look good in a Lakers uniform because he can shoot the ball. I’m just saying” – TMac

“They’re a playoff team, but they’re not a top 4 team” – Windhorst

Jimmy Butler out “Because my body is hurting” (Cont’d)

“His plan is to play in Golden State. They play twice in LA next week. Talking to people around him, those are games he loves. The stage of playing the Lakers, he could end up there as a free agent in the summer if he gets out on the market” – Woj

“His [Larry Drew] feeling is this: He’s not dying to take this role on. He wants some kind of contractual agreement” – Woj

“He feels like he’s going to be an assistant somewhere next year anyway. He knows what’s coming. A lot of losses” – Woj

“It’s a mess. I’m little confused on this whole situation. As a player, I’m little upset how this has all played out” – TMac

“I’ve talked to teams. There’s going to be interest in Kevin Love” -Woj
Note: Due to the contract that Love signed in the offseason, he cannot be traded until January 23, 2019

“He is a player for win now teams who are looking to bring in shooing. Kyle has partial guaranteed money next year” – Woj

Steph Curry is the ultimate one-off by Brian Windhorst

Day in the life of Pacers star, Victor Oladipo (Via NBA Entertainment):

“He is an all-time great right now” – TMac

“If you want to put the accolades on what he’s achieved, there’s not many players that has done what he’s accomplished. That’s tough to argue” – TMac

“Steph changed the game more than Kobe did” – Windhorst

Happy Halloween from The Jump!

McGrady on why he wore that suit:

“I was going to the set and I just grabbed a suit out of my closet because we get free suits all the time. I had never tried this suit on and when I put this on, I was like ‘Man. Please. Don’t make me stand up in studio'”