Chances LeBron appears on Dancing with the Stars one day?

“What he talked about is true though. The idea of winning. That’s ultimately what LeBron is going to be judged on as a Laker” – Isola

“It was an implicit endorsement of him” – Herring

Tatum not worried about role on Celtics? 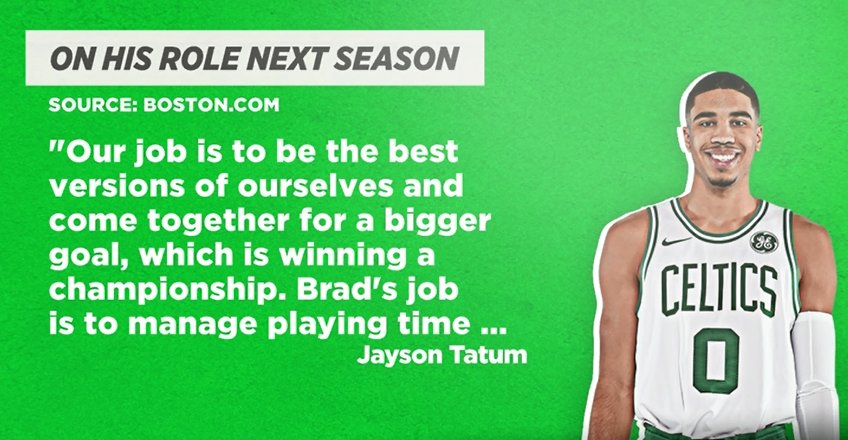 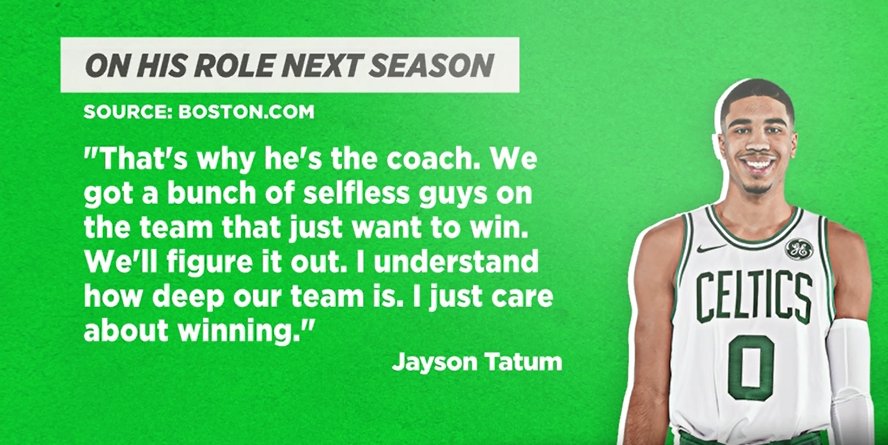 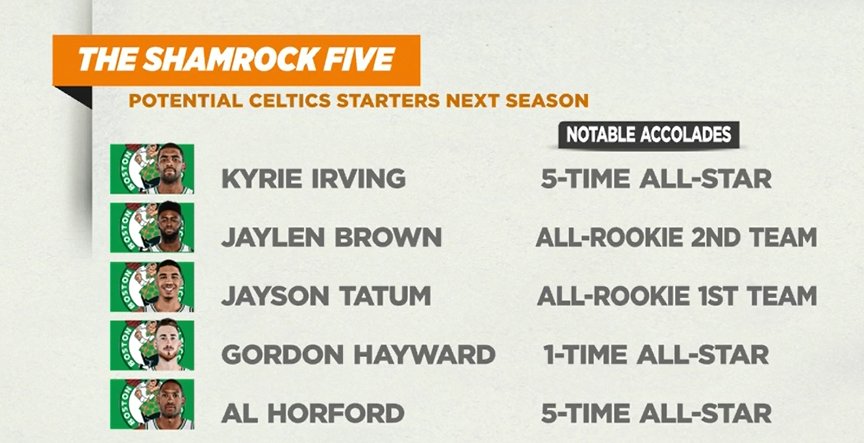 “A little bit. He needs to gel with someone like Gordon Hayward because if (Jaylen) Brown gets hurt or something like that, you’re going to have to share minutes with some of these guys. He’s going to need time to gel with them. But he’s going to be doing it off the bench” – Herring

Buckets; Expect another big jump from Aaron Gordon this season?

Layups; Should NBA players be studying these guys for dunk contest ideas?

Nostalgia; How has the league changed since the 80s? (Via NBA Reddit user: u/macgarnickle)

Why don’t the Sixers have a GM yet?

“Yes. They want to name a general manager. But they are also looking for someone who doesn’t have the final say, so to speak. They want to do it all like a group decision. There’s a guy in the ownership group, his name is David Heller. He’s one of these guys from New York. When (Sam) Hinkie was the GM, from what you hear, Heller was a guy that who was basically running the meetings and he had a heavy hand in the decision-making and at this particular time, he again has a hand in the decision-making” – Keith Pompey (Philadelphia Inquirer) to Chris Mannix on the Yahoo! Sports podcast

“The Sixers need to go out and hire a GM” – Isola

Are Pacers a contender in the East?

“I actually like them. I like their pickups too. “I don’t think last year was a fluke. I thought they could have beaten Cleveland” – Herring

“I think they absolutely are. They almost knocked off LeBron in the first round” – Isola

Jemele Hill of The Undefeated joined the show!

Redick on Clippers era: “There was so much pettiness” (Via Pardon My Take)

INTERVIEWER: “Was the most annoying team pretty much all time to watch because every year it’s like ‘The Clippers. The Clippers. This is the year.’ What was the moments like it kind of fell apart when you felt like it was going to build something?”

REDICK: “It was weird because separately everybody was really cool with each other, off the court everybody sort of got along. And then, there was just so much pettiness, it was just pettiness. It’s weird to think what we had the potential to accomplish and what ultimately derailed that was pettiness. I think the biggest problem was passive-aggressiveness. Like, I would rather have a guy blow-up at a teammate, whether it ends in a fight or just a verbal shouting match I think getting stuff out in the open is healthier than sort of holding it in and just whispering things in corners and never really addressing the root issues”

“They were never the same organization after that. They should have been in the Western Conference Finals that year” – Isola
Lookback: May 2015, 19 point lead in Game 6; 13 point lead heading into the 4th quarter vs the Rockets; blew a 3-1 series lead

“They had the talent to break through, but they couldn’t put it back together” – Herring

“They just don’t want to because right now, their feelings are hurt. LeBron is the player of this generation. They feel like Kobe should be in this conversation whenever they talk about greatest ever. This is the NBA version of Biggie, Pac” – Hill

“What other situation could LeBron go to a team that was not in the playoffs, had not been in the playoffs for five years and not want him?” – Herring 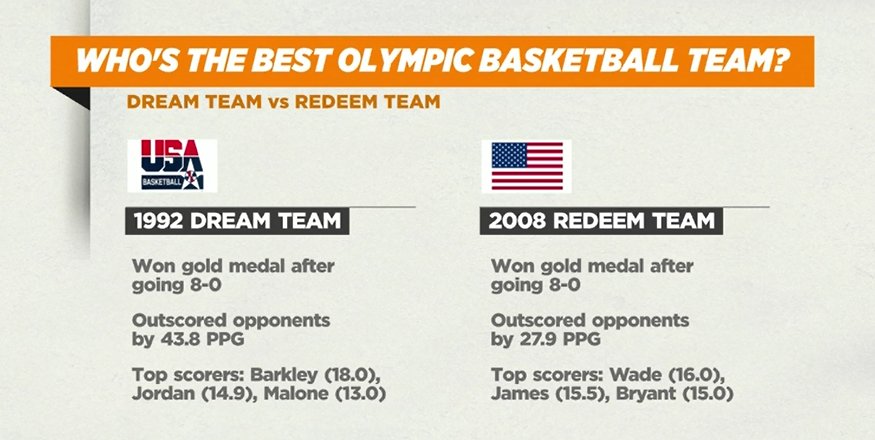 Isola: Dream Team
“Only because Isiah Thomas should have been on the team”

Herring: Redeem Team
“Athletically, the redeem team would blow them off the court”

Hill: Dream Team
“They meshed together perfectly. That team was better”

“It was really beautiful and genuine. It’s an awesome tribute to his mom” – Hill

“You could tell that he was speaking from the heart” – Isola

Here’s her postgame interview with Holly Rowe after the Phoenix Mercury beat the Connecticut Sun in a playoff game:

“She is a savage and I mean that with respect” – Hill

“She’s a killer. It is so much fun watching her play” – Herring

ESPN.com: The future of Mental Health in NBA

S/o to espn and Jackie MacMullan for giving me a platform to share my story. OCD is a disorder that many people may not fully understand and I’m glad I could bring light to the situation.… https://t.co/W9w4h5kBPv

“This is especially a tough battle for all professional athletes” – Hill

“You go through different phases of your career. It totally changes the scope of what these players are facing” – Herring

Pressure on Trae Young in Atlanta?

“He’s going to be as scrutinized as any rookie” – Isola

“Social media for them is a street corner. It’s the place where they gather. I applaud that he already is exhibiting this of discipline and maturity” – Hill

What do the kids need to know about Penny Hardaway?

“A lot of kids are wearing my shoes and don’t even know who I am. But the kids that do know, they do understand that the Foamposite (Nike) is my shoe and they love the Foamposite. The last 5 or 6 years of my career didn’t end the way I wanted it to and they weren’t (his players) even born. Most of these kids, when I was in my prime(s), they go on YouTube just to see ‘Let me see if this guy is as good as they say he was’ or whatever and they come back to me and go ‘Coach? You were good.’ And I’m like ‘Thanks man. I appreciate it.'” – Hardaway

“He was the player that you watched” – Herring

“Tell them to show the Lil Penny commercials” – Isola